Here is the last in our transportation series – All Things Train! We looked at electric trains, diesel trains and of course steam trains! So far in our transportation series we have featured airplanes, cars, trucks, tractors, boats, construction vehicles and buses. But considering that I have a train-obsessed son, I’ve actually found it rather hard to get round to finishing the unit about trains. Mostly because we always seem to focus on trains every day! So here are a couple of new train-centric crafts, and then some links to our favourite train crafts and activities that you may have missed.

I found a wooden unfinished train-shaped cutout (like this one, but with a hanging tape attached) at my local craft store, and we used dot markers to paint it. After dabbing on a few colors F wanted to play with the lids (deliberately replacing them on the wrong paint tube to get my reaction!) so I finished painting the train. 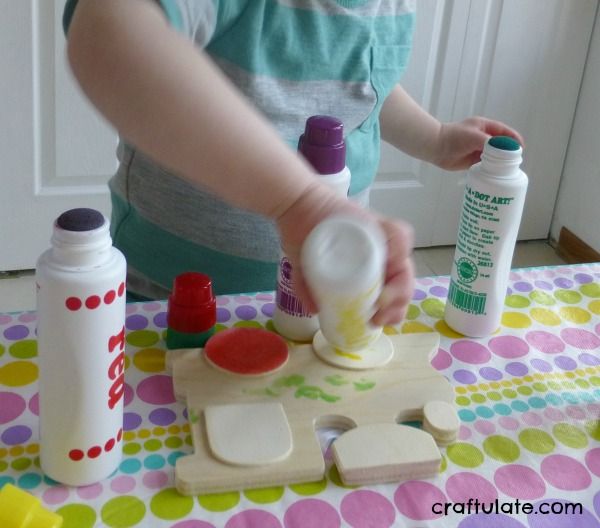 Coloring isn’t F’s favorite activity right now but he did agree to color in this picture of a modern train. He chose brown!

This craft was a joint effort! We used the press-out pieces from the book Things That Go and F colored in the three train cars. I colored in some of the other details like the electrical connectors (using my silver Sharpie), the roofs and the bases. Then I got to construct them and F got to play with them! TooTooNi! by Planarsoft
We’ve had this app for nearly two years now and it is great value! It features 15 games within the app including painting, connect the dots, maths, puzzles and mazes. Highly recommended!

Toca Train by Toca Boca
Drive the train around the track, collecting passengers or cargo. Change the speed, blow the whistle, and even change camera angle.

Chug Patrol – Chuggington Interactive Book by Story Toys
A little more expensive than the other apps but this interactive book is great! Every now and then there is a break in the story with a little game – it really makes the book come alive.

These are some more train crafts and activities that we have shared recently:

Train Track Number Hunt
Plan a route around the train track so that the train collects the number blocks in the right order! 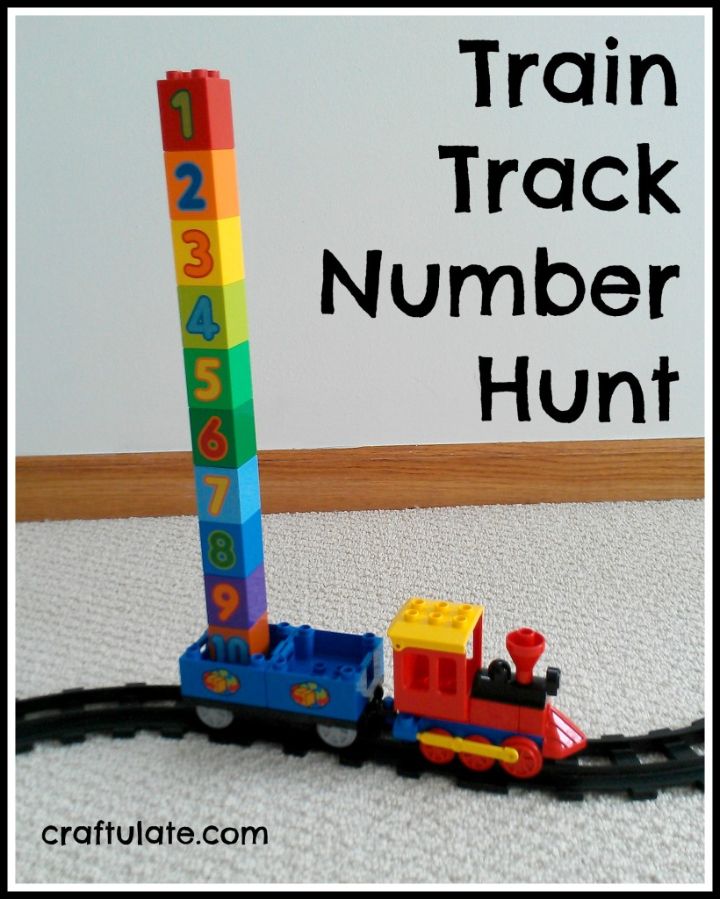 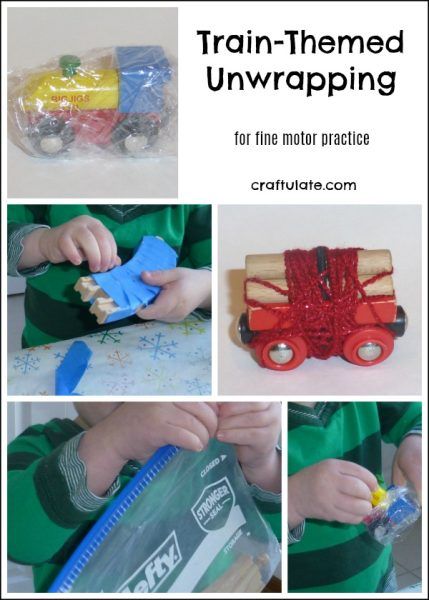 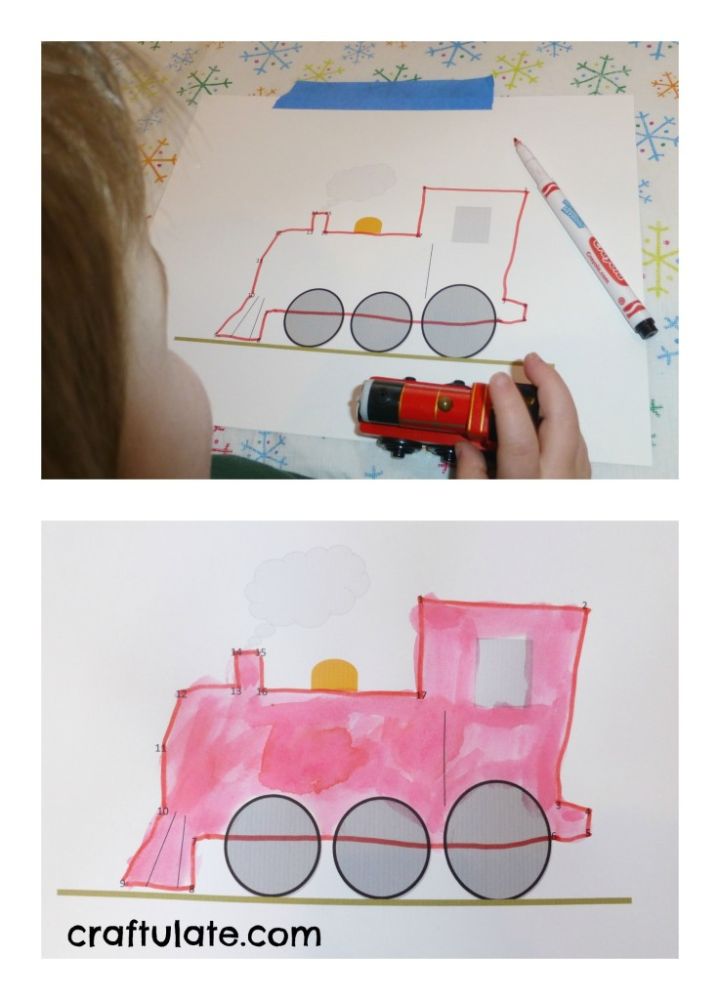 Tissue Box Train
I made this for my son and unsurprisingly he loves it! Train Shape Matching Puzzle
We played with this puzzle on a laminated template, with magnets and also in the bath!! DIY Train Set for the Bath
These trains and tracks are made from craft foam, and are great for having  fun in the bath. 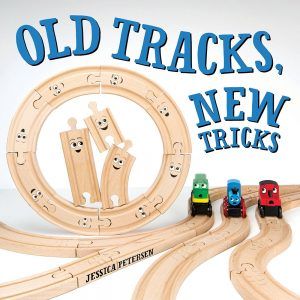