Here is our connect the dots with numbers fine motor activity that incorporates three things that my son loves – transport, numbers and puzzles! 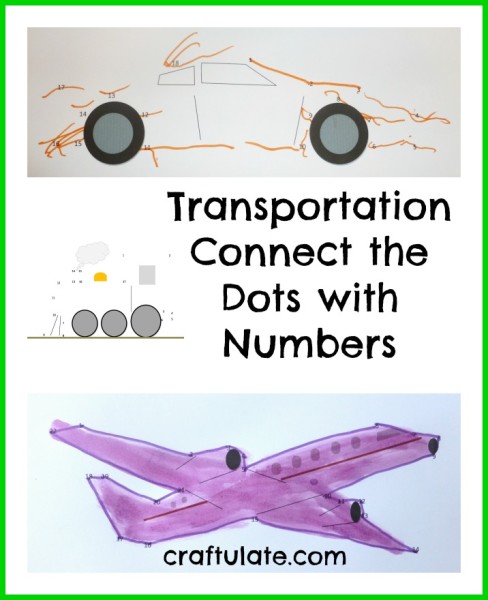 We recently tried out line tracing to practice pre-writing fine motor skills. This is a variation on the theme and because we’ve been looking at a lot of words and letters recently, I used numbers instead.

I made some simple connect-the-dot (dot-to-dot) puzzles with numbers. I just used a basic ClipArt image in Word, then added the numbers, drew in a few basic details, then deleted the original image, leaving just the outline of dots. I did this with a picture of an airplane, a car and a train. I used numbers up to 22 (a random choice based on how many numbers I needed for the design, but I knew that I wanted to include the mid-teens which are F’s weak point when counting to 20. 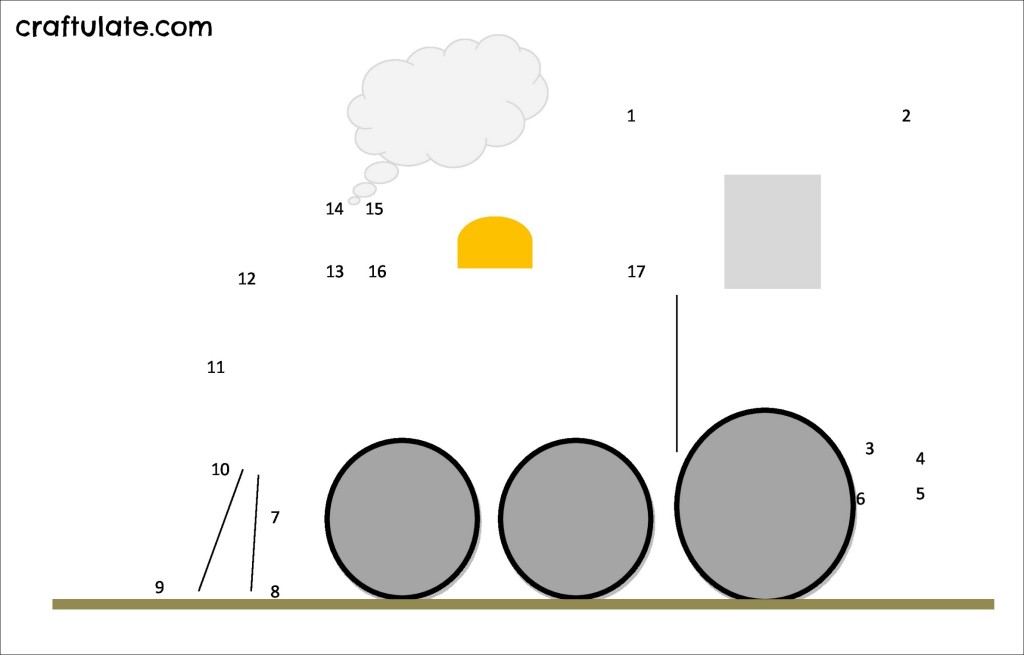 I carefully didn’t ask him which he wanted to do first: the airplane, car or train – as the final picture is supposed to be a surprise with Connect the Dots, right? So I just showed him the blank options and asked him which one he wanted to do. He asked for the airplane. Sheesh.

We tried out our new paint pens (kindly sent to us by our friends at craftprojectideas.com) and I showed F how to start at 1 and draw a line to number 2. He’d done similar puzzles on the Kindle, but never for “real”. 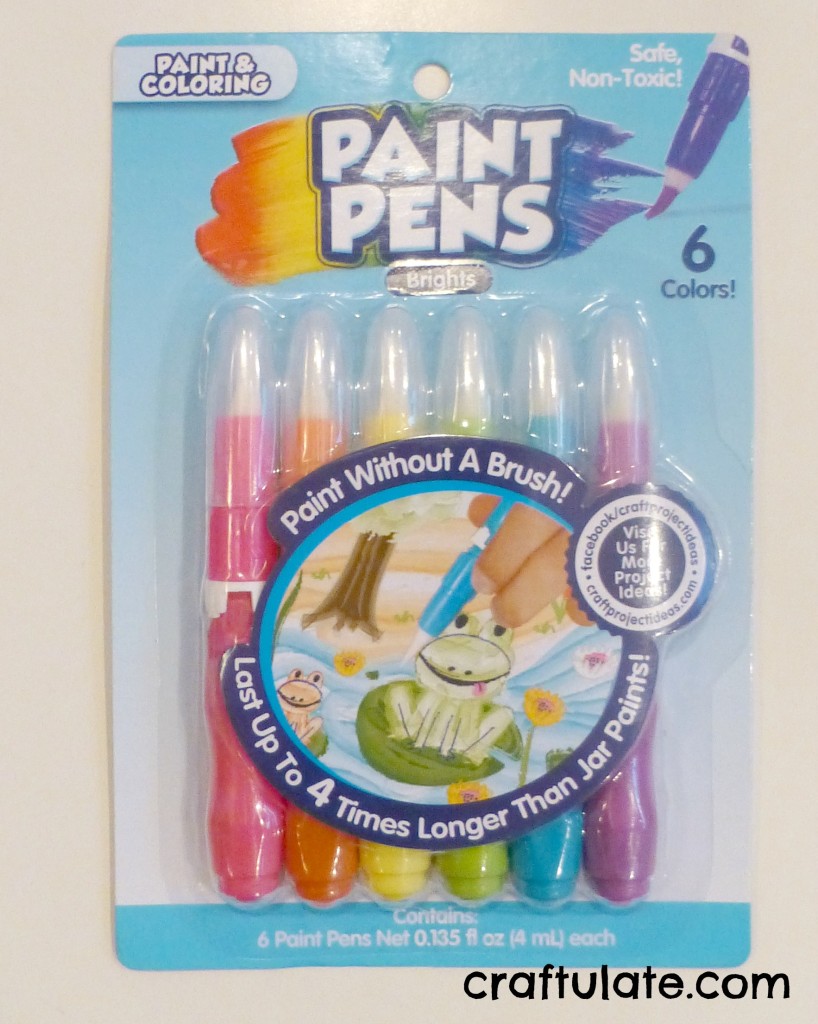 He started by just dotting the paint over each number, rather than drawing a line between the two. The paint pens were really easy for him to use, and he did the first 11 or so in the right order. But then he got annoyed with me for trying to show him how to do it properly, so I just let him finish as he wanted, and I drew in the lines afterwards. 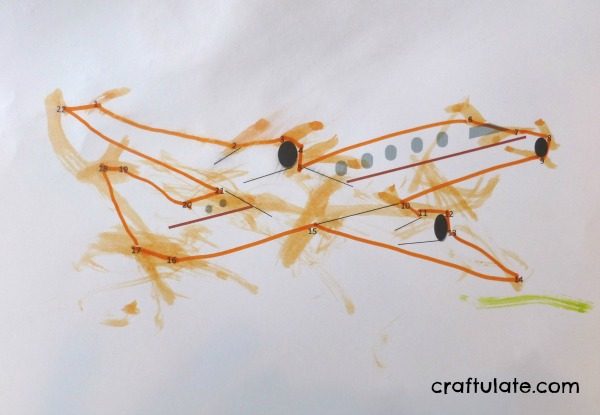 A few days later we tried the train picture. We used markers to join the dots this time, and although F started drawing in the lines, he then reverted to “crossing-off” each number, and gave up at 11. He used the paint pens to colour in the train. 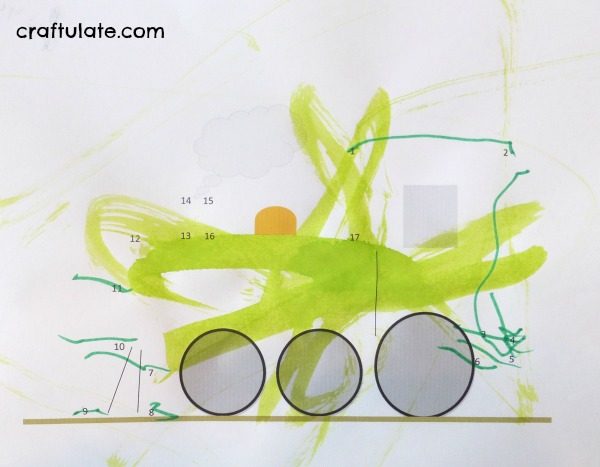 Next up was the car. I demonstrated 1-3 and then he took over. Again a mixed result but I knew he was trying! 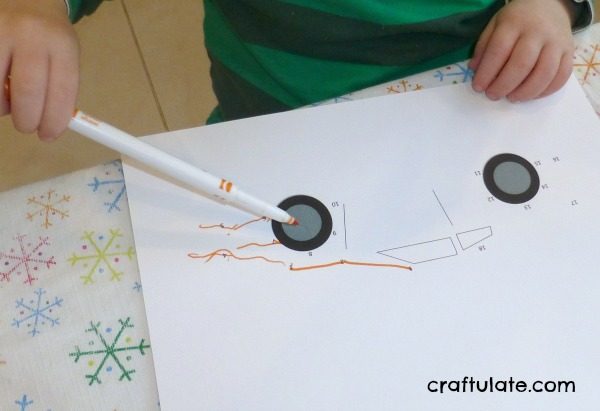 Again we used the paint pens for an easy way to add some colour. At this point he asked to do the train again, but he sat on my lap to do it. He pointed at which number was next, and I drew the lines between them. As good as the fine motor practice is for him, it was also nice that this way he could just focus on the numbers and the final picture. 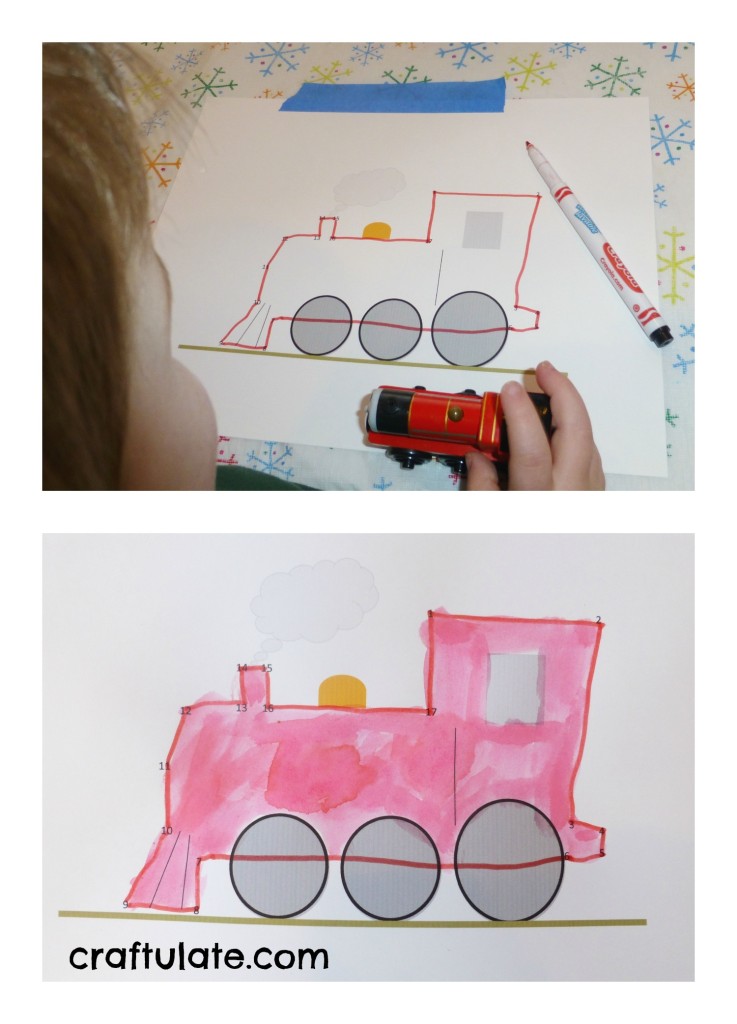 This airplane was another variation – he called out the numbers to me to draw lines between. Then he let me colour it in too. 😉 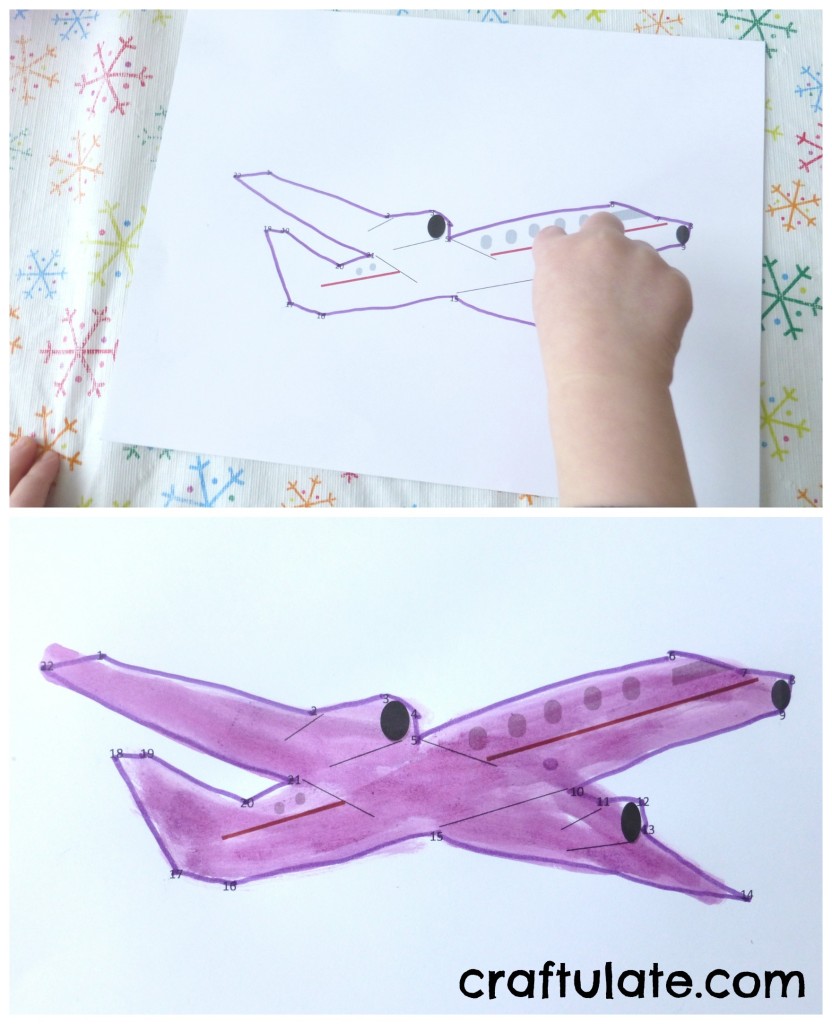 These connect the dot worksheets are available from the Craftulate Shop – all three for just $1!!

But let’s see what the rest of the team has been up to this week!

How to make Foam Lacing Shapes from Powerful Mothering