We had such fun with our Train Track Number Hunt that I designed a different version – this time it was an alphabet train! To prepare for this activity I printed off the alphabet onto little cards that would fit inside my son’s cargo car for his wooden train track. I used RMBlock font but there are lots of other great free train fonts out there – I also considered Letter Train, JI Toy Train and KBAllAboard.

I designed a complicated wooden track for him and laid out the alphabet cards so that he would have to plan his route very carefully to collect them in the correct order. 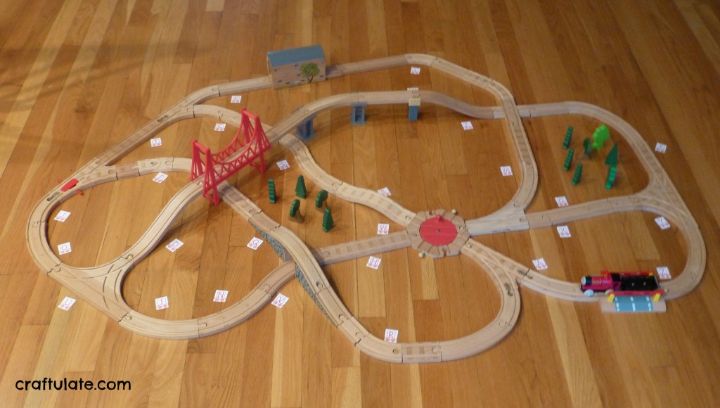 I used as many junctions as I could! 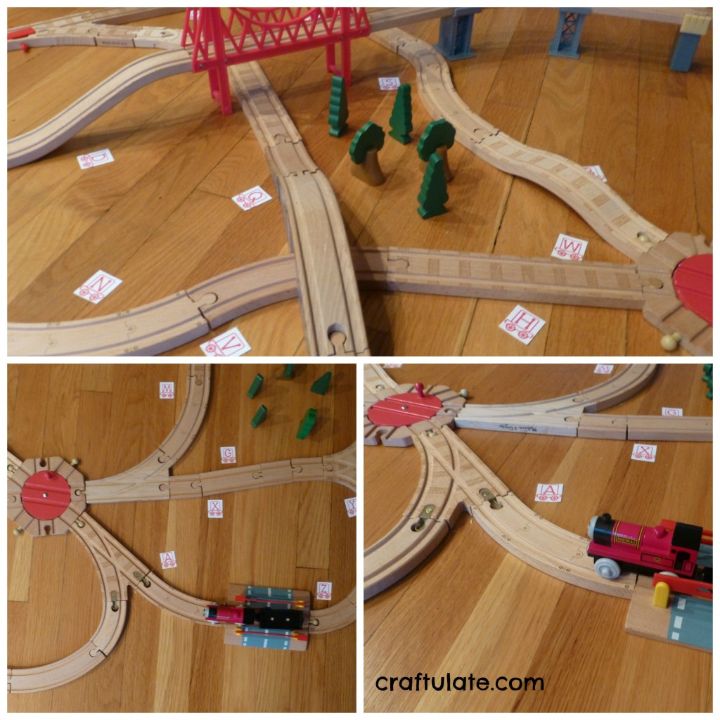 F loved it immediately! He very diligently collected all the letters in the cargo car (bonus points if you can name the engine!). 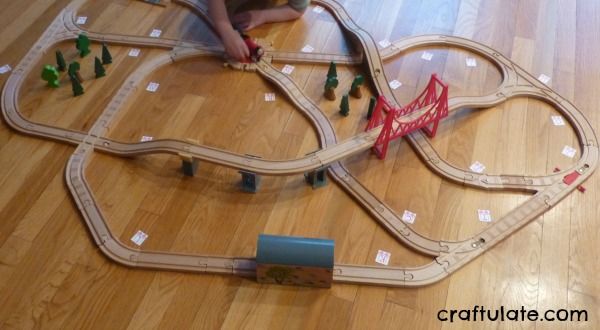 Every now and then he would pause to check where the next letter was so he could work out where the train should go next. You can see here that he has got up to “O” and has gone past the route to collect the “P”. So he had to back up the train and try again. 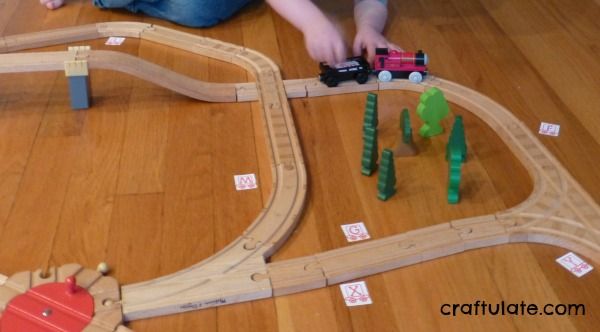 The cargo car held all the letter cards neatly. 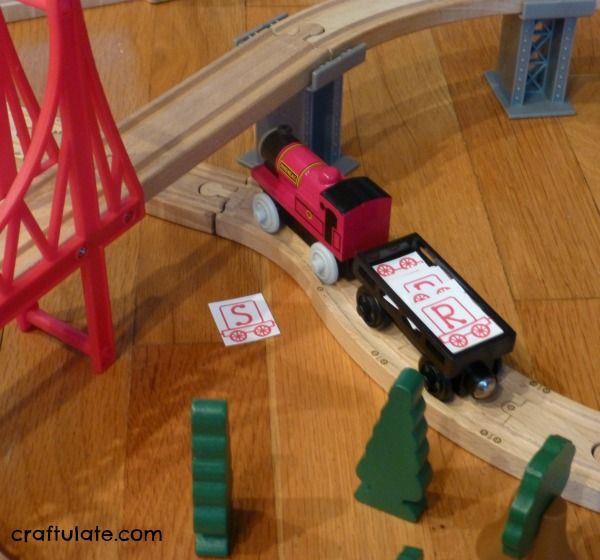 When he had finished he checked that he hadn’t missed any cards and then said “yay – you counted alphabet!” and looked pretty pleased with himself! 🙂

Later that same day he wanted to play the alphabet train game again, and he started to put the letter cards out randomly around the track. I nearly corrected him by putting them in a sensible order, but instead I left him to it and he busied himself with collecting the cards for nearly twenty minutes!

This activity is part of our transport unit All Things Train.