This Thomas the Train Pumpkin craft is for my train-obsessed little boy! The art of pumpkin carving eludes me. I’ve never done it or even seen it done. Until someone shows me how to do it, I’ll stick with decorating my pumpkins with googly eyes, jewels and now: a Thomas face!

* We tried this craft with a fake plastic craft pumpkin (6.5″) but there’s no reason why it wouldn’t work with a real one!

Our first task was to paint the pumpkin blue. It needed a couple of coats but F helped me. Washable paint is a bonus here if you are getting the kids involved! 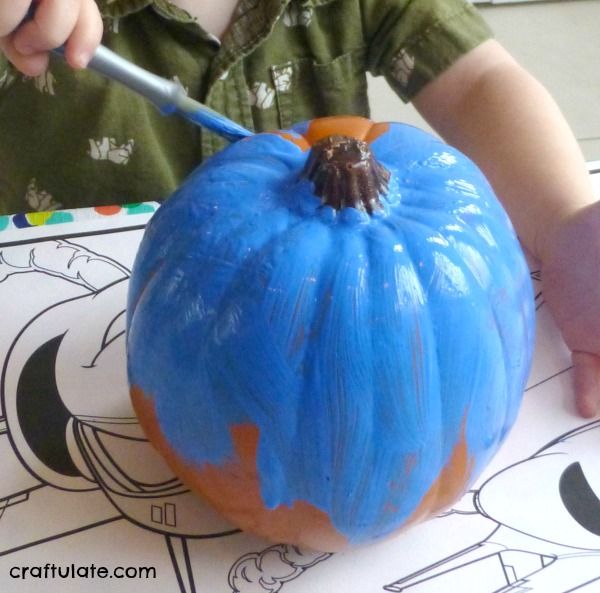 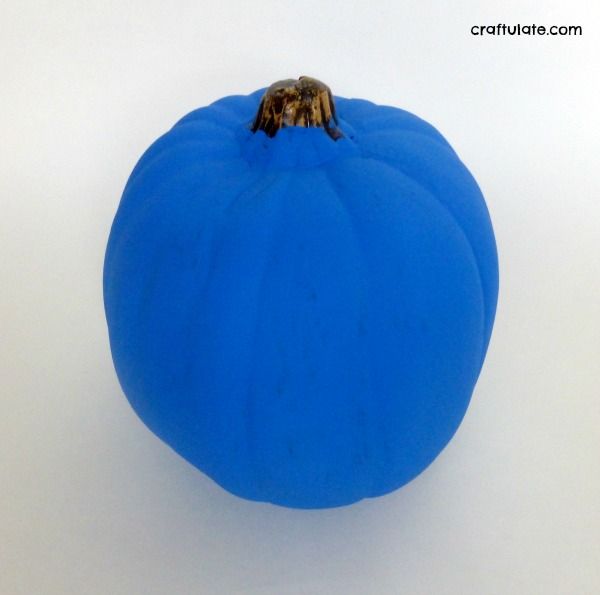 We made the smokestack (funnel), by painting the cardboard tube with black paint. Once all the paint had dried, we started to work on the face. I cut two circles of self adhesive foam; one in gray and then a slightly larger one in black. I attached the black one to the pumpkin using the adhesive backing – then added extra glue with a hot glue gun on a couple of areas that poked up due to the curve of the pumpkin.

Using a picture of Thomas as a guide I cut out some face parts from black, white and gray foam sheets.  F attached them to the gray circle and also some googly eyes (although you could make some craft foam eyes instead). 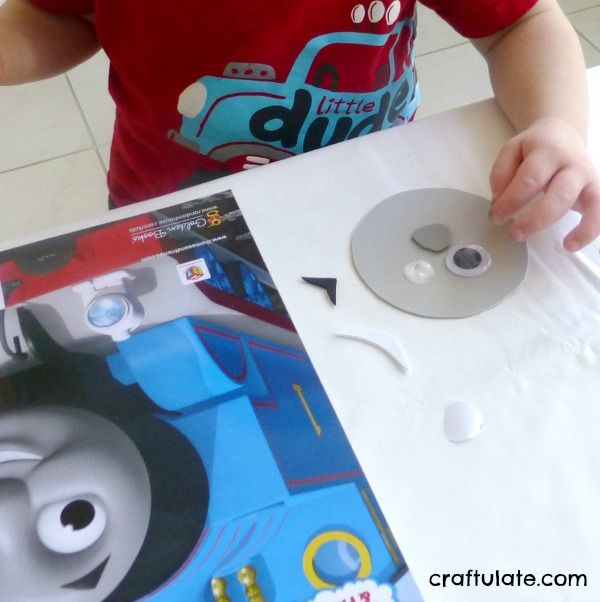 I cut down the cardboard tube a little to make it better proportionally, then F helped me glue it onto the top of the pumpkin. I gave him white craft glue to use because I wanted him to feel involved, but I went back afterwards and used the hot glue gun to attach it securely. To finish I glued the gray face onto the black circle, and added some fake spider web to resemble smoke! He’s featured here with a special Halloween Thomas! 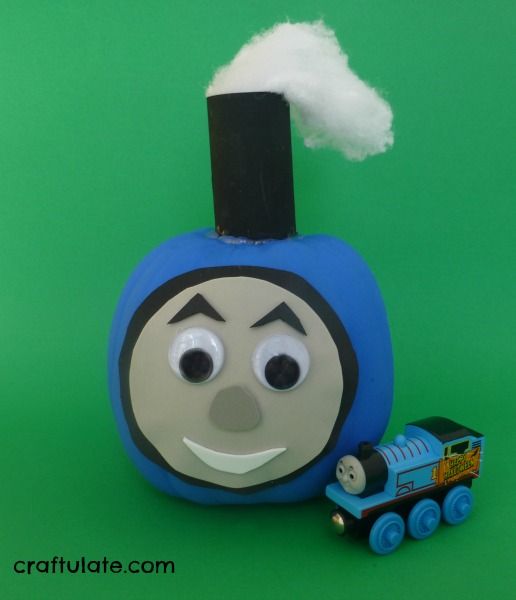 If you want to make a “proper” Thomas the Train Pumpkin, check out the two free templates for carving Thomas onto your pumpkin from DLTK.