This flapping owl puppet craft is very adorable and is a lot of fun to make! Make sure you watch the video tutorial, too! This craft was inspired by my visit earlier this week to the Puppets! interactive installation at The Art Institute of Chicago. See my full review on Toddling Around Chicagoland. 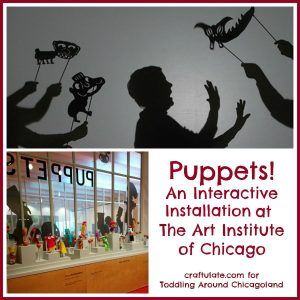 To make this puppet you’ll need:

I decided that I wanted a movable puppet, so went for a “Jumping Jack” style puppet – but instead we made a flapping owl! I used a basic outline from Clker, then made a few alterations to basically separate the wings. You can grab a free printable of this flapping owl puppet from my Craftulate Shop – just download and print it out onto white card.

Then you can get the kids involved and they can color in the owl. My son chose to make a brown owl but it could be any color! Cut out round the main body of the owl plus the two wings. Using a craft knife on a cutting mat, make two holes on each wing (marked with a cross and a circle) and one hole on each side of the body (marked with a cross). This is definitely a job for an adult! 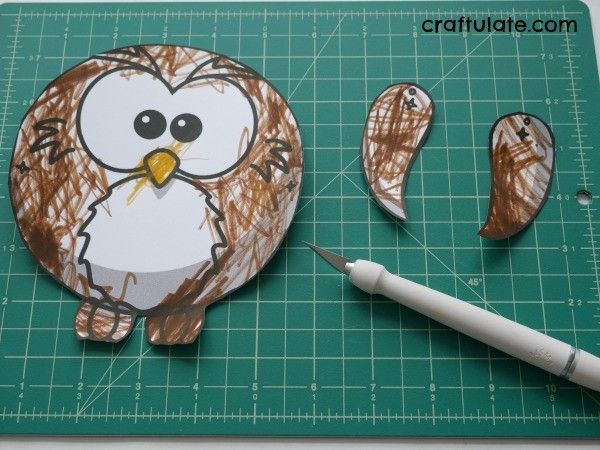 Push a paper fastener through one of the holes on the body, then through the matching hole on the wing. Make sure that the wing is behind the body. Open out the brad and ensure that the wing moves freely – it should always drop down unless you’re holding it up. Repeat for the other wing. 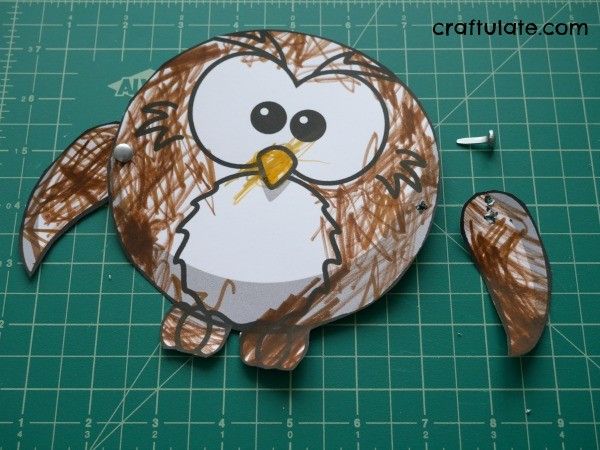 Attach some thread to the circle hole in one of the wings. Tie the other end of the thread to the opposite wing – again you want the wings to hang loose when the knots have been tied. 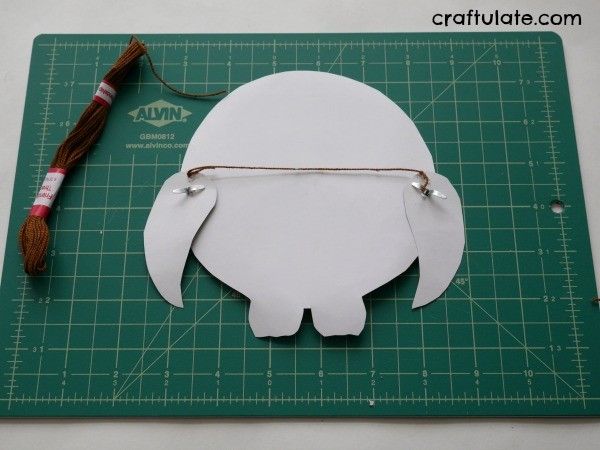 Then add a longer piece of thread by tying it to the middle of the first thread. If you pull down on the thread the wings should flap! 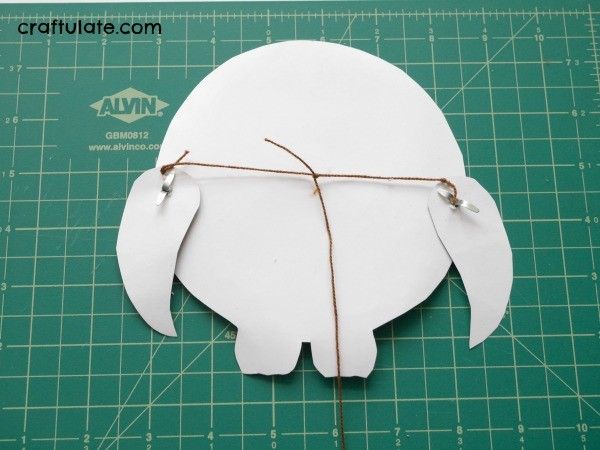 There are obviously lots of fiddly bits involved in finishing off this puppet. Older children can help with more of the tasks, meanwhile younger children can still assist by choosing colour of brads and/or thread.

To complete the puppet you could either glue a craft stick to the back to become a hand held puppet, or add another length of thread from the top to hang it up. Then add some googly eyes and you’re finished! 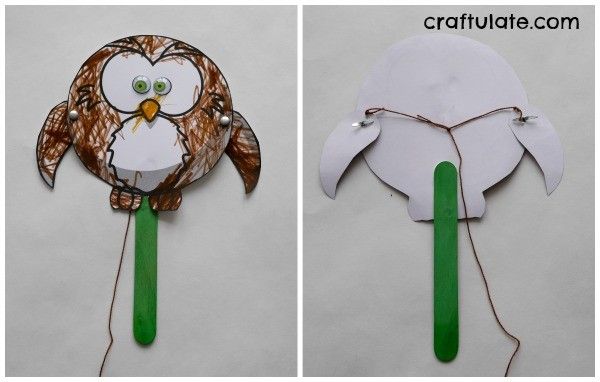