We are delighted to be taking part in the 40 Days of Sensory Bin Fillers series, hosted by Little Bins for Little Hands. I have chosen to focus on one of the cheapest and most accessible fillers: sensory bins with paper. Paper is a cheap and versatile component for sensory bins, especially if you have a paper shredder! Paper can either be the star of the sensory experience or a filler. Here are some easy ideas for how to use paper in your next sensory bin, and if you’ve used paper for a sensory bin please join the link-up at the foot of the post.

Crinkle paper from the Dollar Store formed the filler for this sensory bin. I hid pictures from the “Fill-a-Truck” game that I made several months ago. The game hasn’t been played with for a while so I wanted to re-introduce it in a fun way. Adding the pictures to a sensory bin really rejuvenated my son’s interest and he played with it all over again! The contrast of the shiny laminated pictures with the rough crinkly paper was really interesting, too!

I used the same crinkle paper for this Birds’ Nest Small World. According to the sensory bin guru Sarah from Little Bins for Little Hands (and host of this series), a Small World is not necessarily a sensory bin (see her useful article on the differences) but I thought I’d include it anyway! I put this together for my son using toy birds, feathers, pipe cleaner “worms” and some homemade salt dough birds’ eggs. I used coloured shredded paper for this Fire Sensory Bin during our focus on fire and fire trucks. 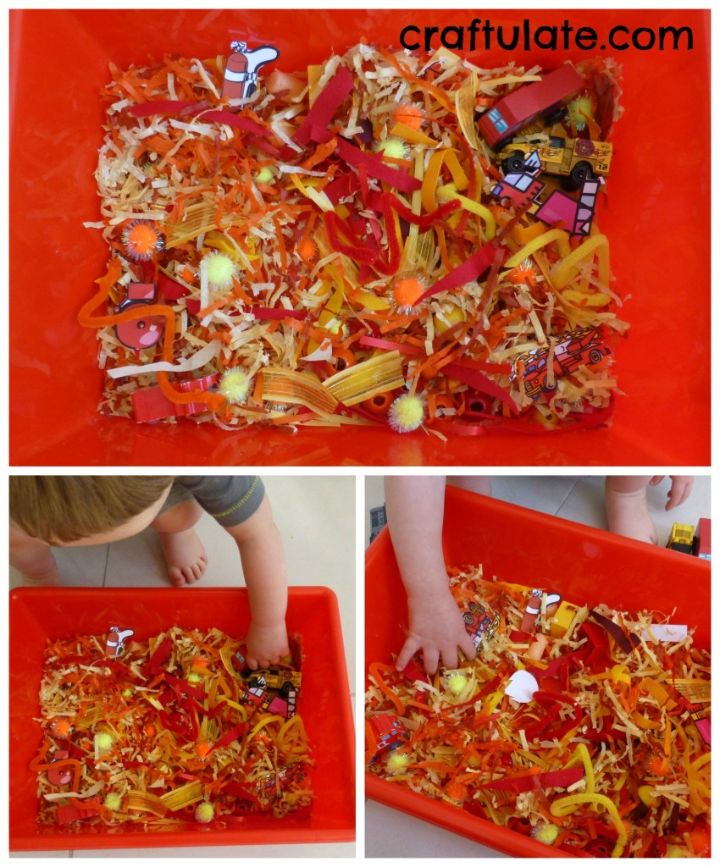 I used plain white shredded paper as the filler for this Magnet Discovery Bin. It was perfect for hiding all those magnetic items that needed to be found! I had some “less than satisfactory” toilet paper delivered by our grocery people, so rather than throw it away I ripped off loads of pieces to start making a sensory bin. I thought my son would join me for this, but it didn’t interest him. Obviously the roll needs to be attached to the wall before he wants anything to do with it!

However, he DID get involved as soon as I brought out the water squirt bottle. He squeezed out all the bottle until we had a soggy mess! It was really squidgy and spongy to the touch. 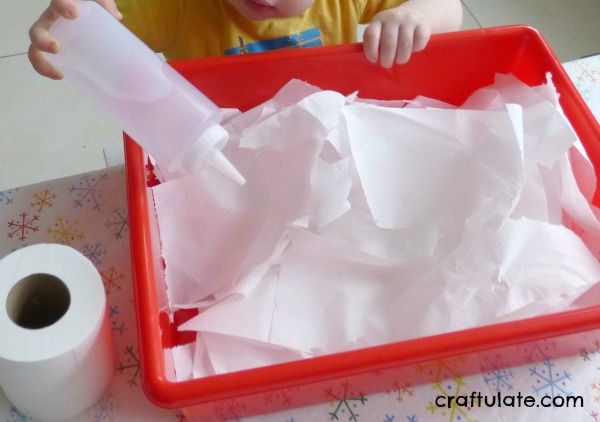 I used a mixture of construction paper and tissue paper (as well as many other items!) to create this Crazy Colour Sensory Bin. The colours were really bright and inviting. Please check out the other posts in this series for more sensory bin filler ideas and follow the series Pinterest Board! 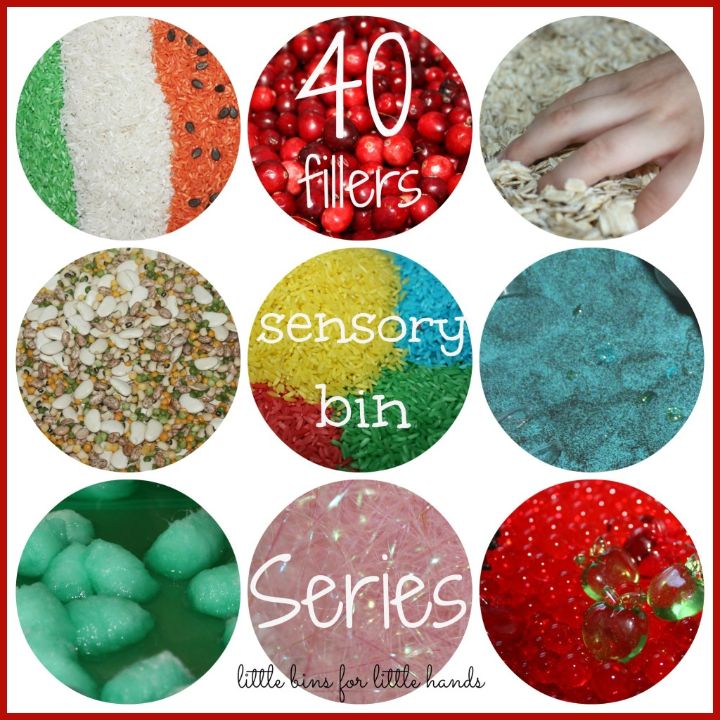