This Nerf Slime makes for some ooey gooey slimey fun! I created this slime recipe at my six year old son’s request. The other day he asked me if we’d ever made slime before. Yes, of course! I replied, almost offended that he had forgotten. Then I looked it up, and the last one that I made was Easter Chocolate Slime, over two years ago. So I forgave him. 🙂 I asked what kind of slime he would like, and he asked for Nerf Slime (did you see our Nerf party favor bags?). How could I refuse?!?

Note: When you have finished playing with the slime, please do NOT discard it down the sink. It should be placed in a bag and thrown away in the regular garbage. Slime should not be consumed in any amount.

I based the Nerf slime on my favorite recipe, which is as follows:

Check out my How to Make Slime Video! This version uses clear glue instead of white glue, but the method is the same!

For this slime I actually used a large 7.62 oz bottle of glue, and divided it between two bowls, with about three-quarters in one. To the large puddle of glue I added a lot of blue food dye, and then added orange dye to the other bowl. 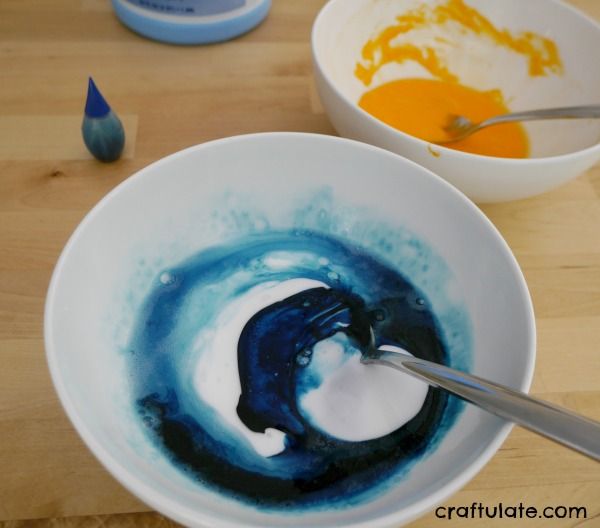 To each bowl I gradually added the liquid starch, stirring well. As soon as it didn’t feel sticky to the touch, I knew that I had enough. Then I kneaded it for a minute to ensure that we had two batches of stretchy non-sticky non-stringy slime.

I placed the slime in a large baking dish, and pulled it roughly into a dart shape. Then I added some real Nerf darts! 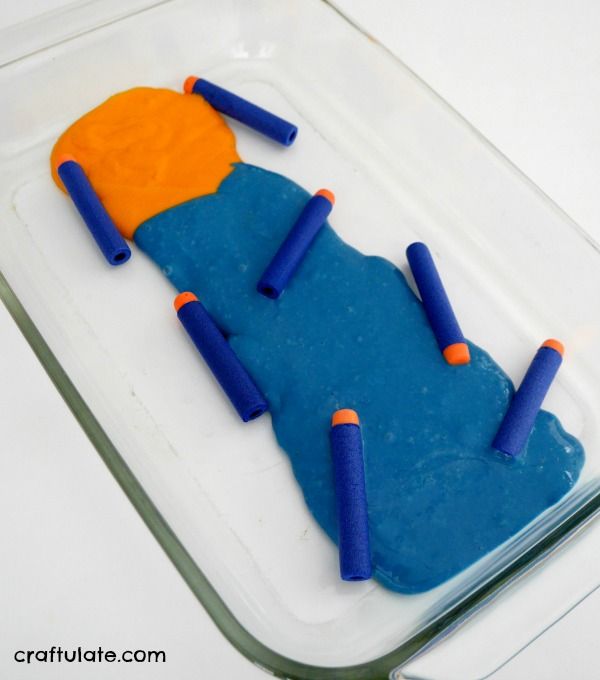 F thought it was hilarious! He had great fun hiding the darts, and playing with the stretchy ooey gooey slime. It all ended up in a big mess, but that’s OK! 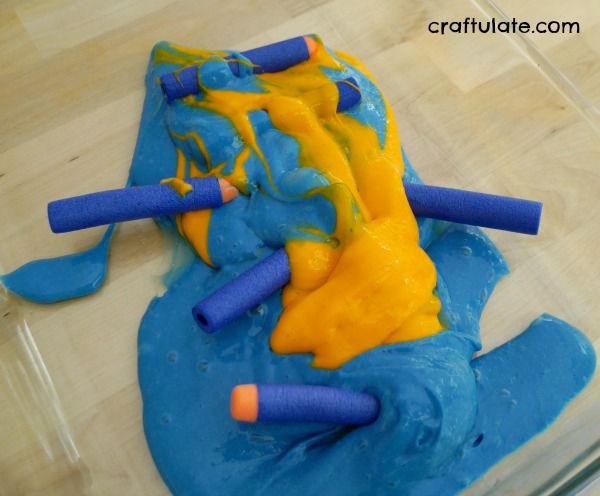 by craftulate
Category Play Recipes
A basic slime recipe for you to make for the kids! DO NOT EAT.
Prep Time
10 minutes

bugs,
sensory,
slime
© 2022 This recipe is copyright of craftulate.com, do not reprint or republish without permission.
https://craftulate.com/bug-slime/
Follow Craftulate’s board Dough, Clay, Goop and Slime! on Pinterest.