This gross motor number game takes only a few minutes to set up and has so many play variations! 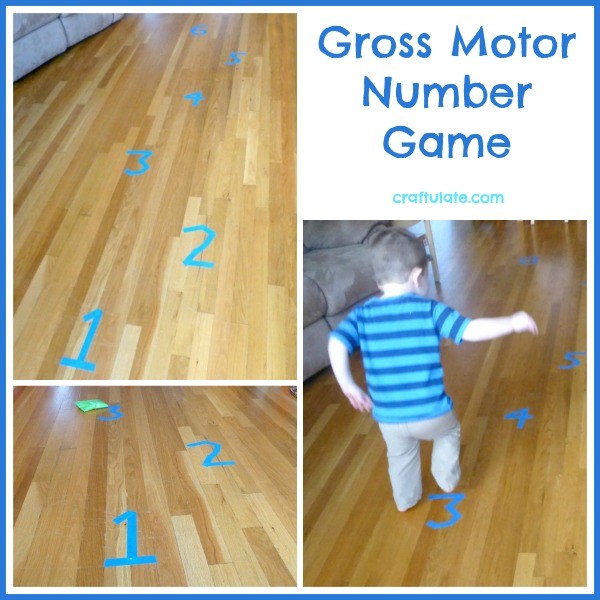 Get some painter’s tape and mark out numbers on the floor. This works on hardwood or carpet! You can put them in any layout you like – I put mine quite close together so my son could jump from one to the other. 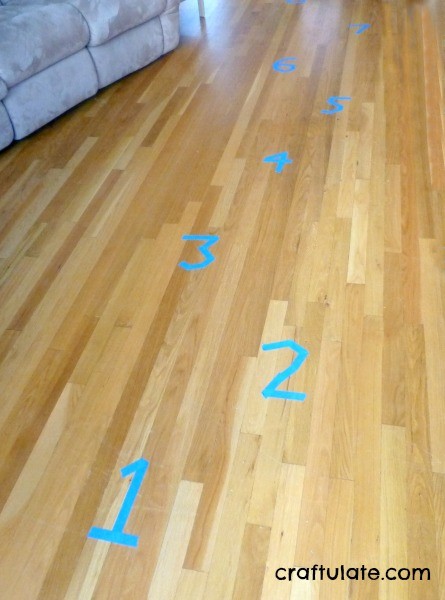 Depending on the age of your child, you may need to demonstrate ways to play. We started by standing on the number one, then jumping in sequence until we reached ten. F wanted to do this many many times. We also tried running from one to ten too. 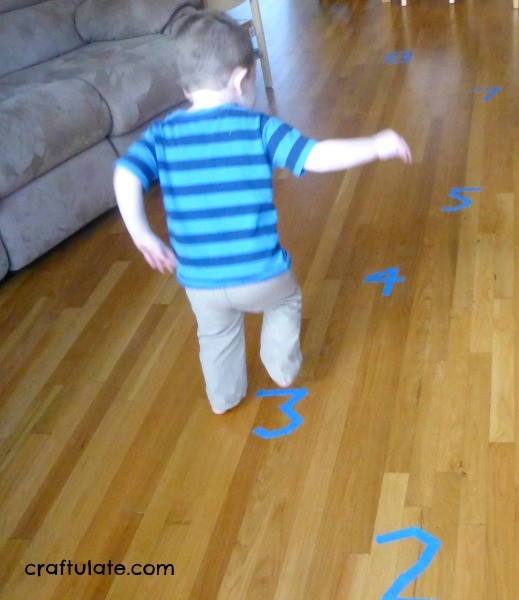 Then I got out the bean bags that I made years ago. I taped an extra line behind the number one that the player had to stand behind. Then we would take it in turns to call out numbers, and the player would have to try and throw the bean bag onto that number. 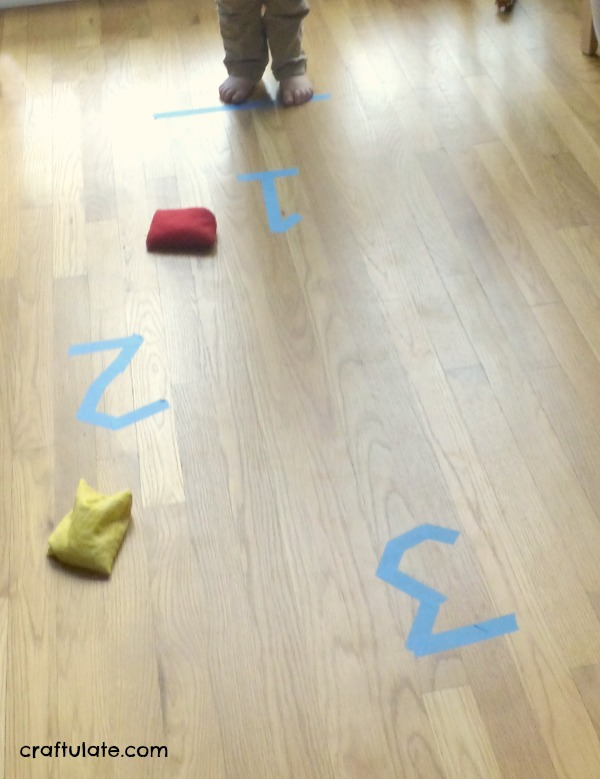 We just made up each game as we went along, so apologies for the poorly lit photos! The next variation was for everyone to run to a specific number as fast as they could. When I say everyone, it was actually just me, my mother, and F. But we let him do all the hard work. 🙂

Finally we finished with the funniest game – F had to get to a specific number while pretending to be something. Those things included: elephant, frog, race car, train, lion, dog, penguin, bee, duck, snake, cow, monkey, and rooster! 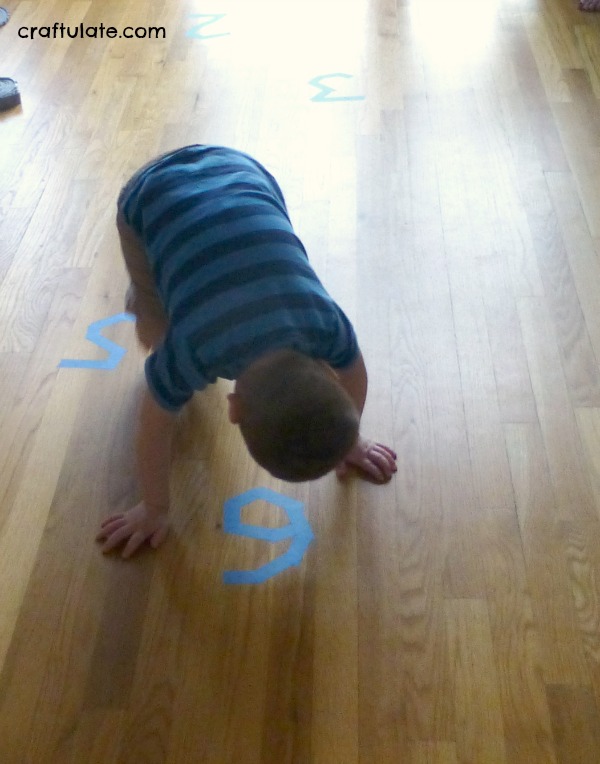 This was a really fun way to pass some time when it was too cold and wet to go outside!