This cardboard box car was a fun craft to make for my son! Children always seem to be attracted to cardboard boxes. So I decided to make the box even better and make a cardboard box car craft! 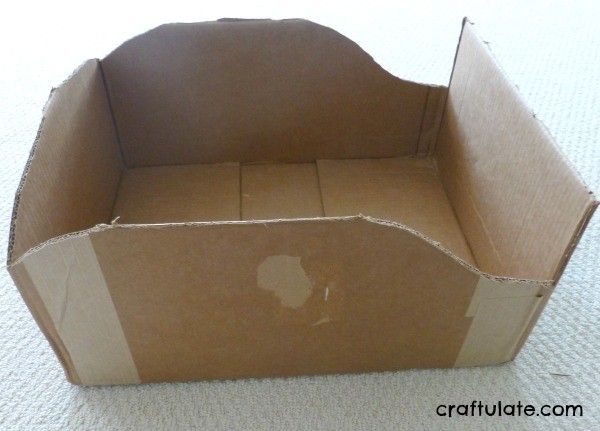 To make the windshield (windscreen) I cut a rectangle out of the top of the front of the car, then scored a line in the front so that I was able to angle it backwards. 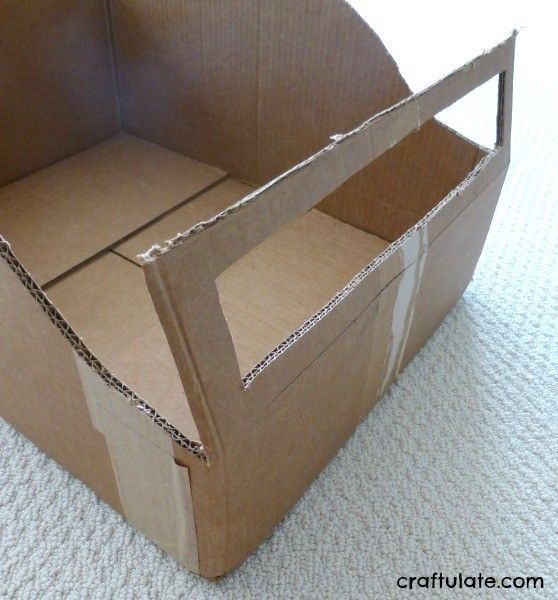 I attached some paper plates for wheels and cut a door shape between them. The “hinge” is made by scoring on the inside of the car so the door opens outwards. I used foil paper circles for the rear and front lights, and some black card stock for the side windows. For the licence plate I downloaded a blank template from Education World and glued it to the back of the car. 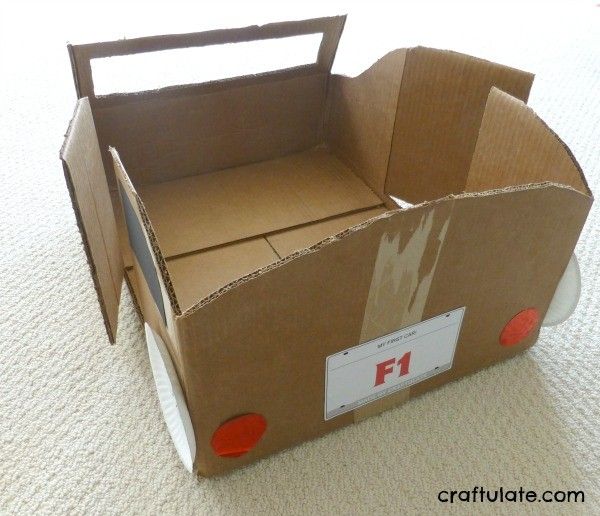 I really wanted a moving steering wheel. But I couldn’t quite see how to attach it. In the end I glued two plates together (for stability) and cut a steering wheel shape out of the middle. Then I put a brad (split pin) through the centre of the steering wheel into a piece of card, and taped the card at an angle into the car. 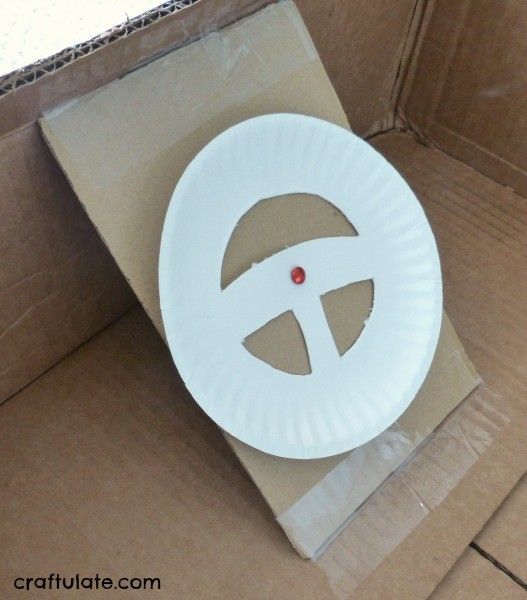 With a little cushion for a backrest/seat the car was complete! 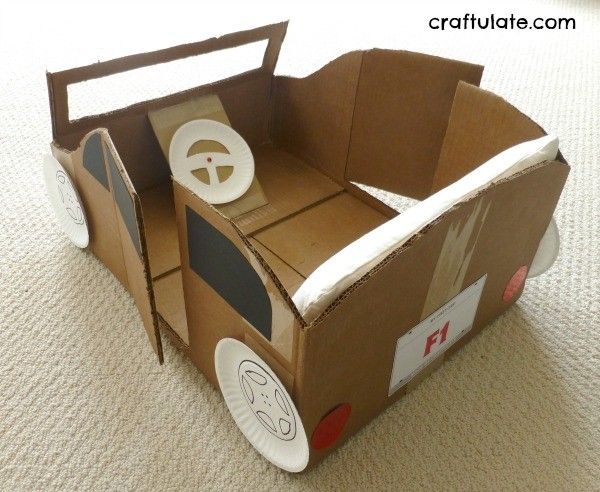 F was delighted with his car! 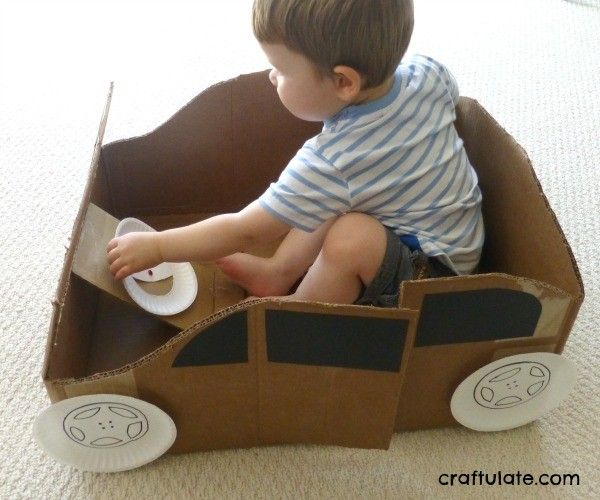 Do you like making crafts from cardboard boxes and other recyclables? Check out Green, Crafty & Creative – a book I have co-authored!