This balloon tennis game is great for working on balance and other gross motor skills! 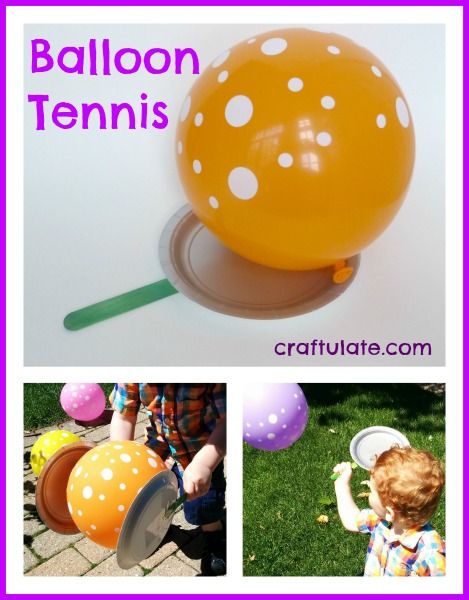 I’d seen various bat-and-ball type games that used balloons instead of balls on Pinterest, so when I knew we were going to visit our friends from Lalymom, I thought this game would be perfect to take with us.

To prepare the game I added a handful of pom poms to each balloon before blowing them up. This added a little extra weight to the balloons and some intrigue, too! For the paddles I taped a jumbo craft stick onto the back of several small paper plates. 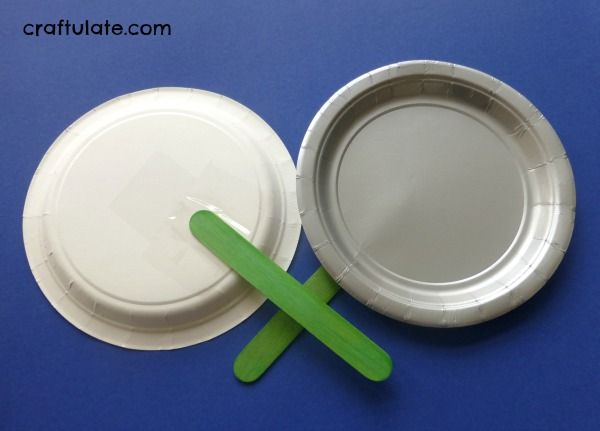 Miss 4 and Mr 1 had a great time batting the balloons around the garden. 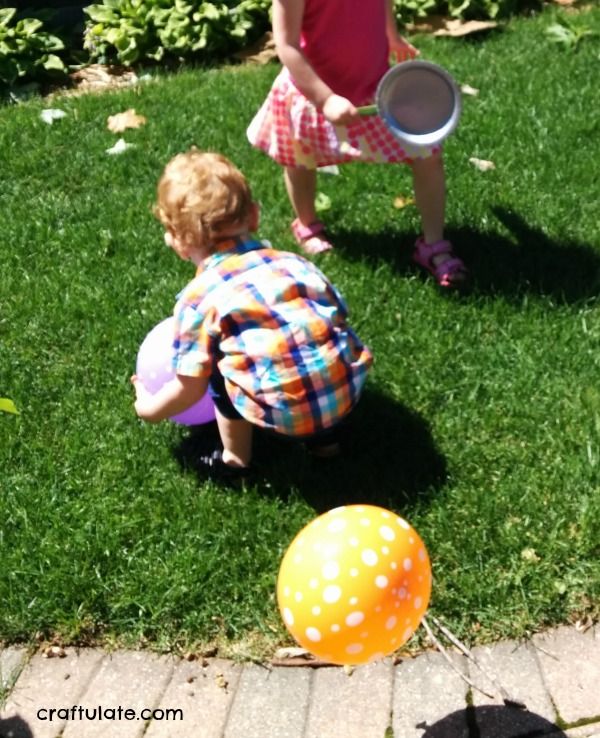 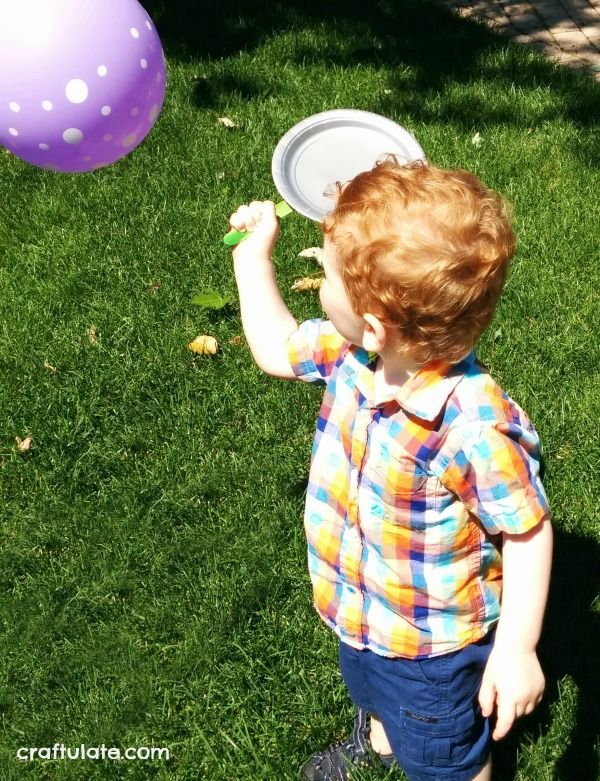 I had made four paddles and the kids worked out that if they used two paddles they could catch a balloon between them. Unfortunately, my son wanted nothing to do with the balloons. He’s never been keen on the latex kind but I had hoped that this game would show him how much fun they can be! But he quite liked the paddles so back at home I gave them to him with ping pong balls instead – and *then* he was happy! 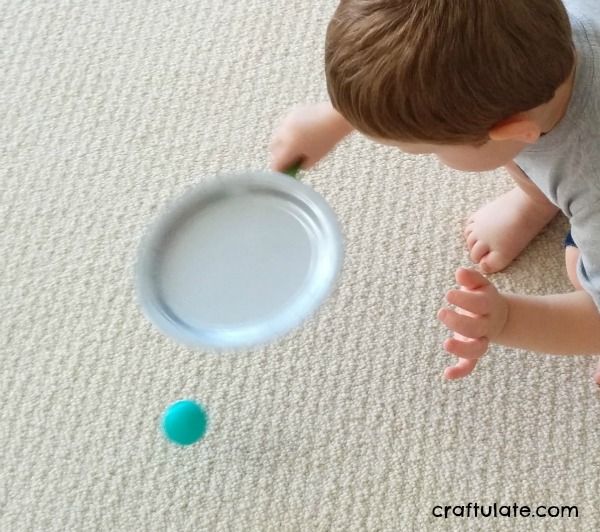