This bacon fat bird feeder is a wonderful way of using up the grease that is leftover from cooking bacon! 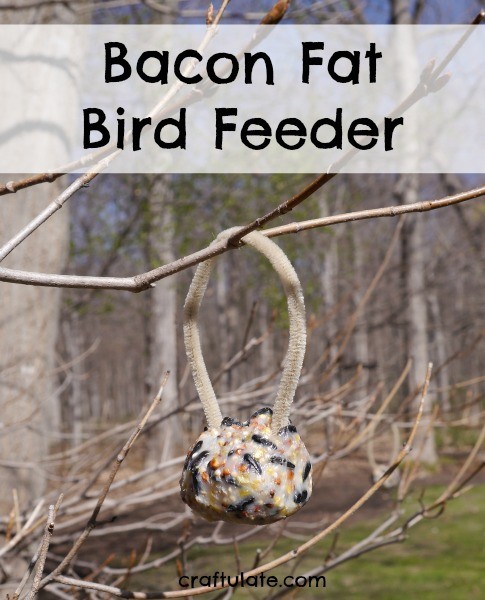 My family are SO enjoying our new back yard with all the woodland and wildlife. Our Cardboard Tube Feeders were very popular with the birds, and I’ve been looking for other ways in which to make some frugal bird food. Now, aside from Craftulate I also write StepAwayFromTheCarbs (you knew that, right?). Low carbers often eat a lot of bacon, and my new found way of cooking bacon is in the microwave using one of these Makin’ Bacon Racks. The bacon goes onto a little stand and the fat collects underneath. It’s pretty cool AND it leaves me with a lot of bacon fat when I cook a whole pack of bacon at once. 🙂 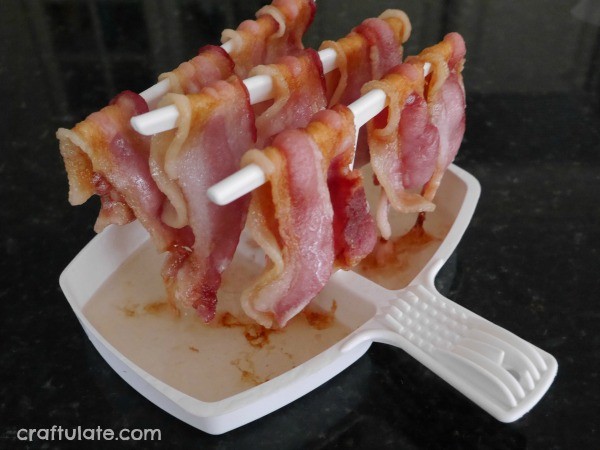 After the bacon had cooked, my son and I made some bird feeders from the fat. BTW if you don’t have a handy source of bacon fat then any other kind of meat fat, suet, lard or vegetable shortening would be a good alternative. Our first attempt was just the fat by itself: I chilled it in the fridge in a bowl, poked a pipe cleaner into it and we hung it up. It was very popular with the smaller birds – especially the downy woodpeckers and chickadees. 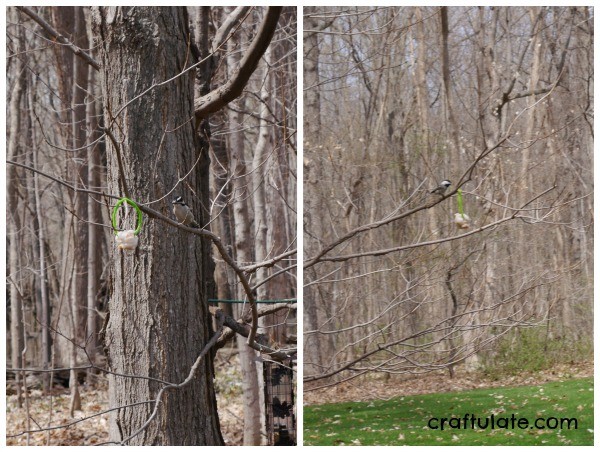 For our next version I decided to make it a bit more varied by incorporating some bird seed. So I poured the bacon fat into a bowl, and when it had cooled I added some bird seed. F mixed it all around, then we poured it into some small bowls that I had lined with cling wrap (for easy removal). I put them into the fridge to solidify, poking both ends of a pipe cleaner into the fat once it had started to harden. 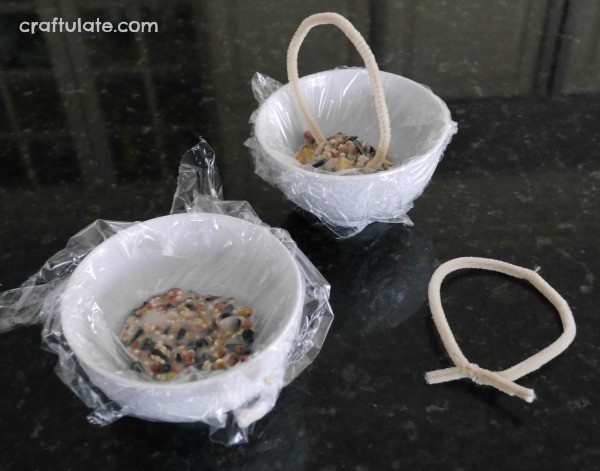 Then I lifted out the fat balls, and used the cling wrap to help form a tighter ball around the pipe cleaner.  I removed the wrap and then F and I hung them on the trees. 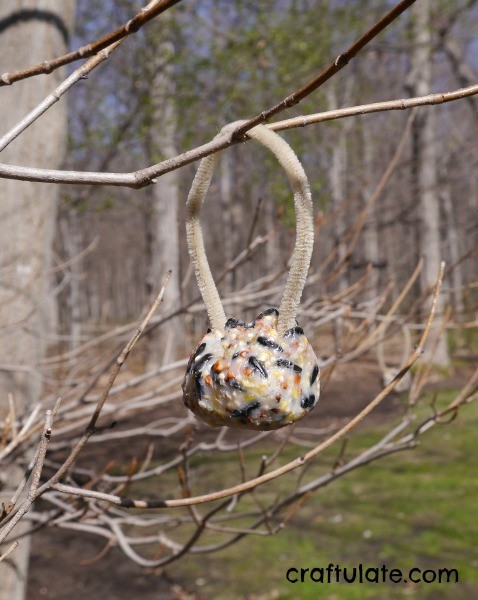 Note: Bacon fat will melt if the outside temperature is too high, so keep an eye on them! Although the worst that will happen is that they will drop on the ground, and the birds will eat them from there!