Using a cube template from whsdesign as a base, I added animal pictures to each face of the cube: crocodile, elephant, frog, penguin, dog and monkey. I chose these animals because they have distinctive movements associated with them. I printed the cube onto white cardstock, cut it out then glued it together. I took the animal movement cube to a playdate with our friends from Lalymom. I explained that they roll (or gently throw) the die, and then everyone had to impersonate the animal that was on the top face of the cube. Here are some suggestions:

Miss 4 absolutely loved it (after she got over the lack of zebra on the cube) and delighted in doing all the animal impersonations. F and Mr 1 joined in when they felt like it! 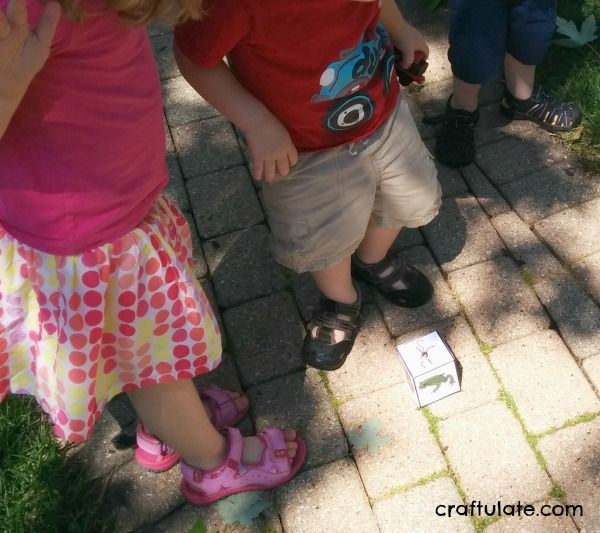 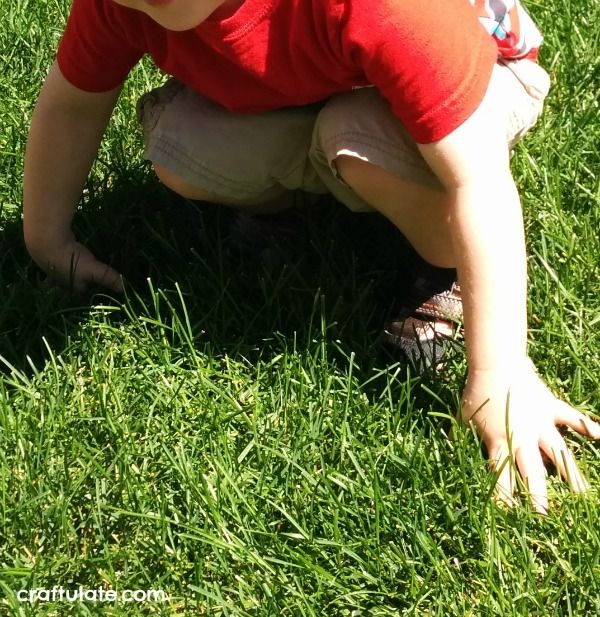 The next day F and I were stuck inside due to the rain. The game turned into a perfect rainy day activity!

This animal movement cube would be a great idea for an animal themed birthday party!