This town craft uses recyclables and encourages kids to use their imagination! 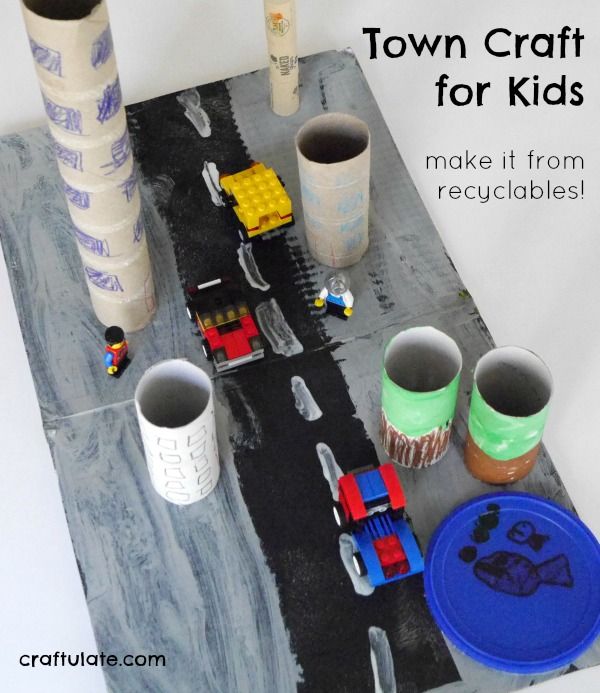 We have a drawer in our kitchen that is full of recyclables that we keep for craft projects. You can see how we organize it all here. The drawer contains egg boxes, cardboard tubes, plastic cups, lids, containers, corks and more! The other day my son opened it up and asked what we could make. After a few ideas that didn’t quite grab his attention, we hit on the idea to make a town scene. From then on the whole project was led by him – he made the decisions and I assisted when required. Sure, it could have been more beautiful and with better size balance, but all the ideas were his own and I loved that!

We started by taping two pieces of cardboard together and painting them black. 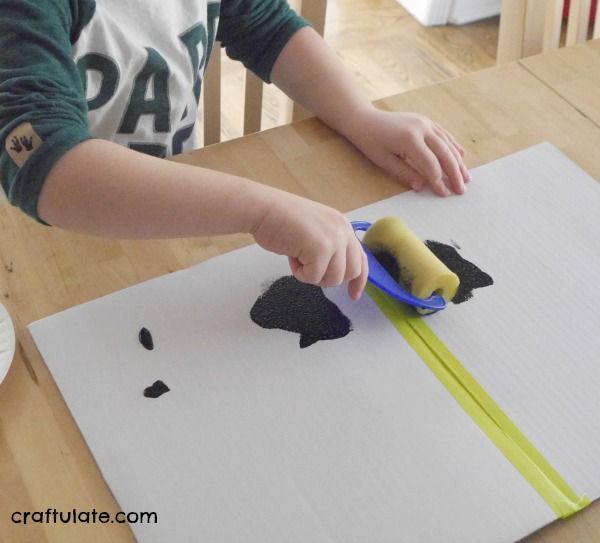 While the paint dried we started making buildings and skyscrapers by drawing windows onto cardboard tubes. 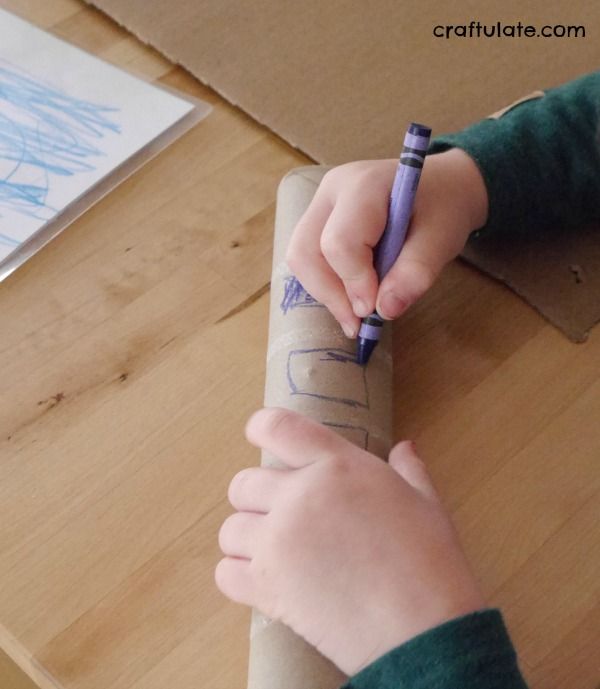 F used more tubes to make some trees. A blue plastic lid became a pond, and he drew fish onto it with permanent markers. 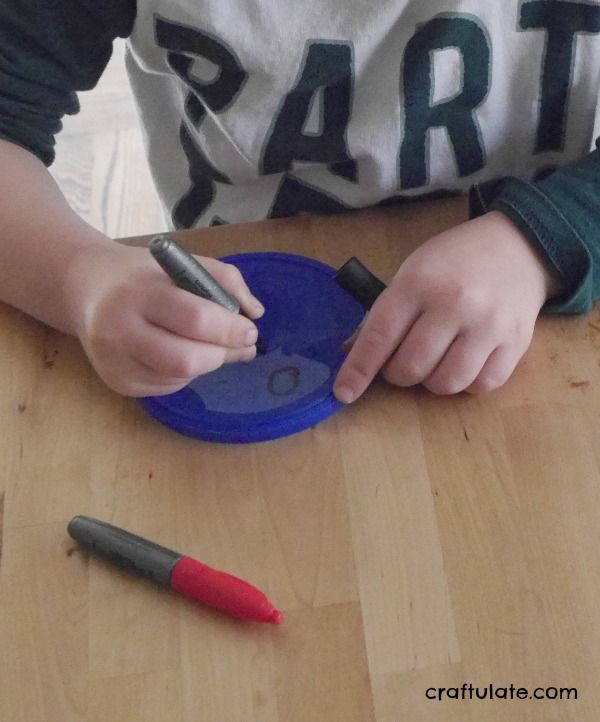 By this time the paint was dry, so F added on some white lines down the middle and some grey paint at the edges. I should add that we didn’t really plan it all in advance, just went with the flow. Another time a patch of green grass might have been nice, but that wasn’t something he wanted for this scene. 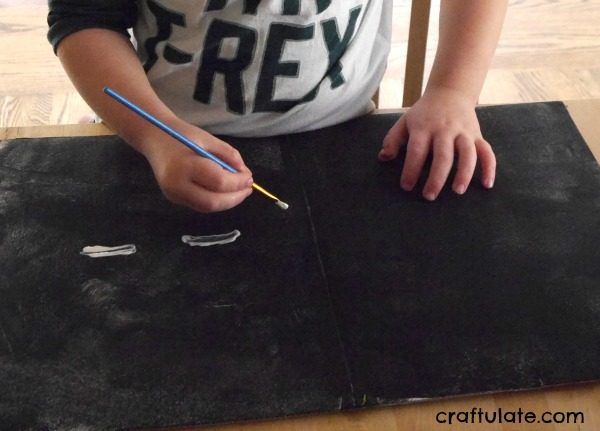 After making a traffic light from corks (and no, he didn’t want to make the lights any bigger or brighter), it was time to start gluing everything on. 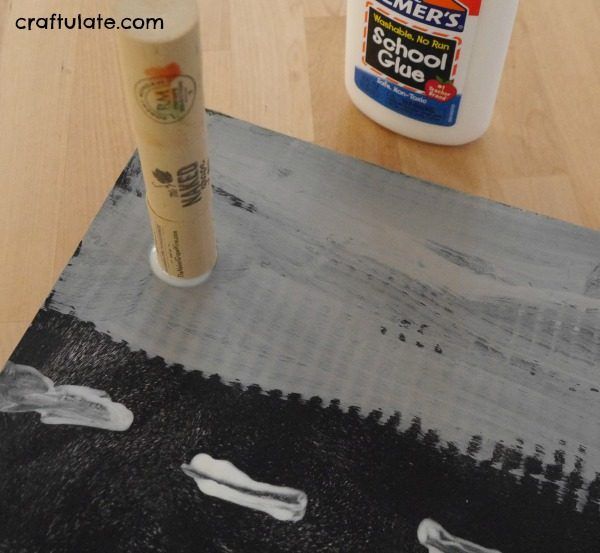 When the town craft was finished we added some LEGO cars and people and it was complete! 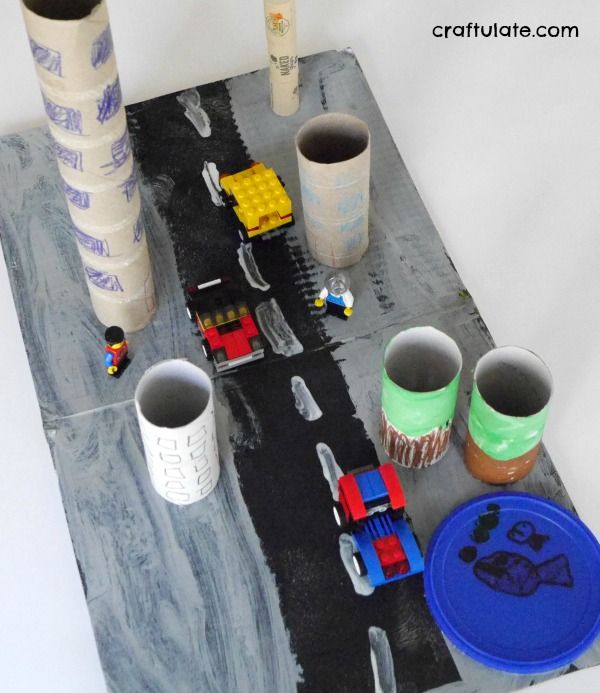 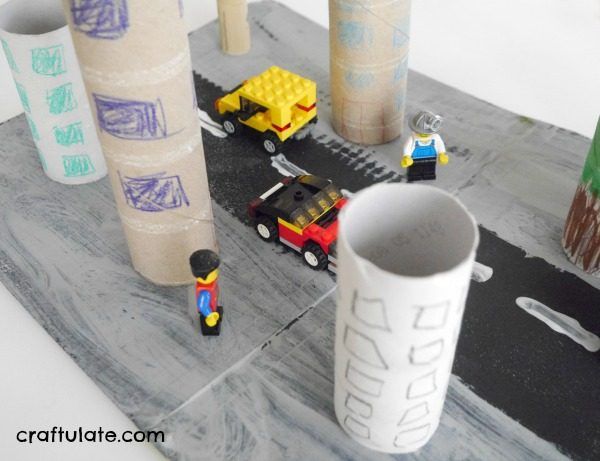