This Thomas the Train Costume is perfect for a train-themed party or Halloween! 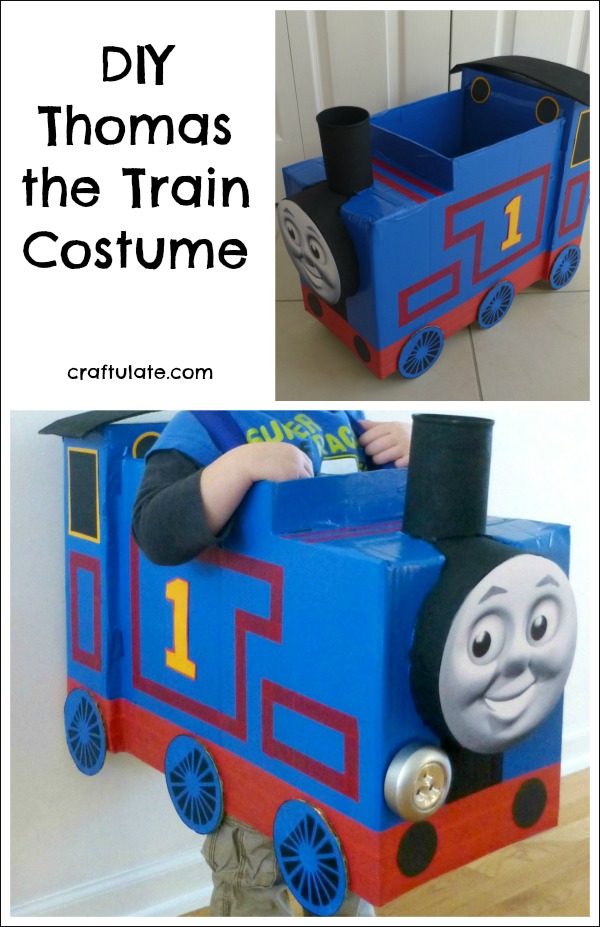 When my son was aged 1.5 at Halloween, I decided he should be a pirate. The following year he was dressed as Bob the Builder. Neither year he was very convinced by the whole costume idea. By 3.5 I thought that he *must* have an opinion on his costume for Halloween. But his reactions ranged from “no costume” to “indifference”. Until he happened to look over my shoulder at a cardboard box-based Thomas the Train costume. Then he was VERY certain what he wanted, and it was up to me to try and create it!

The initial design was dependent on the boxes we had available. I thought there could be a one or two box option.

I had two boxes that went pretty well together, the smaller one making the cab at the back. I cut off the flaps that weren’t required and taped the boxes together securely. Using a craft knife I started to do a little shaping at the front. I kept some of the spare cardboard for making the wheels! 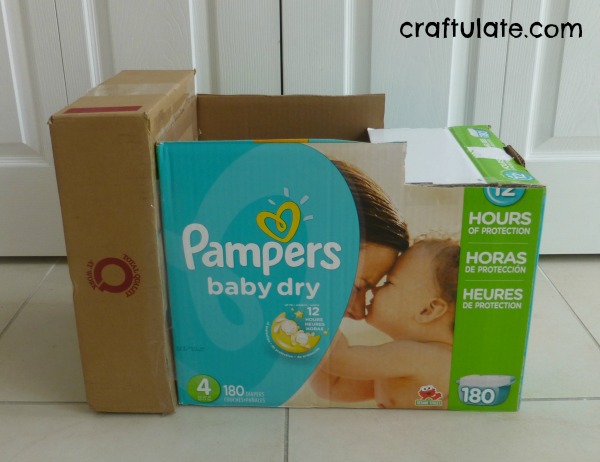 At this point I paused in construction. I wanted to print off a face that would be the right size and it was better to do this before attaching the round box! I used this template and tidied it up a bit, then printed it out a few times before getting the right size for the box. I didn’t attach it yet though! 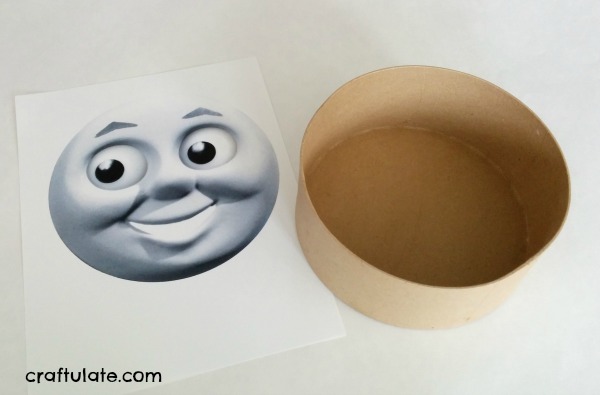 Using the craft knife I cut a hole in the front large enough for the round box so that it was set back a little. Then added lots more tape to secure it and smooth the edges before painting. At this point F saw my progress and wasn’t too sure… until I put him inside and then he understood! 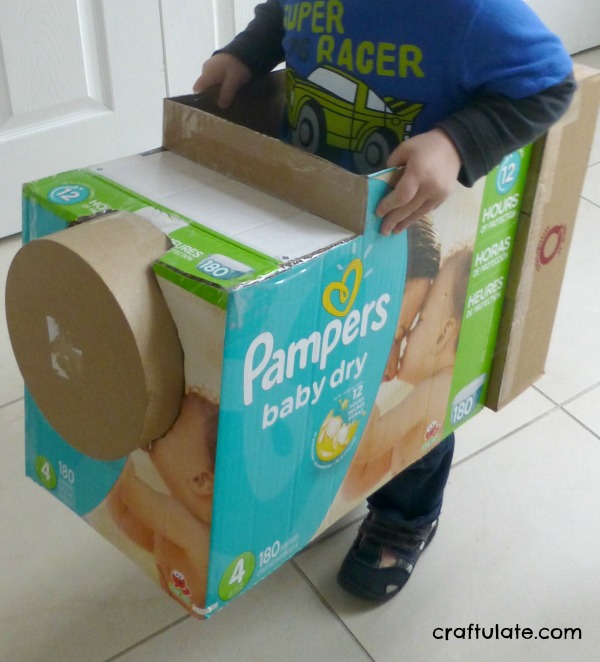 The smokestack/funnel was made from a Pringles can that I cut down to fit. Once I had attached it, it was time to paint! I gave it one coat of primer, then two coats of blue semi-gloss paint. The paint covered the gloss finish of the diaper box and packaging tape really well – but I wish I had done a neater job of the tape in some places!

I painted the smokestack black and hot-glued on a curved piece of cardboard for the cab roof.

I had used some masking tape when I painted the black smokestack but some of the blue paint I had used peeled off when I removed the tape. I decided to add the red buffer trim with red masking tape, and the red trim detail on the engine with red washi tape. This was a LOT quicker than painting it, too! The rest of the details were cut from black, red and yellow card then glued on – a 2″ circle punch is particularly useful for the cab windows and buffers.

To make the wheels I found a basic train wheel Clip Art image and then adapted it. I have added four versions of it to my shop if you need them! 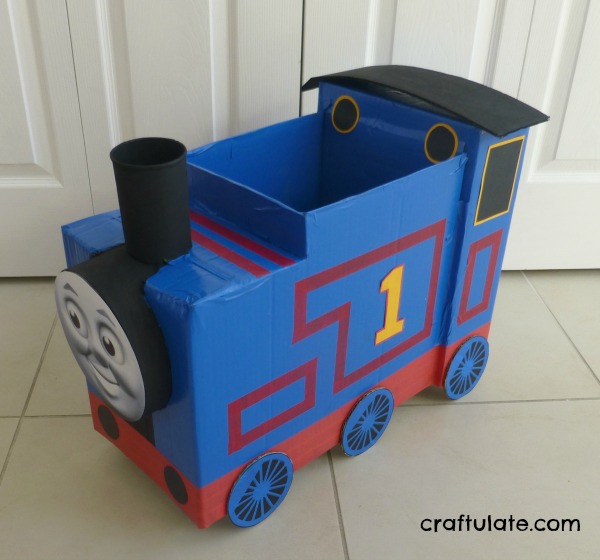 To complete the costume I attached two lengths of ribbon by pulling them through two holes that I made at the front and knotting it, and then hot-gluing the other ends to a hole I made at the back.

And as a final decoration, my husband bought a lamp for it! It’s one of those push on/push off LED lights and will look really fabulous at nighttime! The costume was a great success!