This rainbow slime is such an amazing play recipe, and the glitter added a super-sparkly effect too! 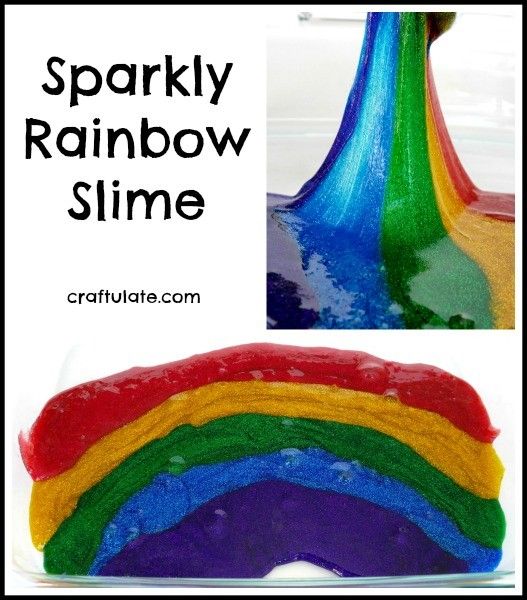 To make the slime I used:

To make the slime, I placed the glue into a bowl, stirred in some gel to the correct color, then added the liquid starch until the mixture held together but was no longer sticky. Then I added one of the glitter packets and stirred it into the slime.

For a full tutorial on making slime (non sparkly version), see my video from when I made Halloween Slime.

Note: The yellow slime I made came out a little bit too orange, so I have to confess that I don’t have an exact rainbow of slime. Oh, and I didn’t make indigo. Please forgive me.

Once I had (nearly) all the colors of the rainbow, I laid them out in a glass baking dish in long strips to form a rainbow shape. The slime looked pretty cool! 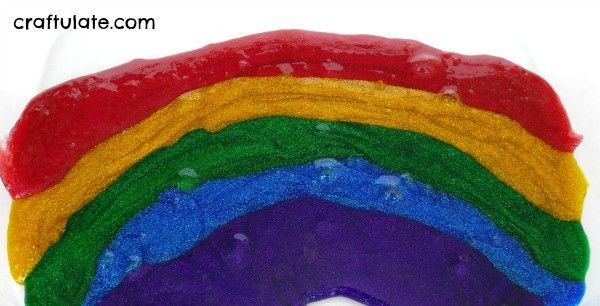 I showed it to F and I picked it up at one end to show him that the rainbow was made from slime. I have to confess, it looked STUNNING! Those bright colors and all that glitter? Mesmerizing. 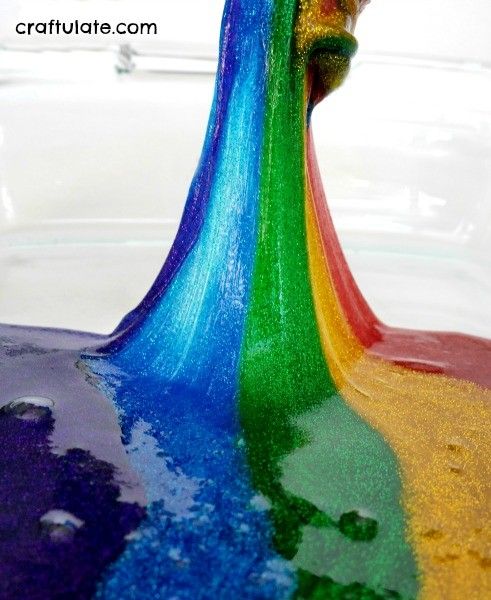 After that we sort of had half a rainbow, and a puddle of crazy color! 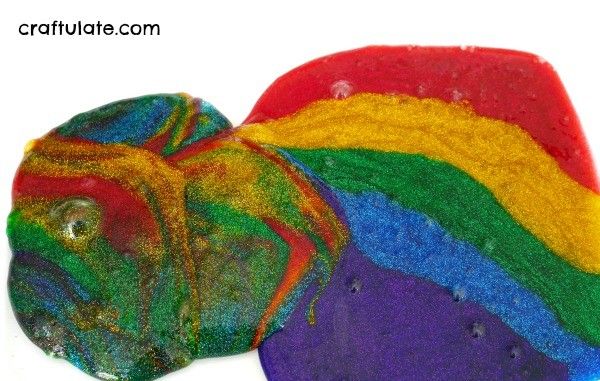 I asked him whether he wanted to try lifting up the slime and he said that he needed his tongs!

Here are some more photos of the “end of the rainbow”. 🙂 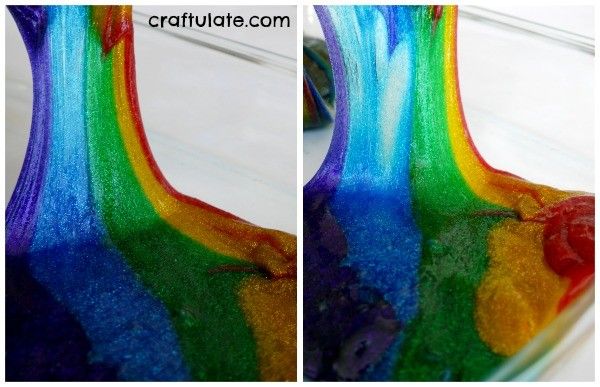 And don’t be mistaken in thinking that once all the different colors had merged together this activity was over – the slime still looked FANTASTIC!

After we’d left the slime for a while it took on a dark green tone, and was still so beautiful that I just had to take some more pics. 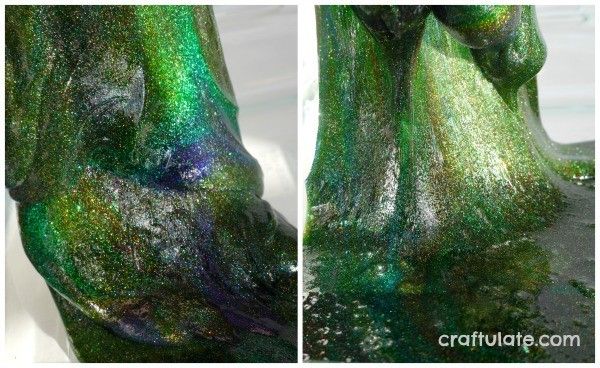 As this slime will keep I can’t wait to get it out and play with it again! However – important note – do NOT discard the slime down your sink! The best idea is to put it in a plastic bag and throw it out with the regular garbage.

This activity is part of the All Things Kids Rainbow Series! Check out all the other colourful rainbow ideas: