This craft is all about forming school bus friends – who does your child want to ride to school with? 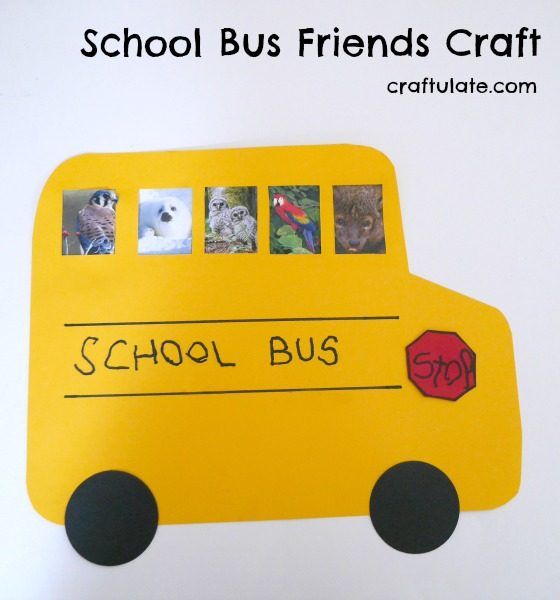 My son was lucky enough to be able to get a school bus to summer camp this year, so when he starts Kindergarten next month – it will only be the “big school” that might scare him, not the bus ride! However, we have a bus orientation day coming up soon and he and I got talking about the fact that there would be different children on the bus when he goes to school, compared to going to camp. This led to who he would want to see on a school bus – which led to this silly craft of filling a school bus with fun friends!

I cut a piece of yellow-orange card into a bus shape, then cut out some wheels from black card using a 2″ paper punch and glued them on. Then using a craft knife, cutting surface and a ruler, I cut out some windows. 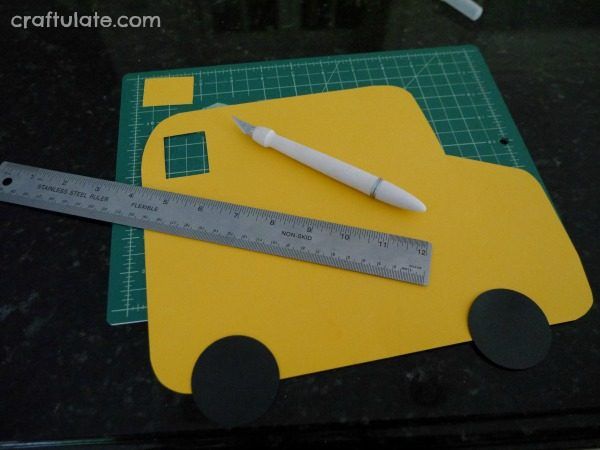 I provided my son with old magazines and calendars to flip through. When he found an image that he liked that would fit in the window, he used child-safe scissors to cut out the picture.

He ended up with this selection of five friends! 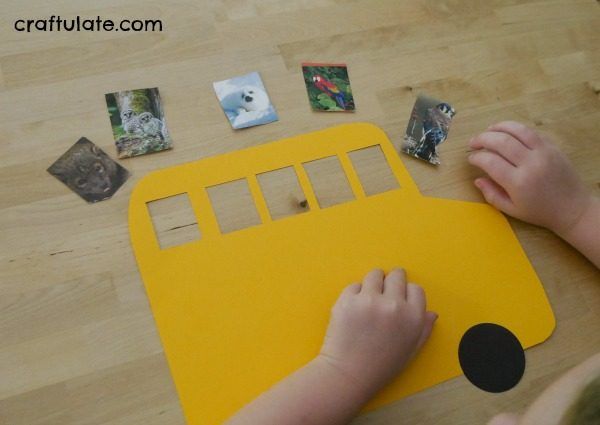 Then we glued them in place. F had cut too closely to the American Kestrel to fit neatly behind the window, so we decided that he had the window open and he could stick his beak out! 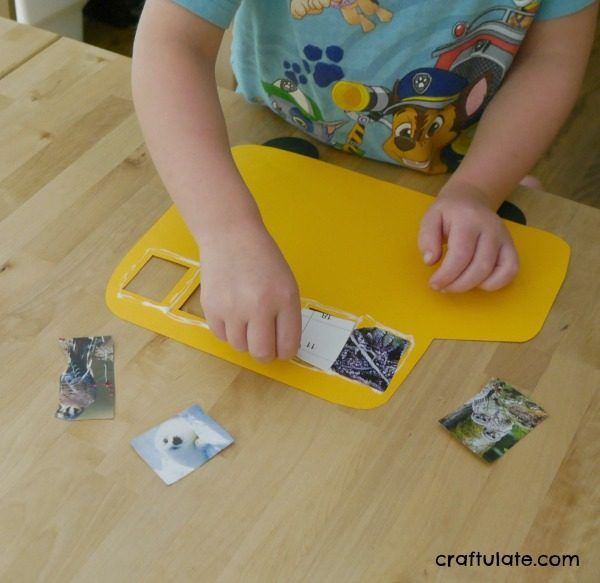 After all the windows were finished we let the glue dry and added details to the rest of the bus. In hindsight the bus should not have been so tall, but it gave F plenty of space to write on! 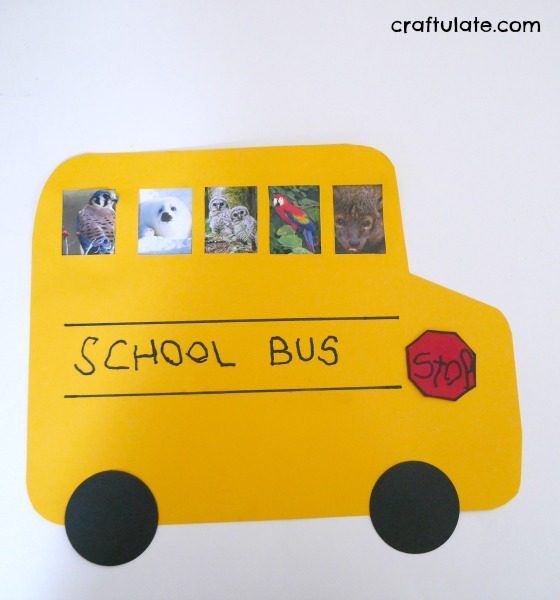