These Perler bead frames are easy for kids to make – they can be completely random or have a fun theme! As you might have noticed, my son and I are big fans of Perler beads. We’ve made key chains, Christmas ornaments, and a whole set of Star Wars designs!

I’d had in mind to make a Perler bead frame for a while now, and had mentioned it to my son. One morning he had woken up before me and I discovered that he had started a frame! 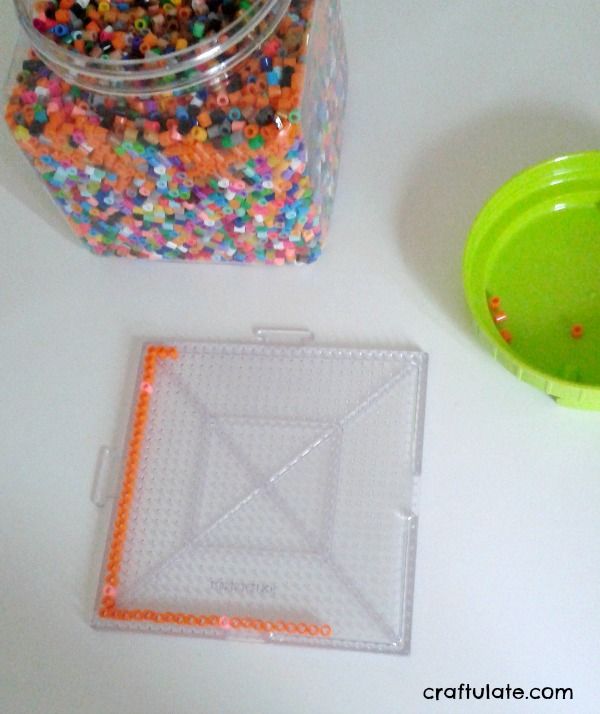 It was larger than I had intended, because I wanted it to be a few rows deep but I didn’t want him to get bored and leave it incomplete! So I changed it to a more reasonable size.

So… apologies in advance – the photos here are not my best. It was REALLY early on a grim and gloomy weekend morning – and the lighting was horrible. I usually take blog photos with my DSLR but most of these were taken on my phone (apart from the finished photos, which were taken the next day!). It was the perfect craft to make on such a gray day – unless you wanted to take photos of the process!

We continued to build up the frame; as usual we divided up the jobs of placing the beads and finding them. He wanted the frame to be in Nerf colors, so we finished with a row of blue. 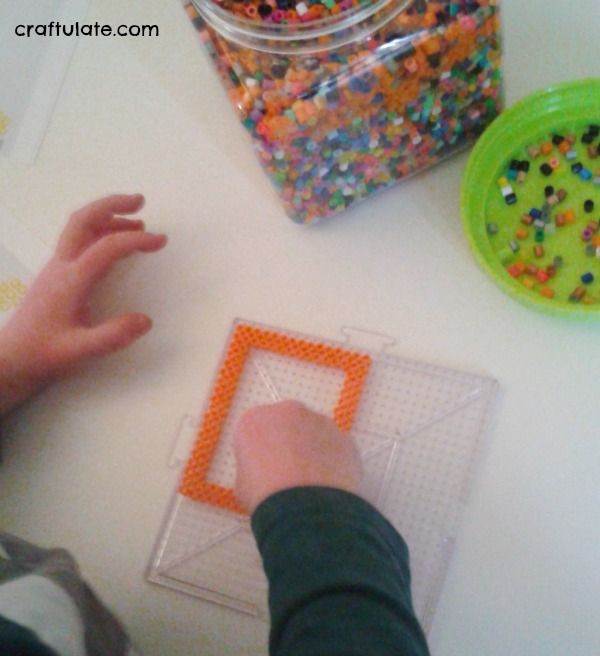 So that the frame would stand up, I used an idea that I had seen on the Perler site and did our own version of it. I removed two beads from the base of the frame, then made two little stands that would slot into the base. 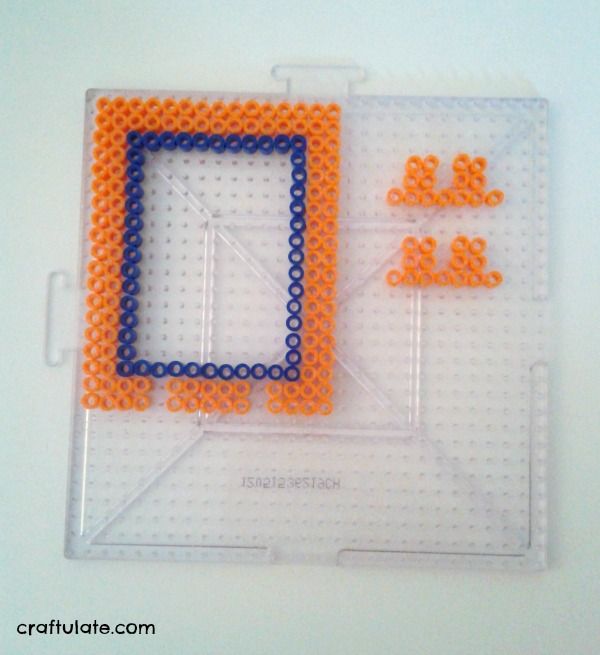 It worked perfectly! My son was actually quite impressed! 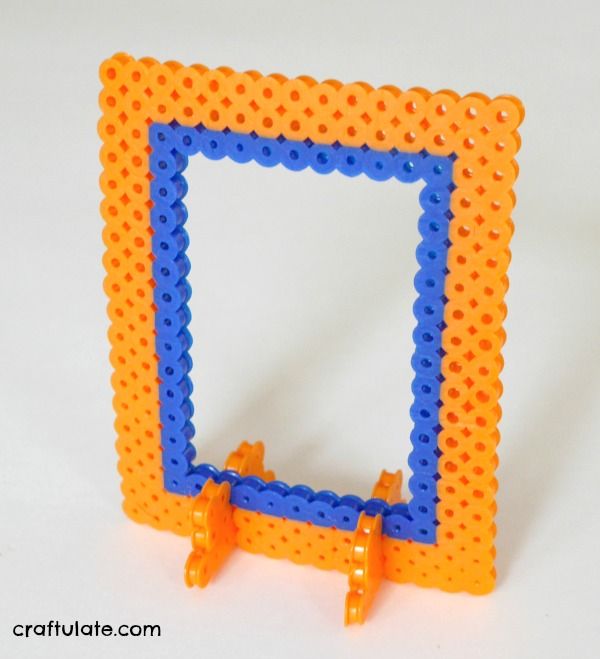 We immediately started work on a new frame, using some metallic beads that we had bought recently. But he only wanted to do two rows, so I adapted the stand to see if it would still work. 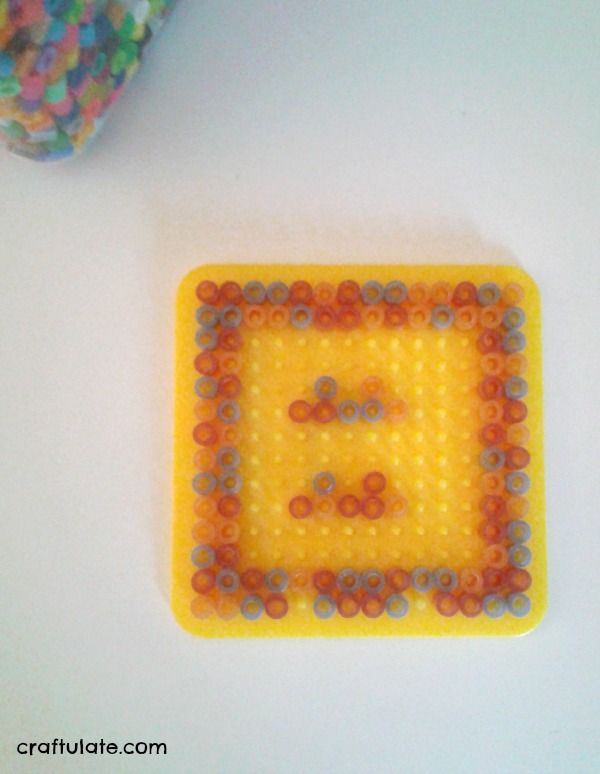 And to finish, I made myself a pretty flower frame. 🙂 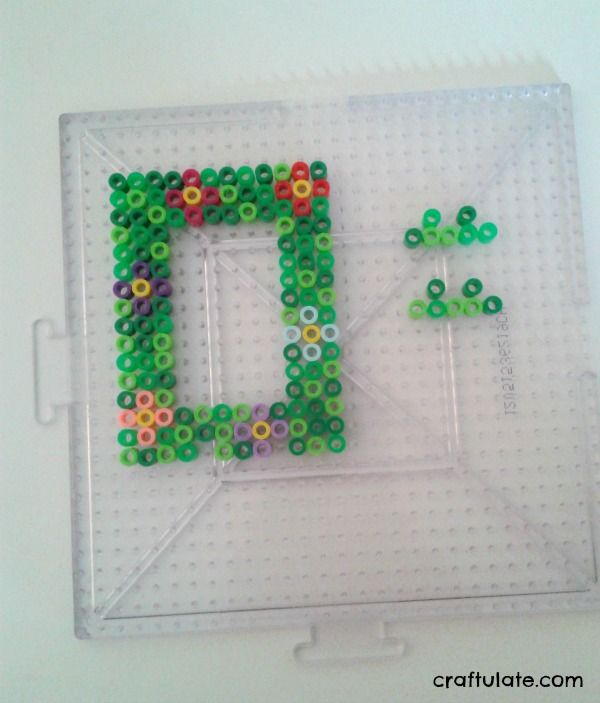 It too, was very cute after I had ironed it. 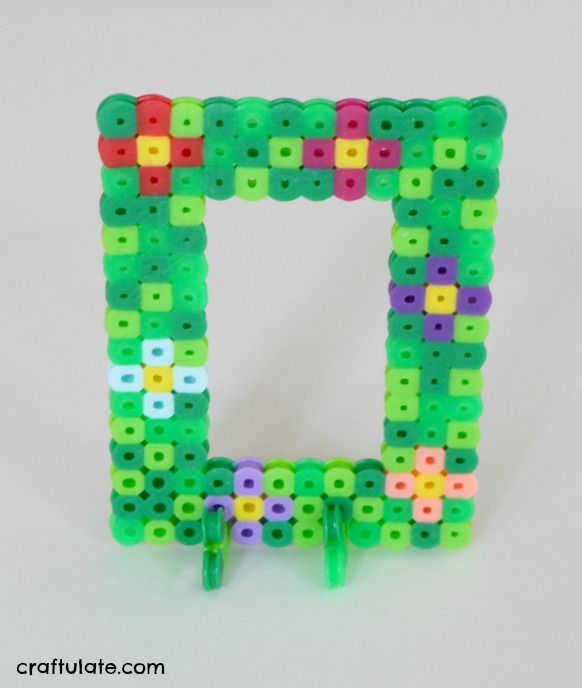 Here are all three frames together. I have a feeling that we’ll be making a lot more!