This paper punch snowman is made from little paper snowflakes! A very cute craft for kids to make this winter. 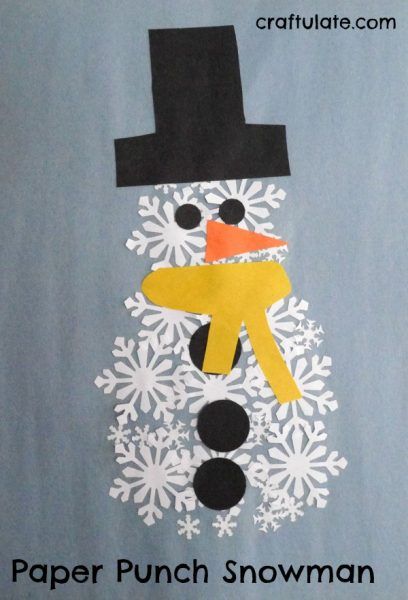 Having just made our snowflakes with paper punches, this craft is similar – but different! With the snowflakes, what was left after the punches had been made was the important part. This time, we’re using the pieces that are punched out! We started by punching out a lot of snowflake shapes from regular white paper. We used three different punches: one large one and two smaller ones. 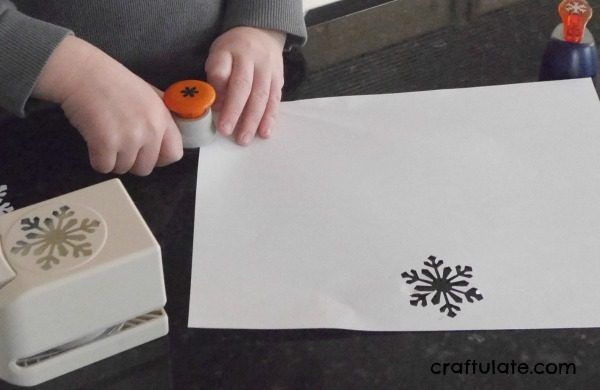 We glued them to some blue construction paper so that they formed a basic snowman shape. 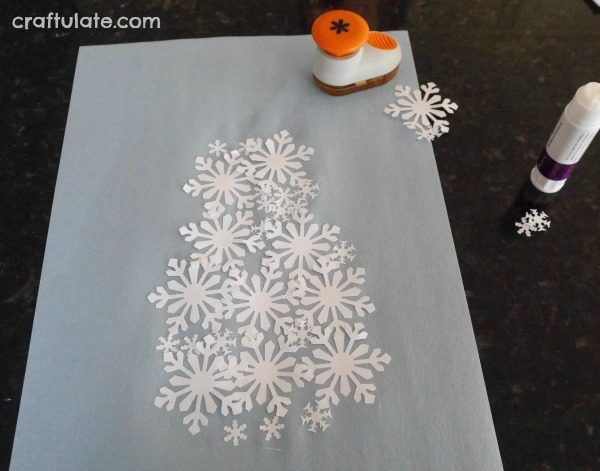 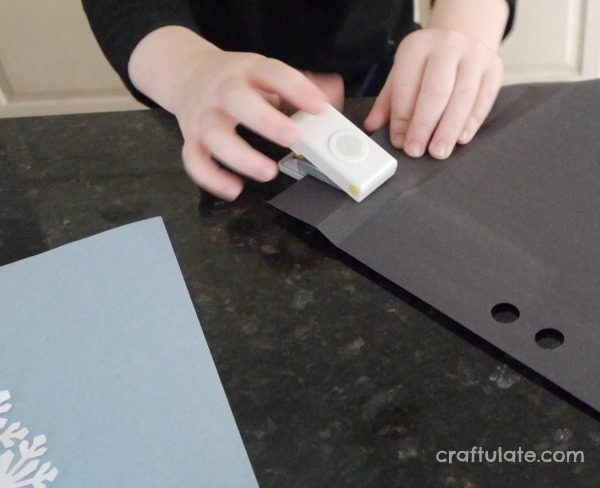 We glued them on and our snowmen started to come to life! 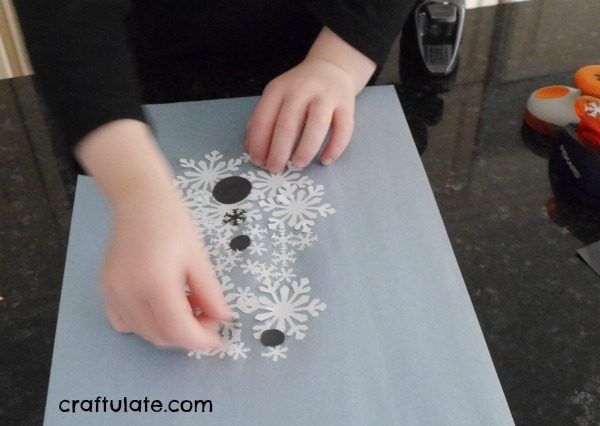 Next it was time to cut out some orange construction paper triangles for the classic carrot nose, a scarf from yellow paper, and a hat from black paper. 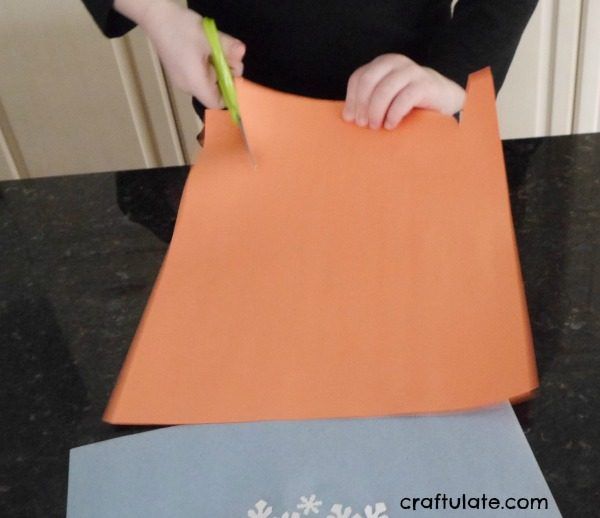 When everything had been attached, the snowmen looked adorable. Well, mine did… 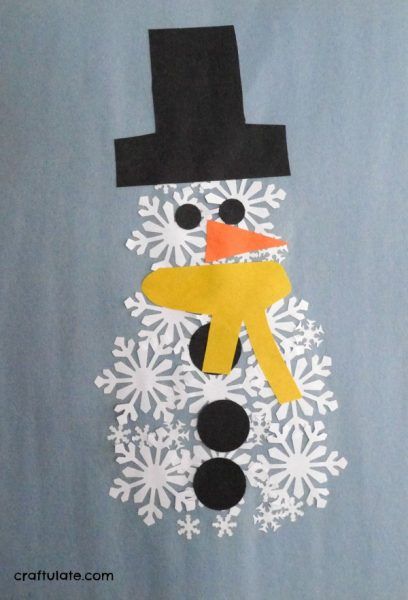 F’s looked rather silly with a large carrot hat! 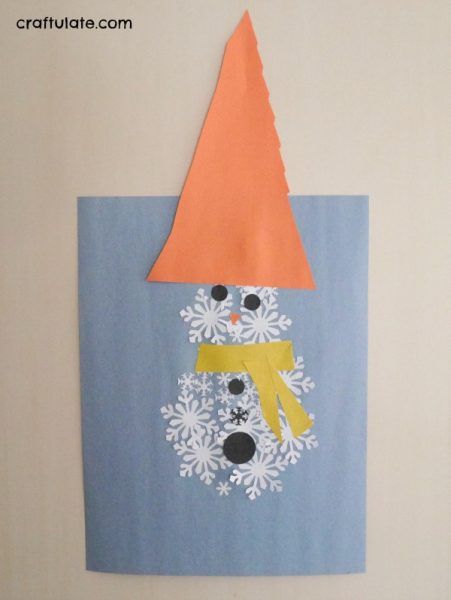