This spaceship craft is made from paper plates and also features an alien! We have been talking a lot recently about all things outer space, so I decided to take a fun spin on the subject by making these alien spaceships from paper plates with my son!

The first task was to paint the paper plates on the outside (or underneath, if you prefer to think of them that way!). While the paint dried, we made the other components. F cut up some sparkly silver card into shapes.

I cut out some alien shapes from card – making them double sided by tracing the original design and gluing them together. I left space at the base of each alien unglued, and opened it up into flaps that could attach the alien to the spaceship. 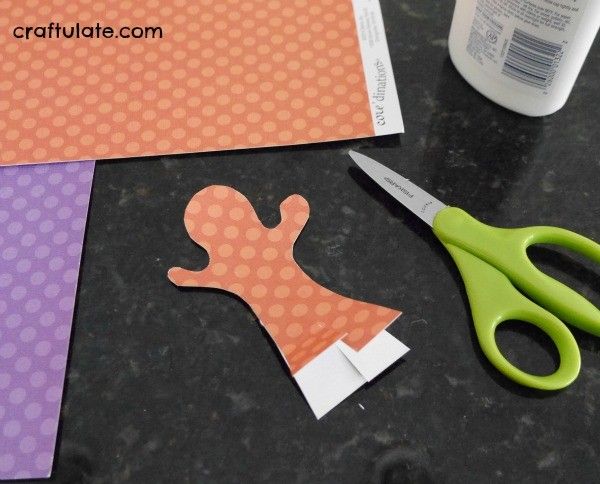 We also glued on some googly eyes. 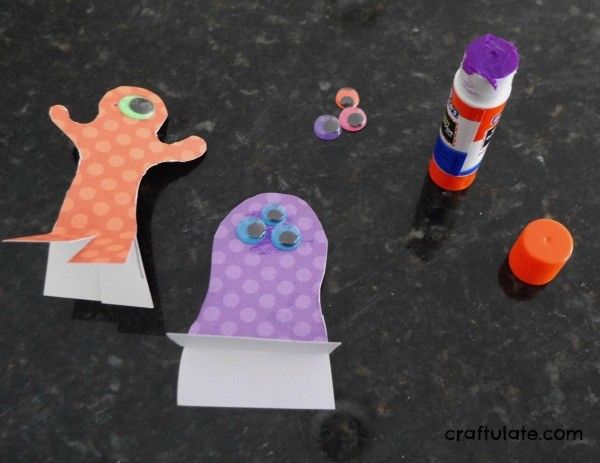 When the plates were dry we glued the sparkly card on. These could be pretend buttons, solar panels, or whatever your child thinks they should be! We also added the aliens to the center of two of the plates. Finally, we glued a plastic cup over the top of each alien, and then glued two plates together, painted sides out to form the spaceship. 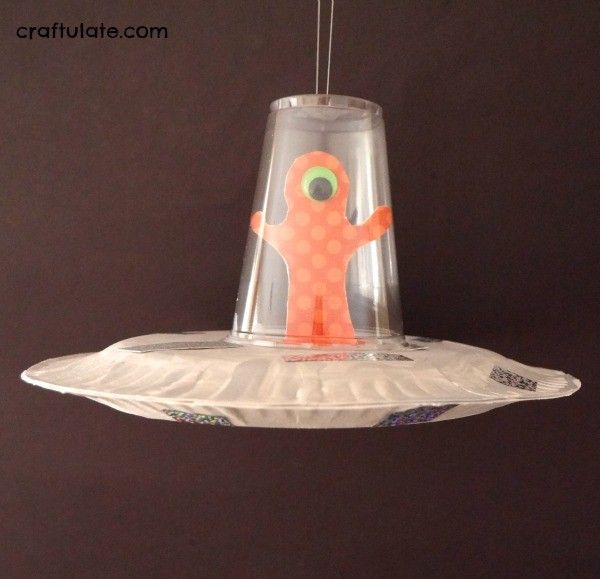 I think if I was making this again I would use smaller aliens and cups so that it was more in proportion with the spaceship. What do you think?

This craft was inspired by this photo!