This outer space discovery bin was a really fun way to learn more about the moon, rockets, stars, planets and astronauts! This discovery bin had a lot of components – but was fun to put together!

This was a copy of the dust we made in our black-themed week, and was a combination of salt (69c for a big container!), black liquid watercolor paint and gold glitter. The glitter was sent to us by the lovely people at craftprojectideas.com. I covered some small rocks and pebbles with silver metallic paint to make moon rocks! I made the crater by surrounding a small dish with old play dough then covering the whole thing with kitchen foil. I made the slime from a recipe in 150+ Screen-Free Activities for Kids – a book that I was lucky enough to review and try some of the activities. The outer space slime was one of them and was the catalyst for this whole discovery bin! 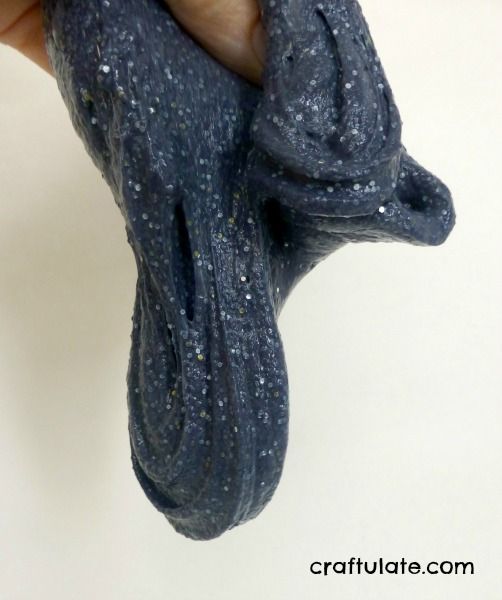 I assembled all the components into a large container. The crater went in first, then I filled the rest of the space with the moon dust and moon rocks. I added the stickers and themed clipart prints around the walls  of the container. I placed the flag (made from a print out and toothpick) into some clay and placed it in the scene. Then I added the spaceship, astronaut and planets. I added some slime to the crater and sprinkled some silver sequins over the moon dust. 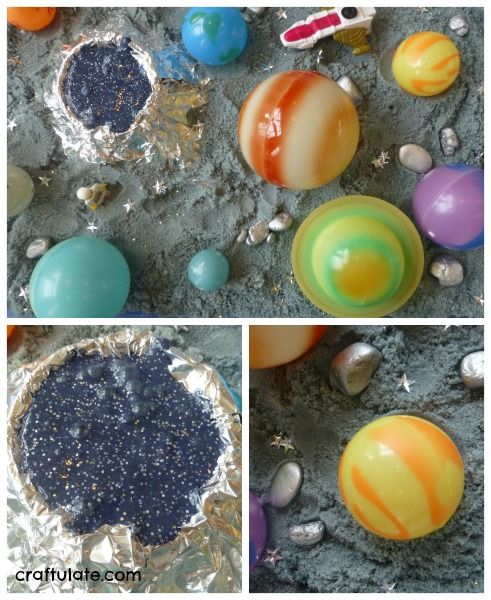 This was a great sensory exploration for F and a cute small world scene too! We both really enjoyed this one! We discussed the name of the planets and looked for the moon rocks in the moon dust. 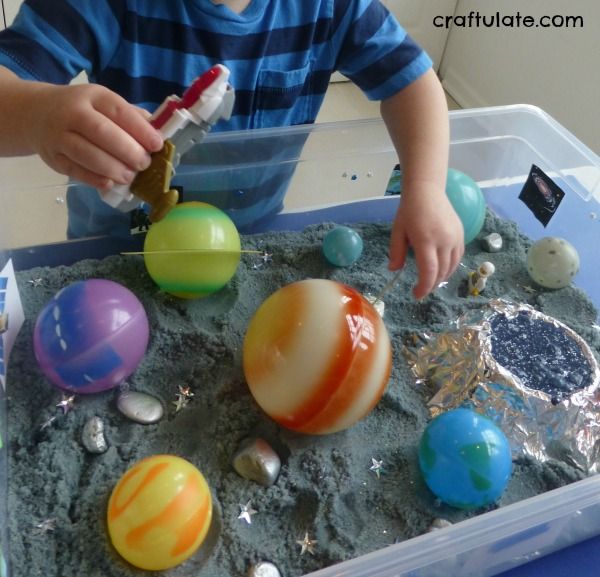 He ignored the slime for a while but finally decided the astronaut should go for a dunking. And the moon dust. And the moon rocks! 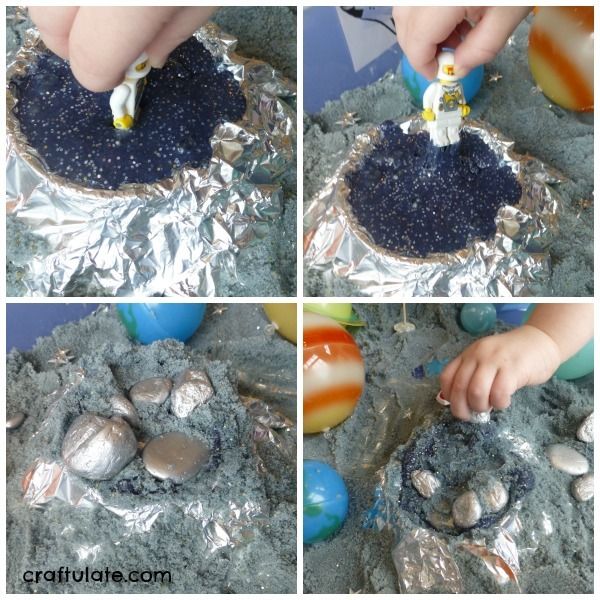 Although he didn’t want to touch the slime very much, he did like the feel of the moon dust. 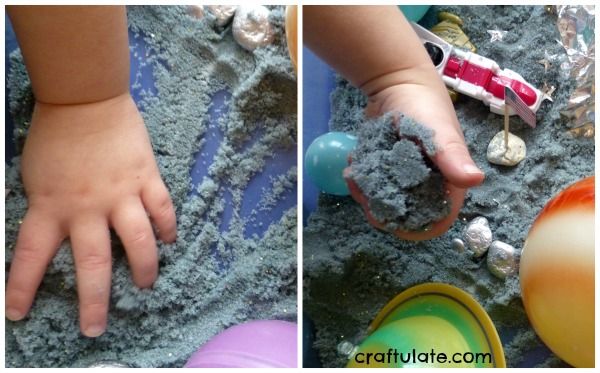 Note: Between the slime and the moon dust I used quite a bit of the black watercolour paint – and some of it did come off on his hands. But it washed right off with soap and water after we had finished playing.

I packed the planets away but I left out everything else and F played with it several more times. As I had used a box that came with a lid it was really easy to store!