This fruit art uses paints and googly eyes to make fun pictures that are full of character. I prepared this activity by printing out several pictures of fruit outlines. I found the ones from pagecoloring.com to be just what I needed in terms of size and level of detail.

We started with the banana, painting it, well, yellow. I was actually quite impressed at how well he nearly stayed within the lines – definitely a new development! 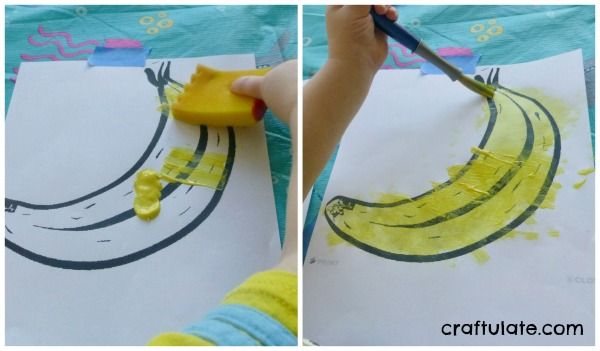 Then onto the apple, which we wanted to make red and green. Unfortunately the paint mixed a little too much and F made a sludgy brown colour, so after it had dried we went back over it with more red paint and then again with green paint. 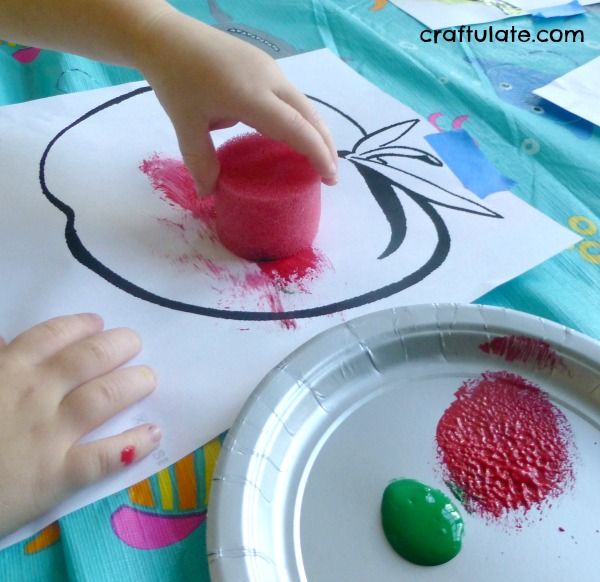 A little later he painted the strawberry, leaving the green leaves to be painted later. I tried to give him a variety of paintbrushes, rollers and sponges to keep him interested.

Next he painted the grapes – refusing to paint them with my suggested purple paint. We usually have green grapes at home so I was fine with that, and I quickly mixed up a “grape green” color from green, yellow and white paint.

Lastly he painted the orange, which thankfully he agreed to paint… orange. (I won’t mention that he insisted that it was a pumpkin). 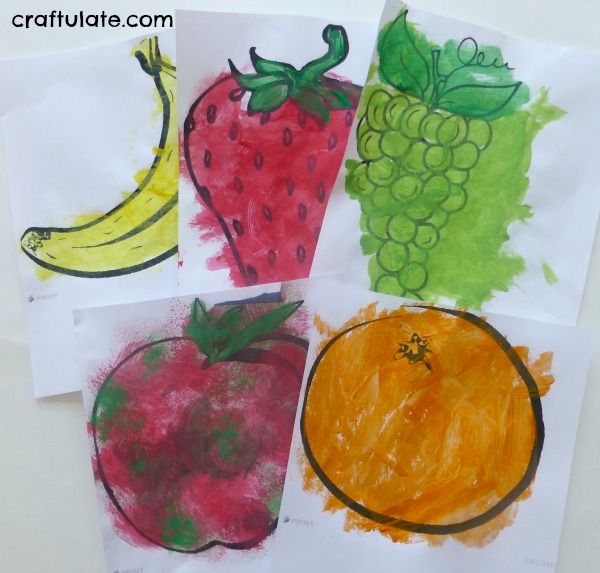 When all the paintings were dry I cut them out. Then next day we were ready to make them “fun”. We did this by adding googly eyes! I love how they turn a plain picture into something with character. I even wrote a whole post about googly eyes! F glued on the eyes, accepting my suggestions of which pair of eyes to use, until it came to the strawberry where he wanted to get more creative!

After the glue had dried we put them all together – they made a great collection! 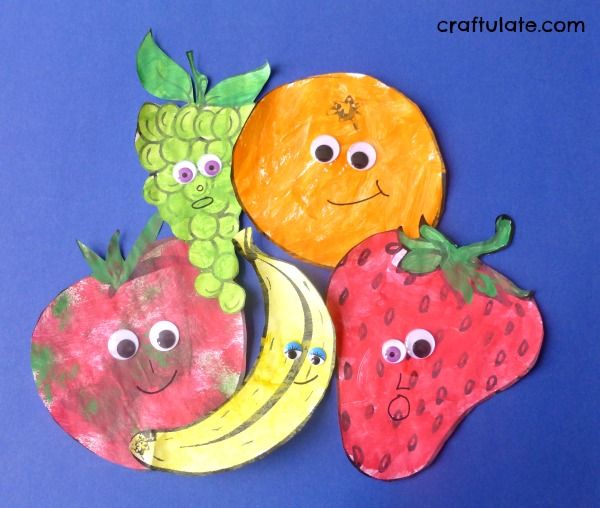