Have you come across water beads yet? They are also called water gems or water gel beads and are usually used for centerpieces and flower displays. When hydrated they have a lovely soft texture that is wonderful to the touch. It was time for us to try them! 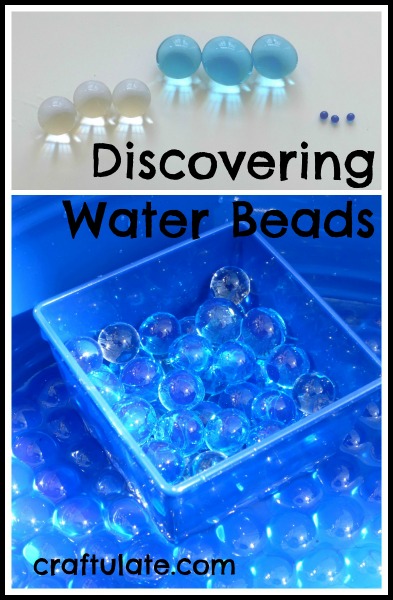 First things first: Safety. Water beads are NOT a toy. They are not intended for children to use. They must not be eaten. So, your child(ren) MUST be supervised at all times, and make sure you clean up any stray beads after play. If your child has a habit of putting everything in its mouth, then this activity isn’t recommended.

To begin the experiment I bought two different types of water beads. One container of clear beads that were already hydrated, and one packet of blue dehydrated beads. The clear beads are ready to use, unless you want to add any colouring. The dehydrated beads need to soak in water for 4-6 hours. The beads absorb over 100 times their weight in water. The photo below shows the clear beads and also the blue beads after and before hydration.

When F was ready to play, I mixed the blue and clear water beads in a blue container and added some water. The two types felt fairly similar, although the blue ones were larger. 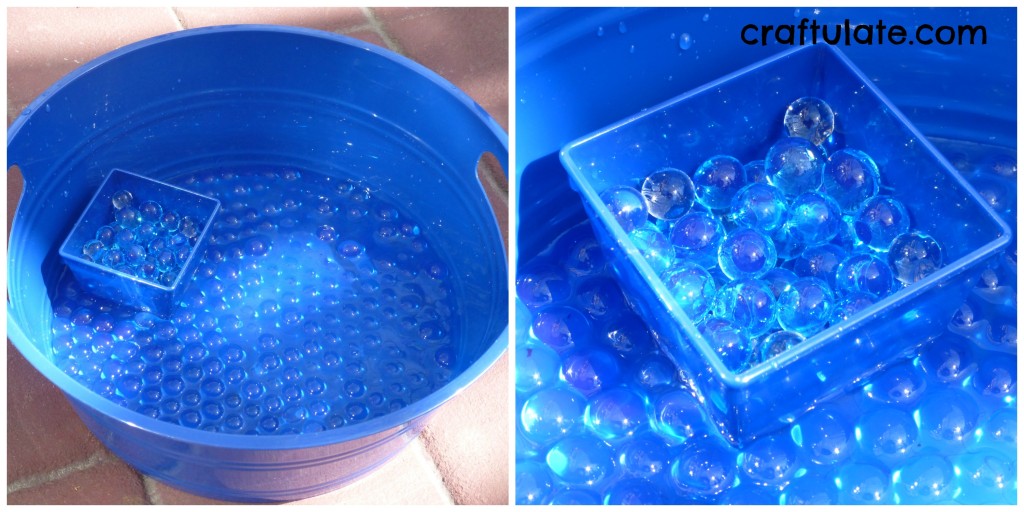 We took them outside and F began to investigate. He was absolutely fascinated by the water beads but wasn’t keen on touching them. To him, they probably felt a bit slimey. To me, they were cool, refreshing, soft and utterly pleasing. In a slightly weird but addictive way. But he loved watching me play with them and run them through my hands. He was also happy to use a bowl to scoop and pour over and over. 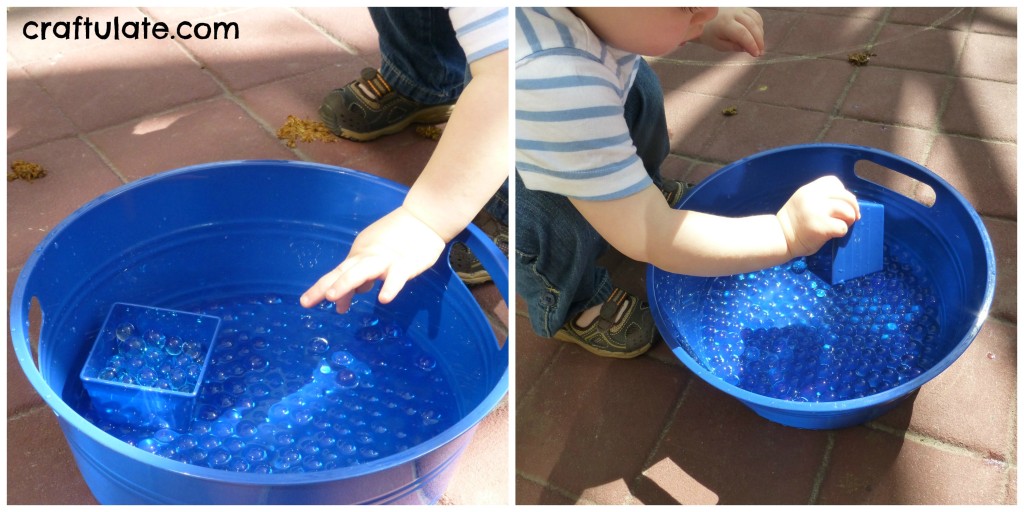 We moved the activity inside and I grabbed a spoon for F to use. 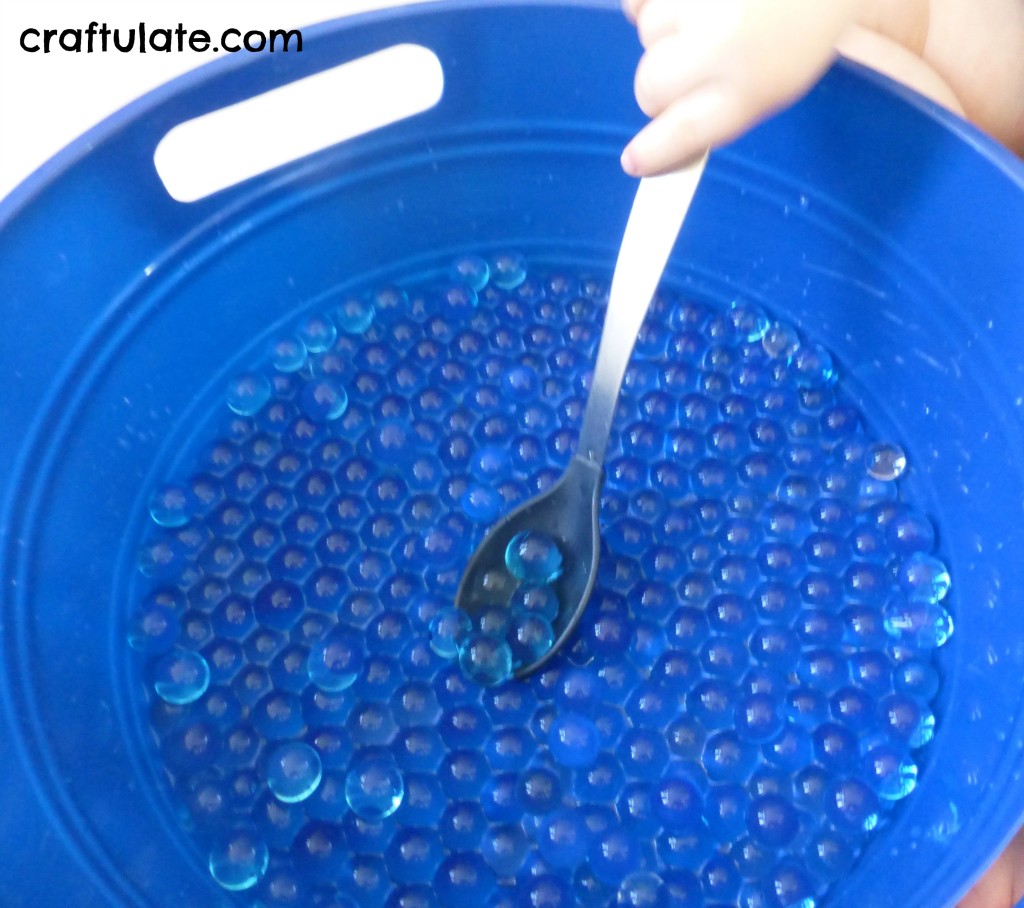 We played with the water beads several times over the following few days. F continued to be fascinated by them and would occasionally even touch one! 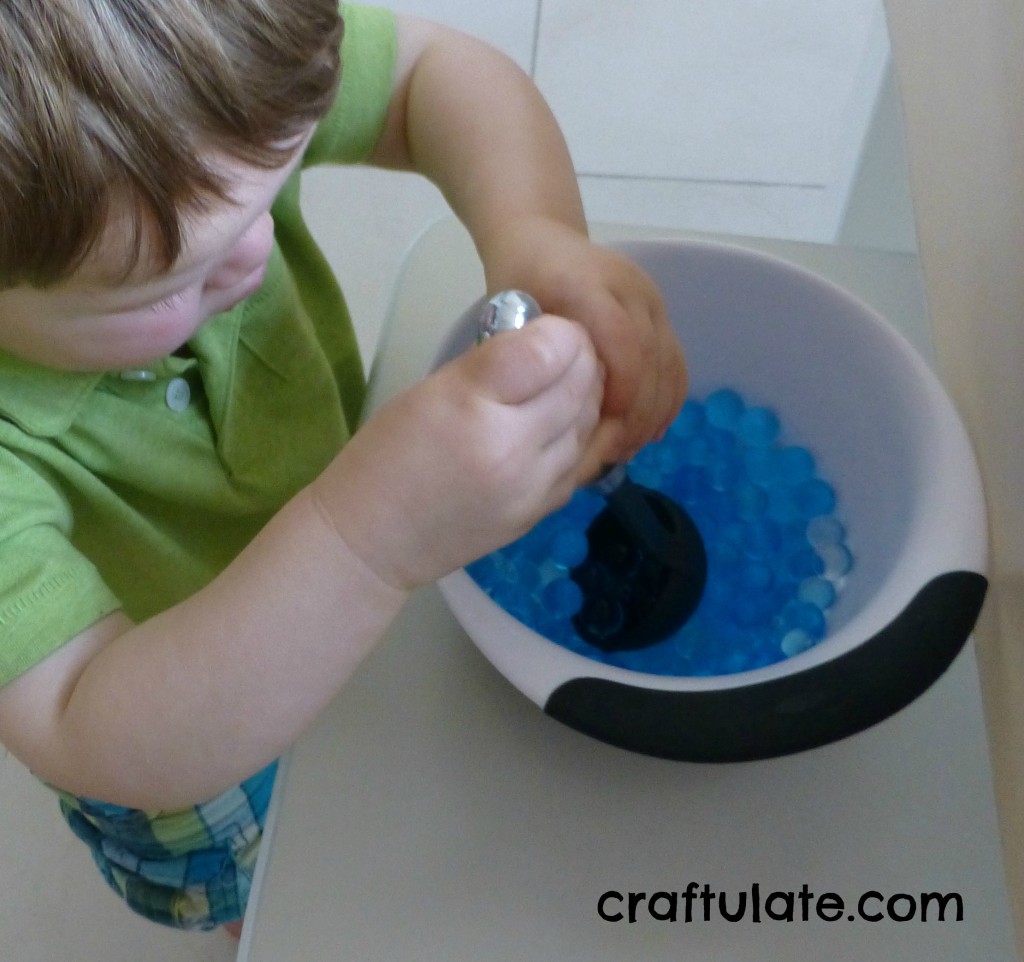 This activity was part of our Blue Crafts and Activities week.