These cupcake liner hearts are easy to make and perfect for Valentine’s Day cards or posters! 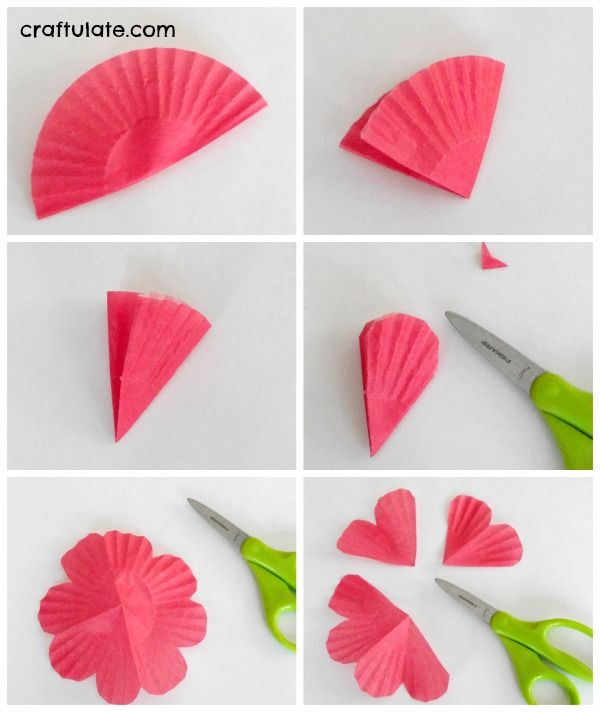 My willing helpers for this craft were Miss E (8.5 yrs) and Miss L (7 yrs). I demonstrated how to fold the cupcake liners as above. 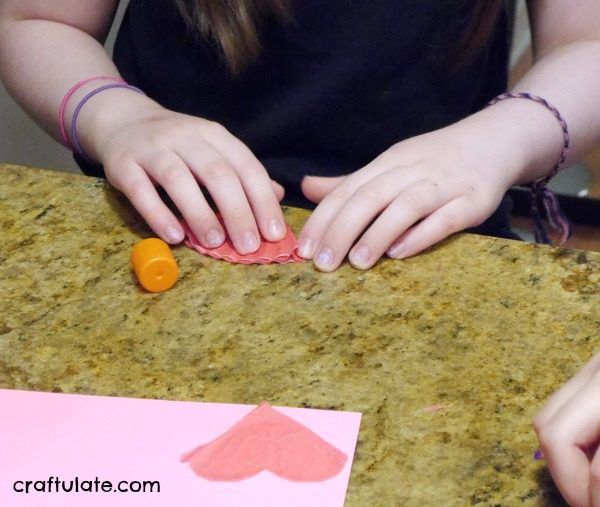 The girls cut the corners off to make rounded edges. They opened up the folded liners and cut them into four pieces, making four hearts. 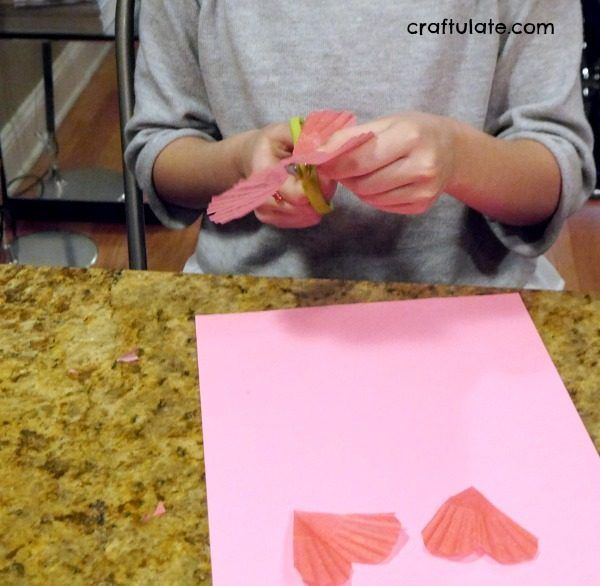 They decided to glue them onto a pink piece of card. 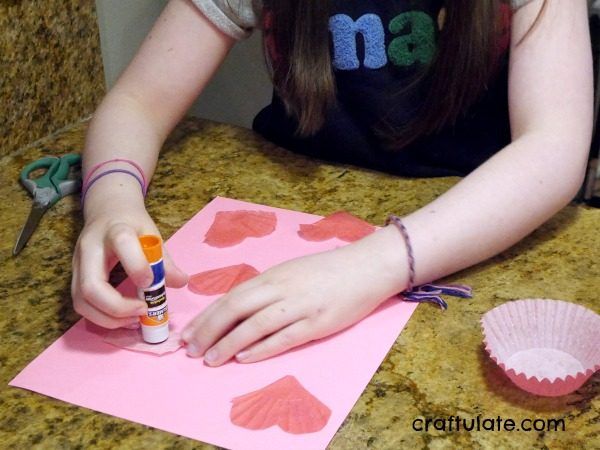 Miss E made a collage and Miss L made a frame with an added picture of her Daddy in the middle! 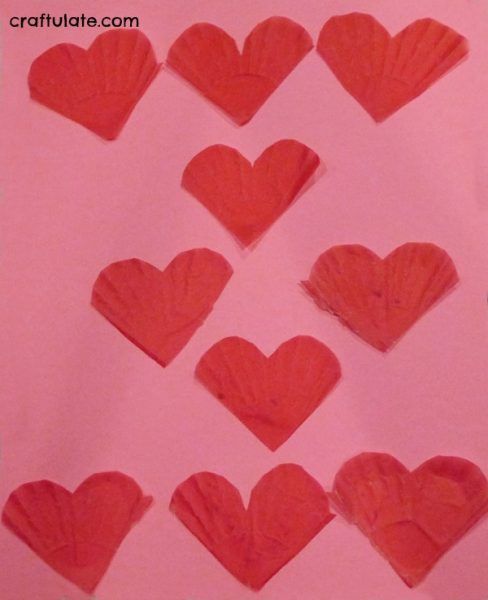 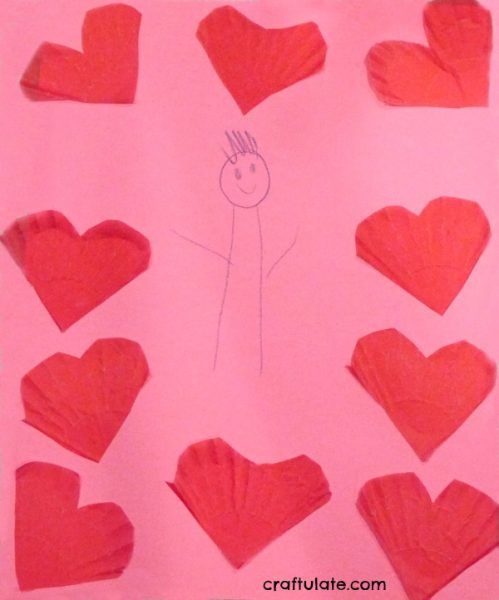