This is a simple exercise in copying patterns using building blocks. Manipulating the blocks is an easy way to get some fine motor practice! My son (2.5 yrs) has always enjoyed blocks, so I wanted to see if he could copy patterns. I made up four simple designs from his Mega Bloks collection, took photos, then printed them out. I put out a selection of blocks for him, including all the pieces that he would need. He caught onto the idea very quickly. He did the first two cards then decided it was time to eat. 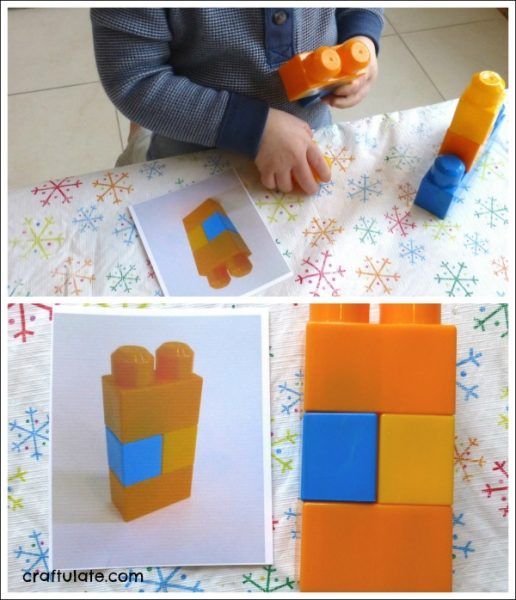 The next day he tried the other two cards, although he needed a bit of help with the final one, which was a bit more 3D. 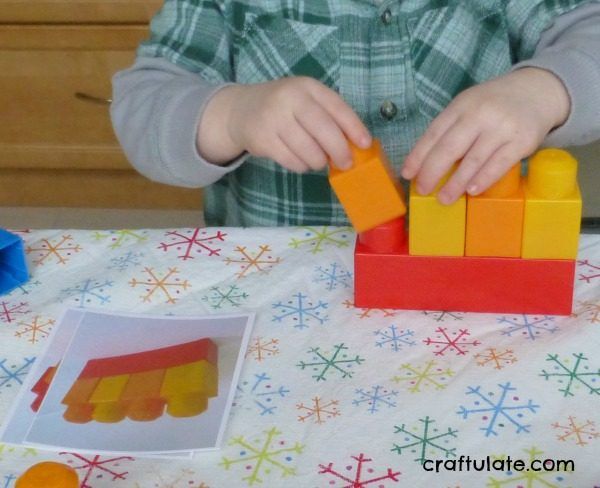 After this activity I put the blocks away and kept the cards with them, and next time he played with the blocks he tried copying the patterns again. I was encouraged by this so decided to make four new trickier cards.

This time I laminated them as they might be around a little longer. Oh, and I really like using my laminator! 😉 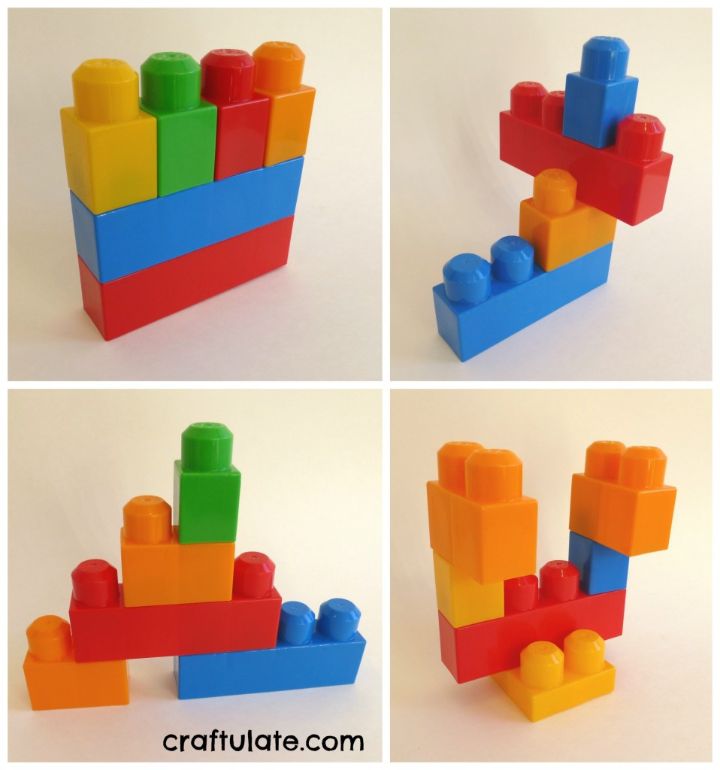 He did pretty well with the first one, and needed some help with the second. 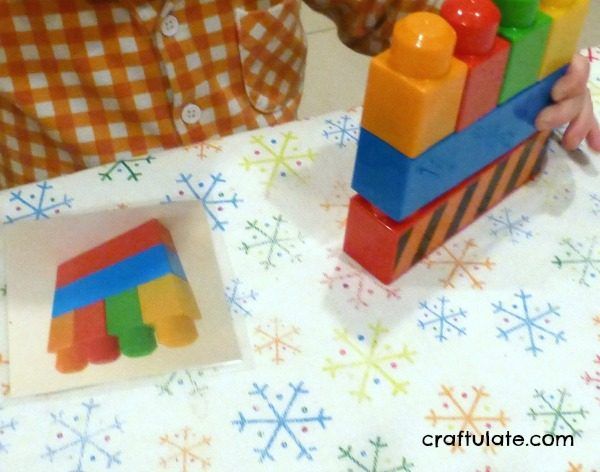 We came back to the last two a few days later. These were getting pretty complex so I started him off then he did a reasonable job of finishing them. But I can see him wanting to get it right and his love of things like puzzles will really help him achieve his goal! 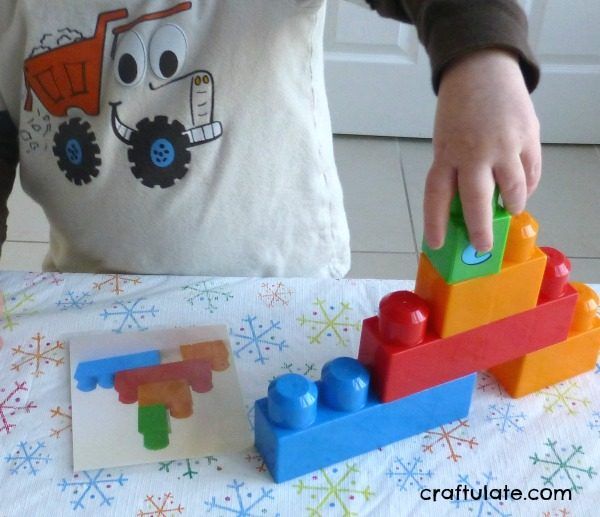 Please visit the other members of the Fine Motor Fridays team – some amazing ideas this week!