This cardboard box ramp craft can be used for cars, balls, or any toy with wheels! My son loves anything with wheels right now. And he loves running up and down ramps. So why not combine the two? And quite frankly, some cardboard boxes are just too good to throw away! So here’s our cardboard box ramp!

I made this from a large cardboard box and some kitchen paper tubes. First I cut off the flaps from the top of the box with a craft knife. Then I used the flaps plus the tubes (some cut in half length-ways) to create all kinds of ramps and tunnels. 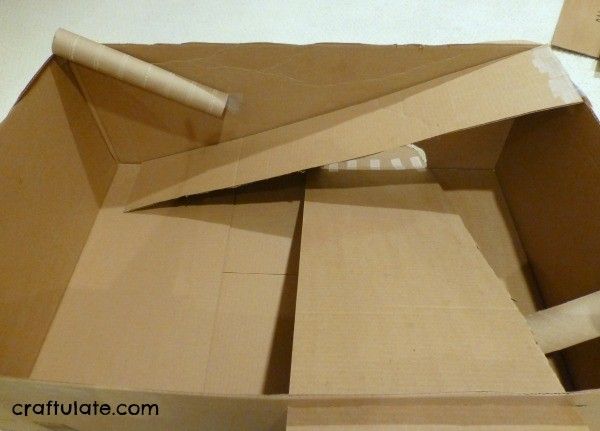 I really enjoyed figuring it all out and seeing it all come together. 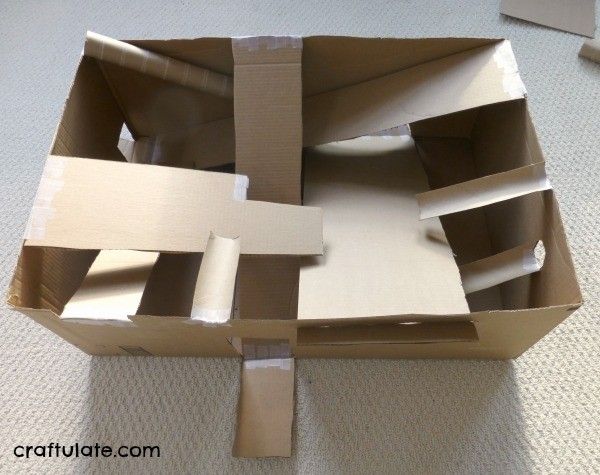 I used tape to join everything together – hot glue might have been better but I worked on this for a short amount of time over a series of evenings, so tape just seemed easier.

F was delighted with his new cardboard box ramp. He spent a long time investigating all the different ramps and chutes by rolling a ball (or two!) down them. Then I showed him that cars would work well too – and that made his day! 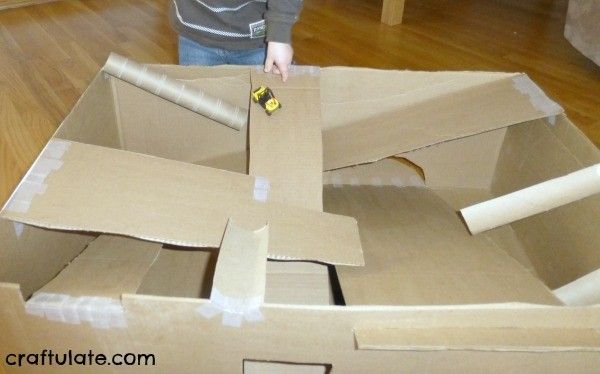 This toy could also be used for anything with wheels that can fit down the cardboard tubes! Over the next few days it needed a couple of quick repairs but nothing major. I look forward to F helping me make the next one!
[bctt tweet=”Cardboard Box Ramp for Cars and Balls”]
Do you love making toys out of recycled items? Check out Green, Crafty & Creative – a book that I have co-authored!