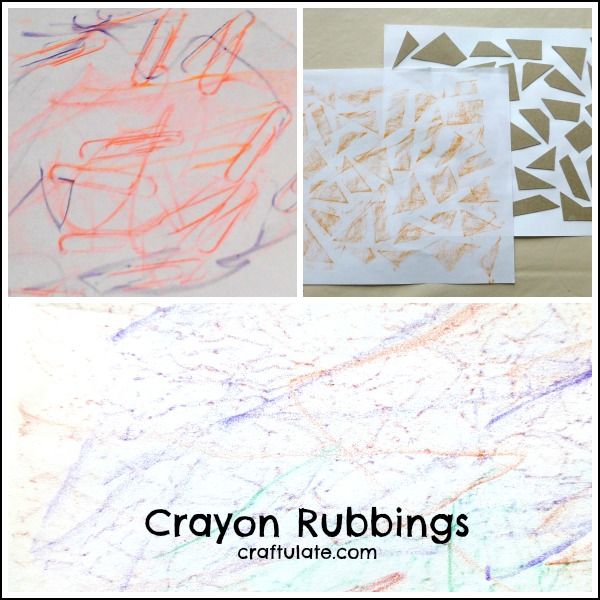 We have been trying out different surfaces to make crayon rubbings. You’ll need some crayons with the paper removed for this activity, and use the crayon on it’s side for the best effect.

Aluminium Foil
I screwed some foil up into a ball, opened it out, and then trimmed it to the same size as a sheet of paper (A4). Then I taped the paper down on top of the foil, direct to the table. My son didn’t quite get the hang of always using the crayon on its side, so we had some normal scribbles mixed in with the rubbings. 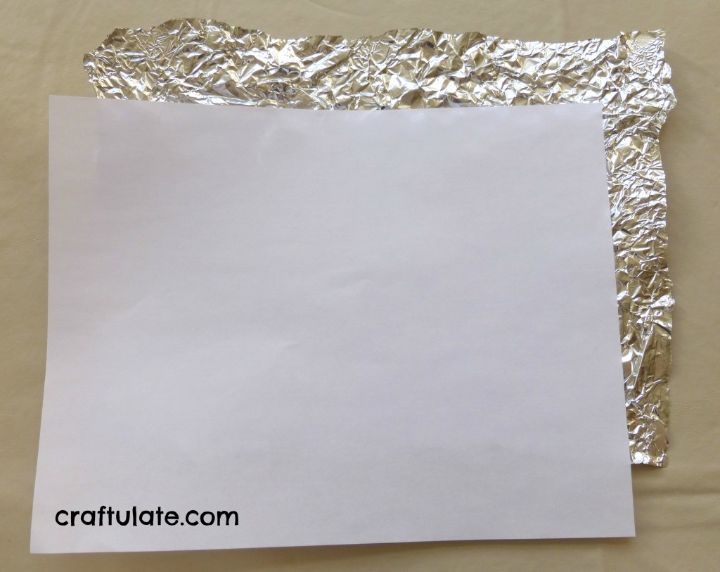 Foam Floor Mats
As part of a “craft picnic” at a friend’s house we taped some paper over parts of floor mats and then rubbed crayon over them to see the effect. 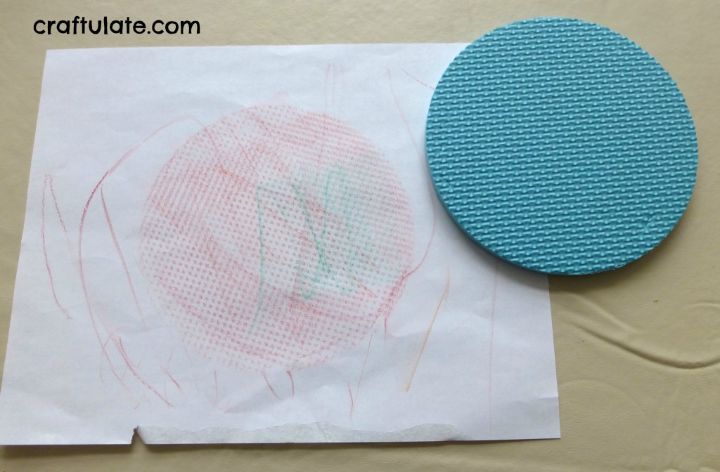 Homemade Rubbing Plates
You can buy plastic rubbing plates with animal prints, dinosaurs, insects etc, but as we don’t have any (yet!) I made some using cardboard from a cereal box glued onto a piece of card. It doesn’t really matter what patterns you chose, just something that will produce an interesting effect. 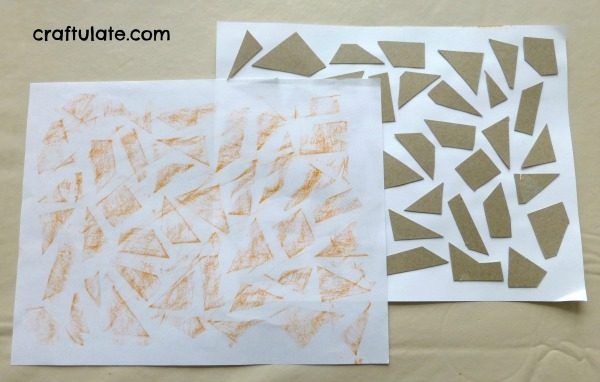 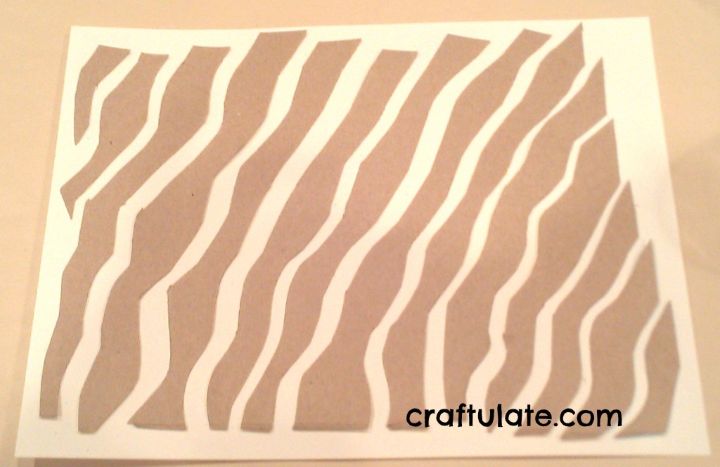 Paperclips
Giant paperclips made good rubbing patterns but they move around quite a bit. 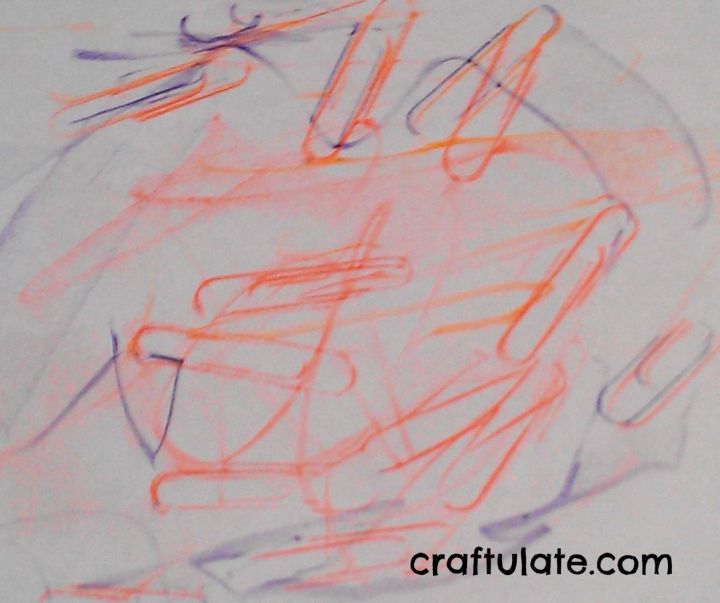 Shredded Paper
I put paper from the shredder underneath a plain piece of paper and taped it down. It didn’t make the most beautiful picture but it was still texturally interesting. 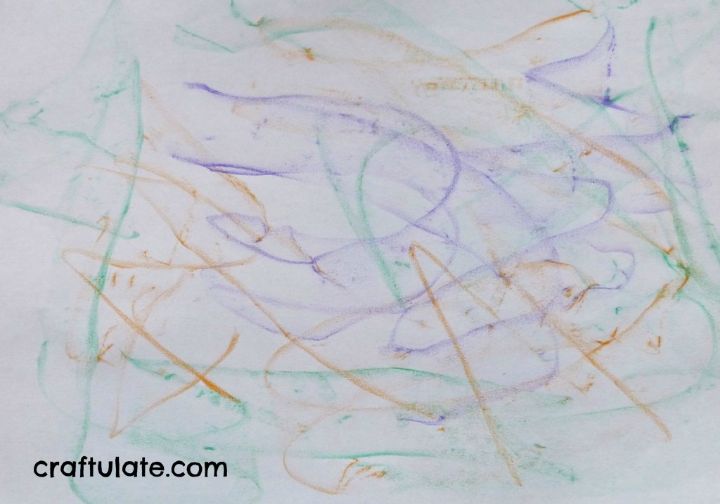 We’ll definitely do this again when F is a bit older, as I had to help him quite a bit. It would be great to collect leaves later in the year, or just take the whole activity outside and see what we can find.