These invisible hot glue letters can be used for all sorts of activities – we put them in flour for a sensory bin scavenger hunt! Sometimes an idea comes to my attention that I just *have* to try out! In this instance it was And Next Come L’s Sensory Bins using Invisible Letters and Numbers, who in turn got inspiration from I Can Teach My Child. These invisible hot glue letters are made from “drawing” with a hot glue gun, and as my new gun is woefully underused, I just had to give this a go.

I cranked up the glue gun and prepared a surface – I used a silicon mat as it can take the hot temperature and made removing the letters very easy. The creation of the letters was pretty straightforward – in fact I got so carried away that I did both upper case AND lower case! I did have to redo a few of letters but that was just me trying to get them perfect. 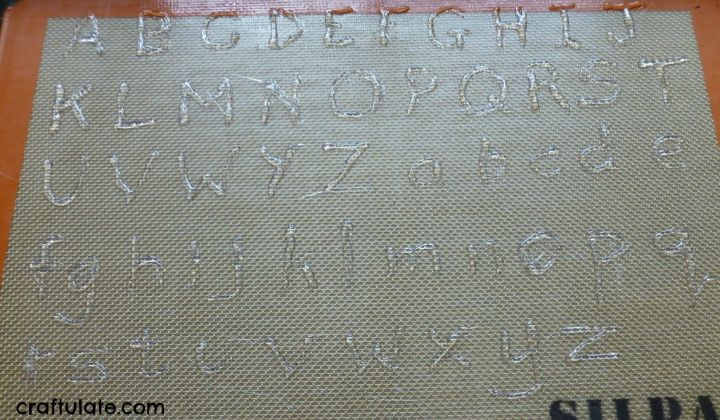 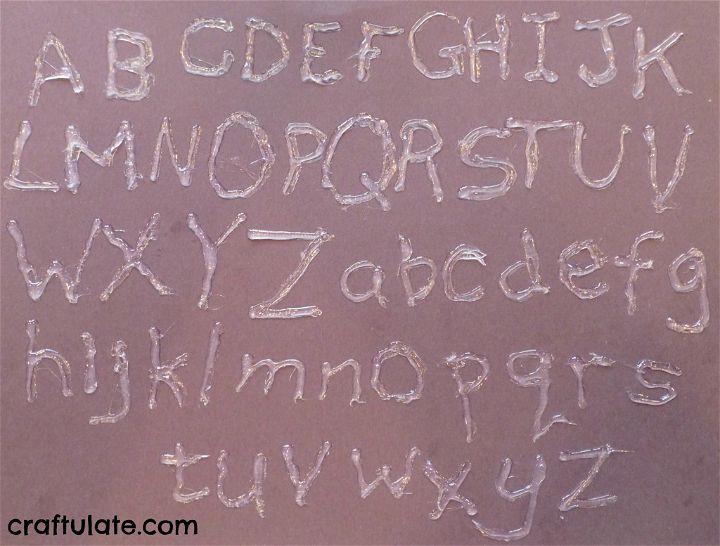 Lower case letters present a problem with letters “i” and “j”, as there is no way of attaching the dot. But I figured that as I was just going to throw them into a sensory bin F probably wouldn’t mind if they weren’t there. An additional issue is the similarity between some of the letters: a “P” looks like a “b” or “d”, a “u” looks like a “n”, and so on. However, as long as F recognised something I would be happy!

First I added the letters to a bowl of uncooked white rice to make a sensory bin. They were quite hard to find but F pulled out as many as he could find, calling out the letter names as he found them. 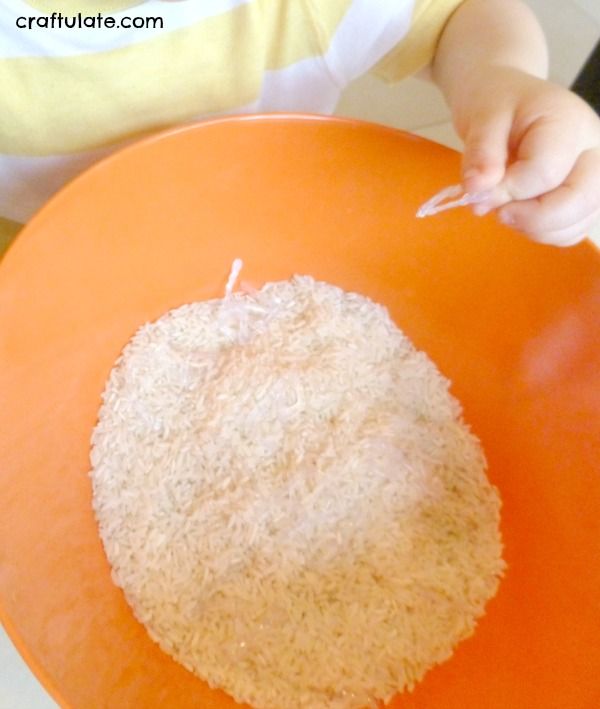 He also enjoyed playing with rice! The next day I added the letters to a bowl of white flour. The flour stuck to the letters which was OK as it made them even more invisible! F was quite happy finding the letters until his fingers got all mucky – then he was less keen on this activity! 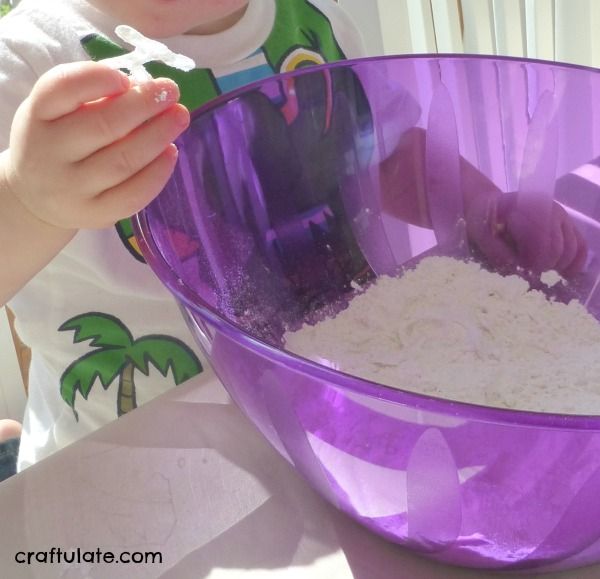