This “What’s Missing?” game is great for working on short term memory skills. We played it with trains but you could use any other kind of toy or household item! 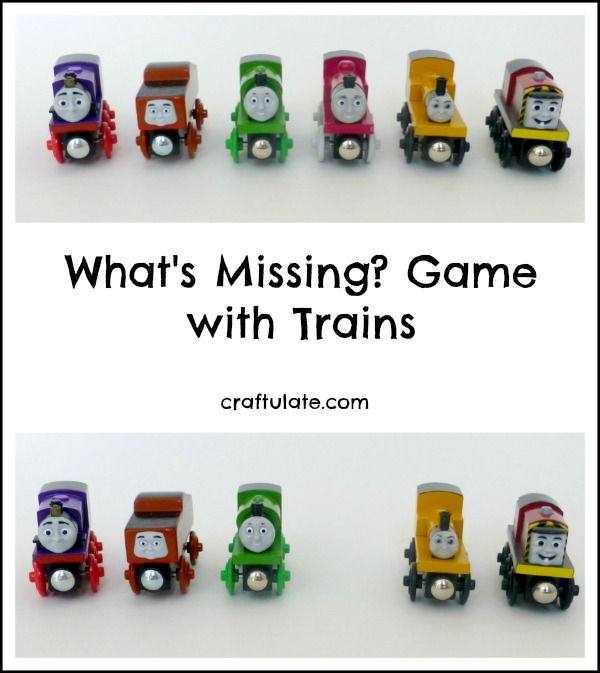 I demonstrated this new game to my son by laying out five trains on a table. He immediately wanted to add to them and rearrange them but I managed to dissuade him until he’d tried my game. I asked him to close his eyes and count to ten, during which time I removed one of the trains. I asked him which one was missing and he tried to look in my hand. So I showed him and replaced the train on the table. After a few more goes at this he really got the idea of it. 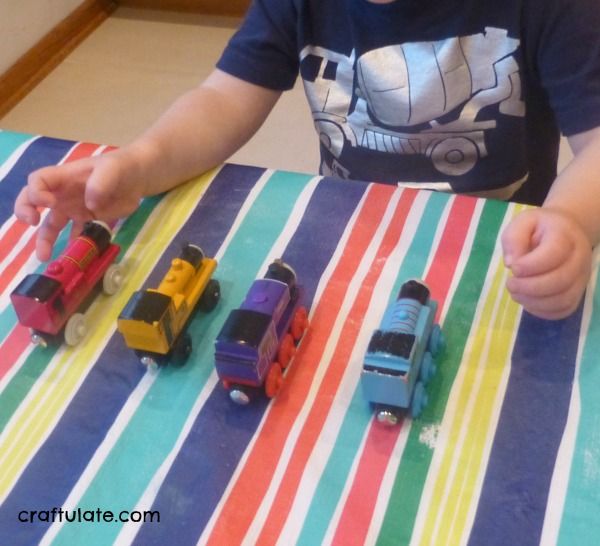 I then tried to make it a bit trickier by using two red, two purple and one blue train. But he knows his trains too well – he always guessed correctly which one was missing!

I decided that it just wasn’t enough of a challenge, so I tested him with seven trains. He decided to make them into a circle. By this point I had decided that there was some cheating going on, so I made him put his hand over his eyes while he was counting. He still knew which one I had taken. 🙂

A few days later we tried this again – with seven trains that I randomly picked out. He didn’t have long to study them before playing the game, but he still guessed correctly. 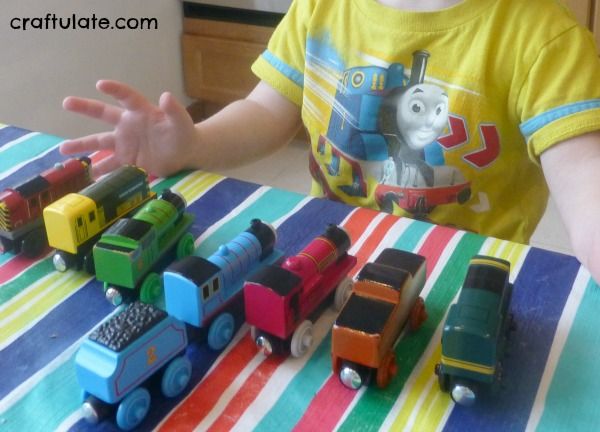 I was really impressed with how quickly he got the hang of this game and how much enjoyment he got out of it. He’s never very far from his trains and no set up is required – so I’m sure we’ll be playing it a lot.  We could also try this game at family dinner time or even at a restaurant!