This activity focuses on measuring Hot Wheels jumps and recording them. 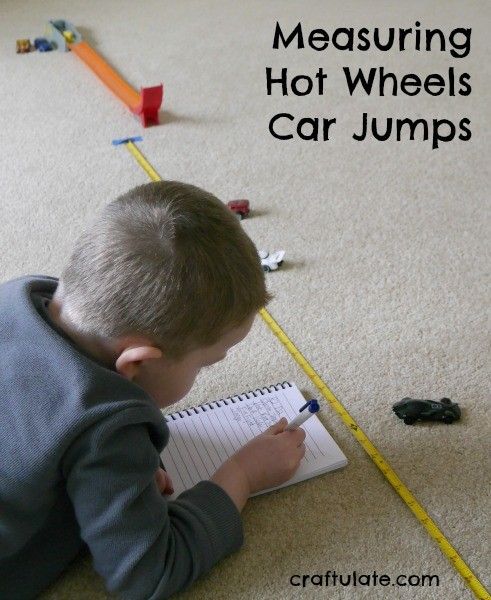 Like most children, my son has gone in phases of his current interest. Regular readers will know that for a LONG time it was trains. He is now more diverse in his tastes, but as far as vehicles are concerned he is definitely into cars! We’ve also been working on his math skills, so this activity combined both of these!

We set up a simple track with a launcher and jump. The jump was part of the launch pack set. There is no particular reason to have a simple track – I just didn’t want him to get lost in endless track perfecting this time! We got out his tape measure and laid it out at the end of the track. We used some tape to secure both track and tape to the floor to keep our measurements accurate! 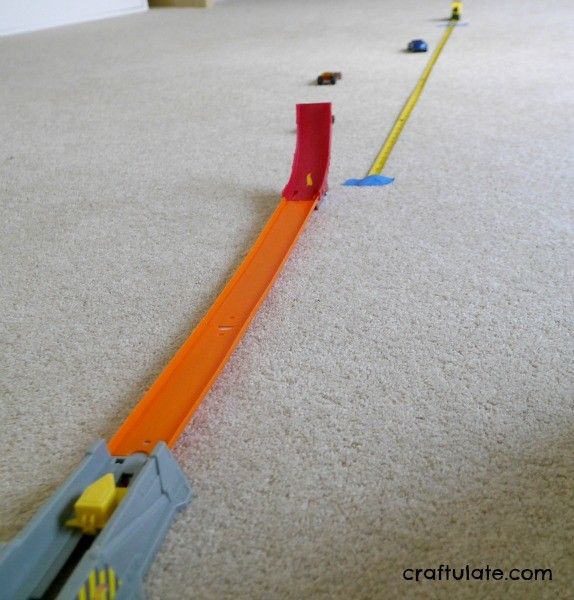 We got a selection of cars ready. And of course we got a notebook and pen. I wrote down the names of all the cars, and then it was up to him to write the measurements.

We launched the first car and watched to see how long the jump was. F looked at the corresponding number on his tape measure and then wrote it down in the book.

He continued to launch the rest of the cars. Do you like my action shot? 😉 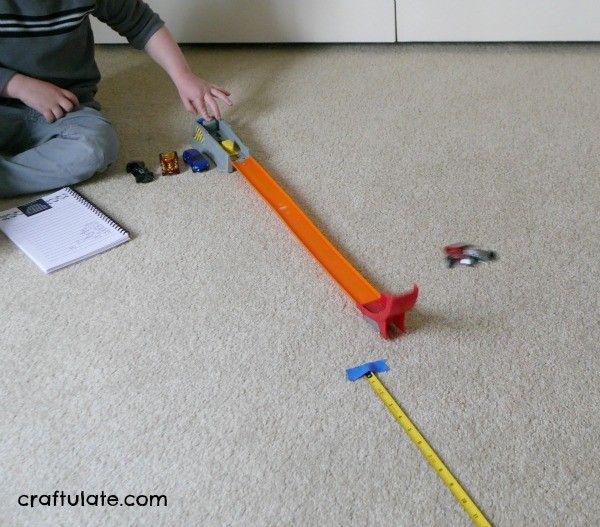 After all six cars had jumped we could announce the winner! It was R2-D2!! 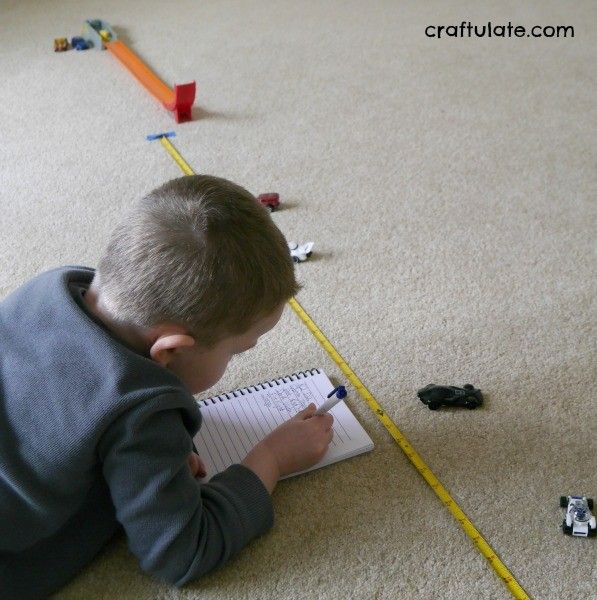 From this test we tried a different jump, and recorded the measurements. Then F went off and got his Hot Wheels Speedometer – this toy fits onto the track and (allegedly) records the speed of the cars. So we set up a track and wrote down a third set of results – based on speed! No chance of action photos with this test! 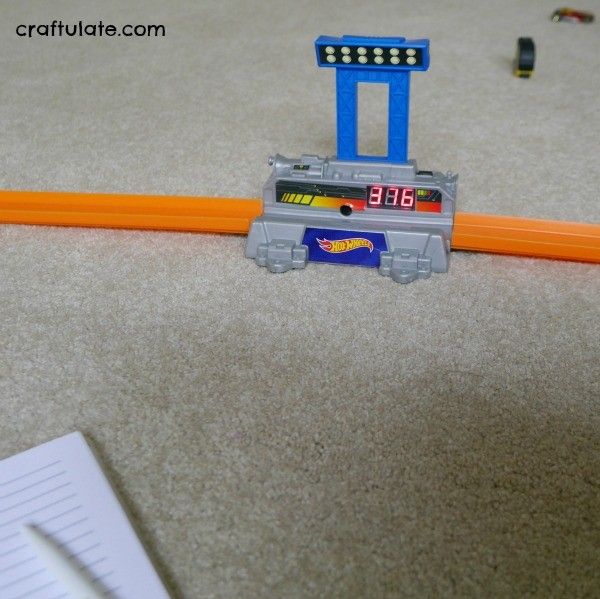 This was such a good activity for my son because he often races the cars against each other – and the act of writing down the results really helped!