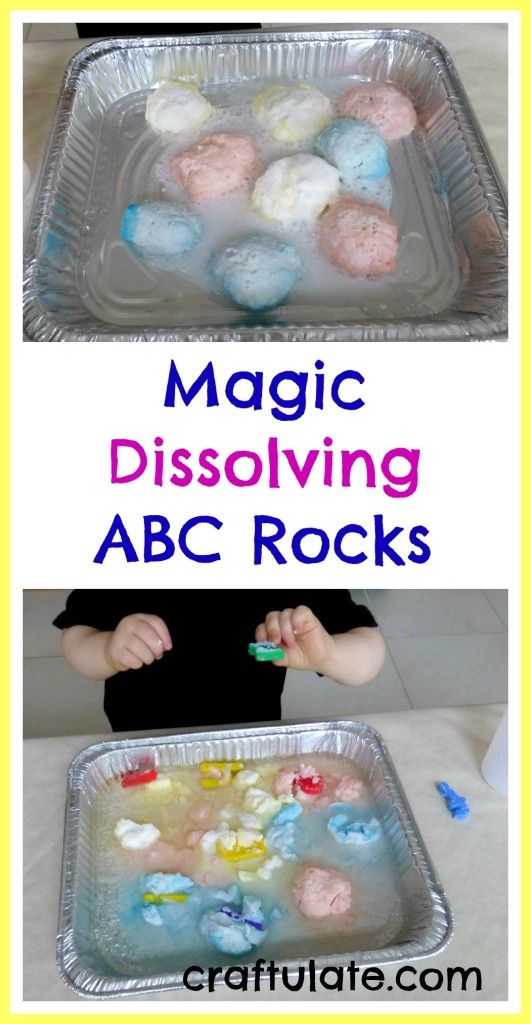 I saw this absolutely great idea on Fun at Home with Kids and wanted to recreate it for my son. Instead of hiding treasure or animals, I decided to hide some plastic letters and make ABC rocks.

The first thing I did was to make some baking soda dough. I started with 1 cup of baking soda and ¼ cup of water and mixed them together. When the dough started to hold together I added a few drops of food colouring. 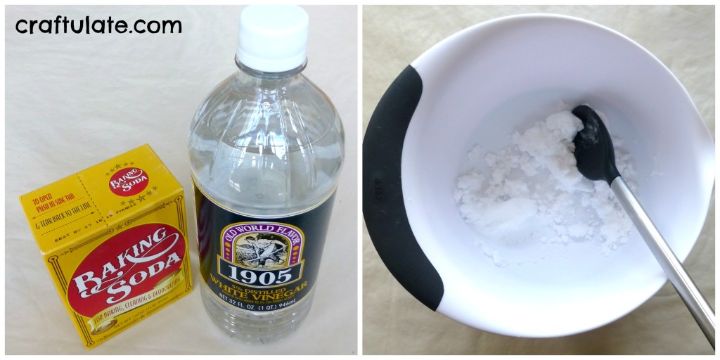 Then I took a small handful of the dough and wrapped it around a plastic letter. One batch of the above recipe made enough to cover three letters, so I did three batches in different colours. This only made 9 rocks but I hoped this would be enough to start with. I concentrated on using the lower case letters as F needs a bit more practice with these. 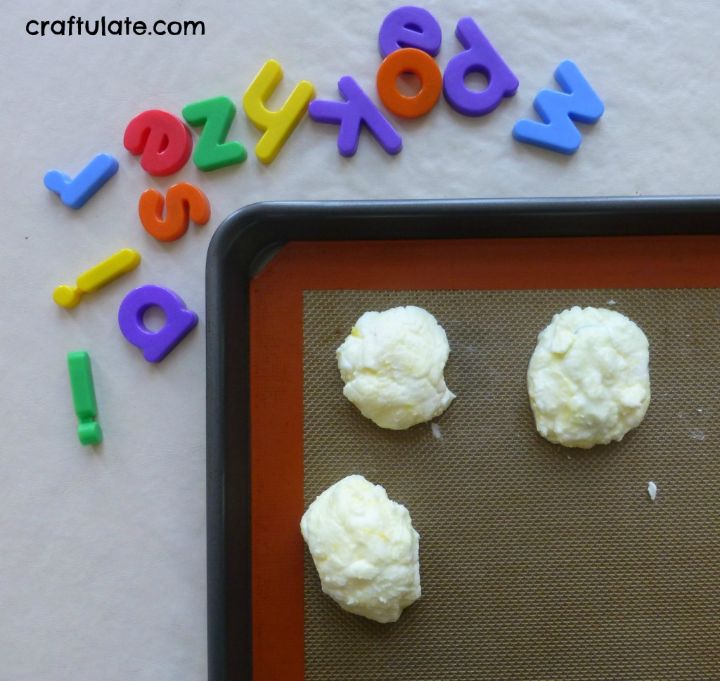 I left the rocks to solidify overnight. 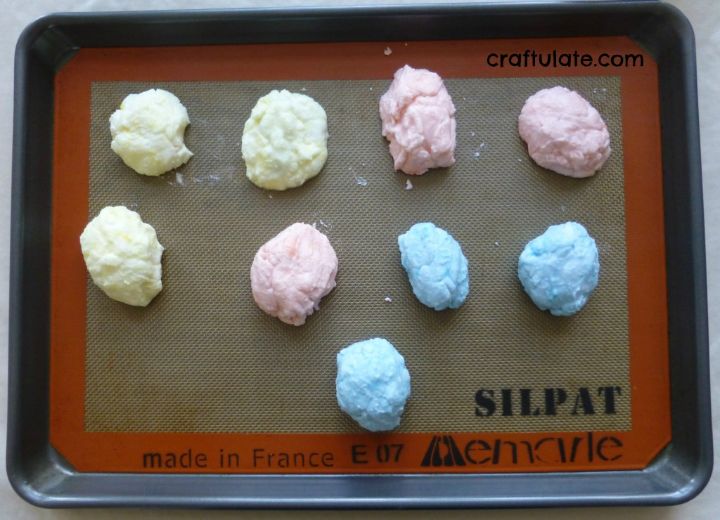 The next day I placed one rock in a foil tray and spritzed on some vinegar. Ooooh, bubbles!

Then I added the rest of the rocks and handed over the spritzer to F. 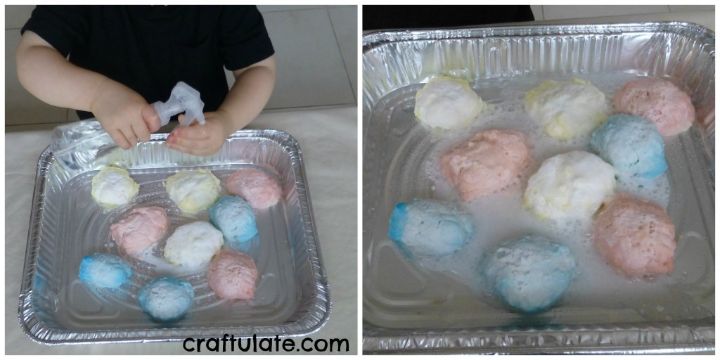 The bubbles were fun but the letters hadn’t emerged yet, so I gave him a squeezy bottle of vinegar. This got the reactions going faster! 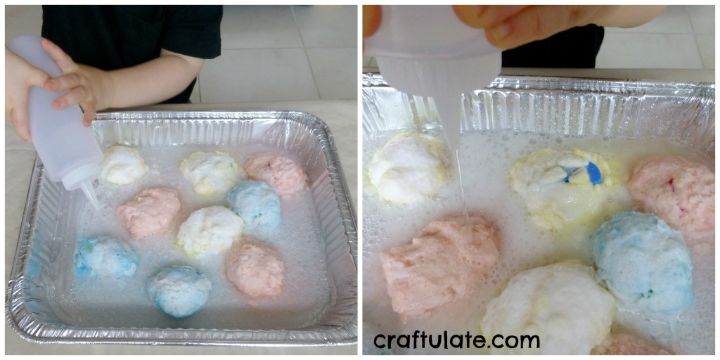 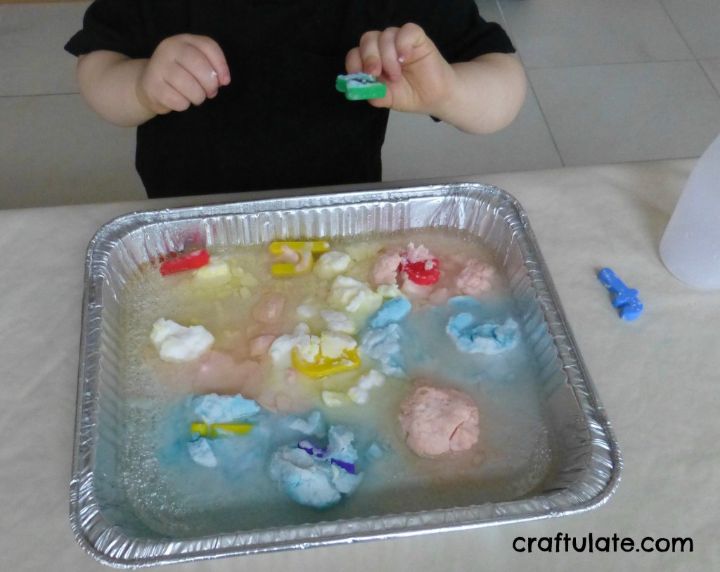 As the letters emerged he called out the names and we placed them out to “dry” on a piece of kitchen paper. 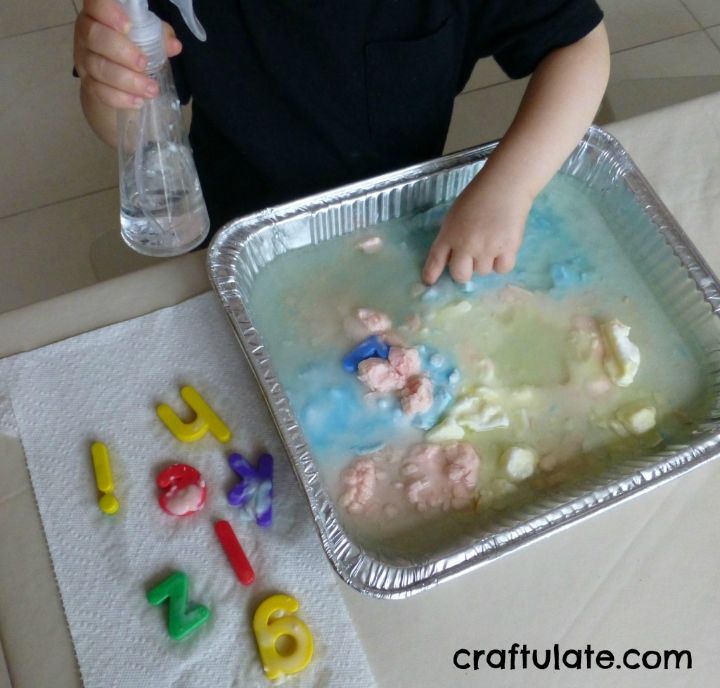 F is 28 months and I didn’t feel the need to elaborate on the science experiment aspect of this activity. It was enough for me that he enjoyed it and wanted to do more and more!

I bought the baking soda and vinegar from the dollar store (well actually the baking soda was only 59 cents and we only used half the vinegar) so it didn’t cost very much to put together. We’ll definitely be trying out some more experiments soon!