If your children are learning the letters of the alphabet, try this ABC scavenger hunt at your local park! 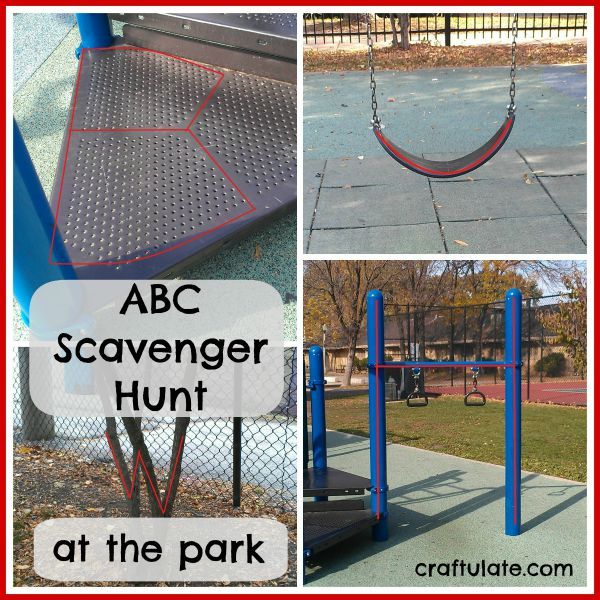 I was utterly inspired by KC Edventures for this ABC Scavenger Hunt! But could we find EVERY letter?

A few weeks ago we were at the park and my son shouted out “P”! This is what he’d seen: 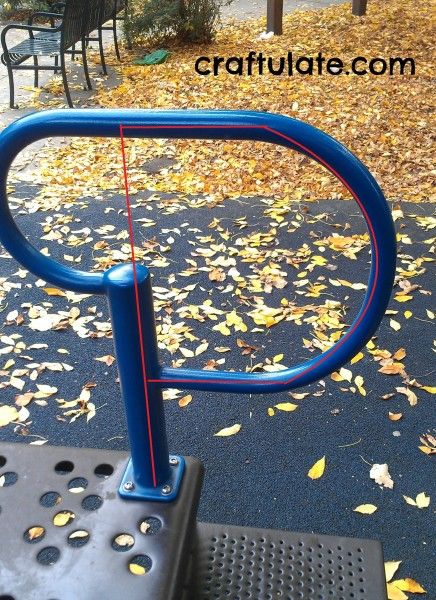 I didn’t think any more about it until a few days ago in the same park, where he shouted out “Q”! He’d seen this chalk drawing on the ground. I’m pretty sure that it wasn’t meant to be a “Q”, but to him it was obvious. 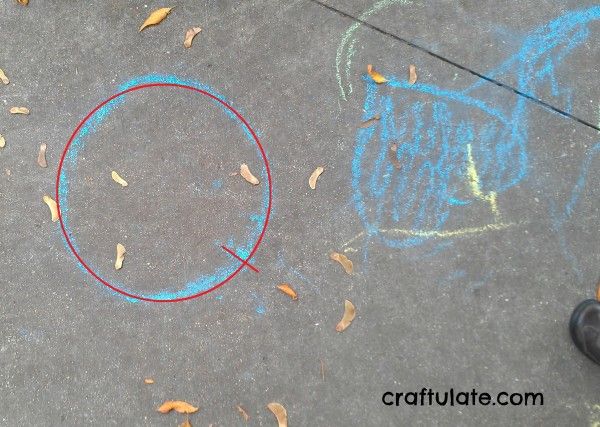 With KC Edventures‘s activity in mind I really wanted to see how many letters we could find if we properly hunted for them. I printed out a checklist and enlisted the help of my blog buddy Laura from LalyMom and her two children. It was great to have some help finding the letters as we had to be pretty creative with some of them. We tried to stick to capital letters only which made things harder! Here’s a summary of our findings.

A
This was a tricky one! 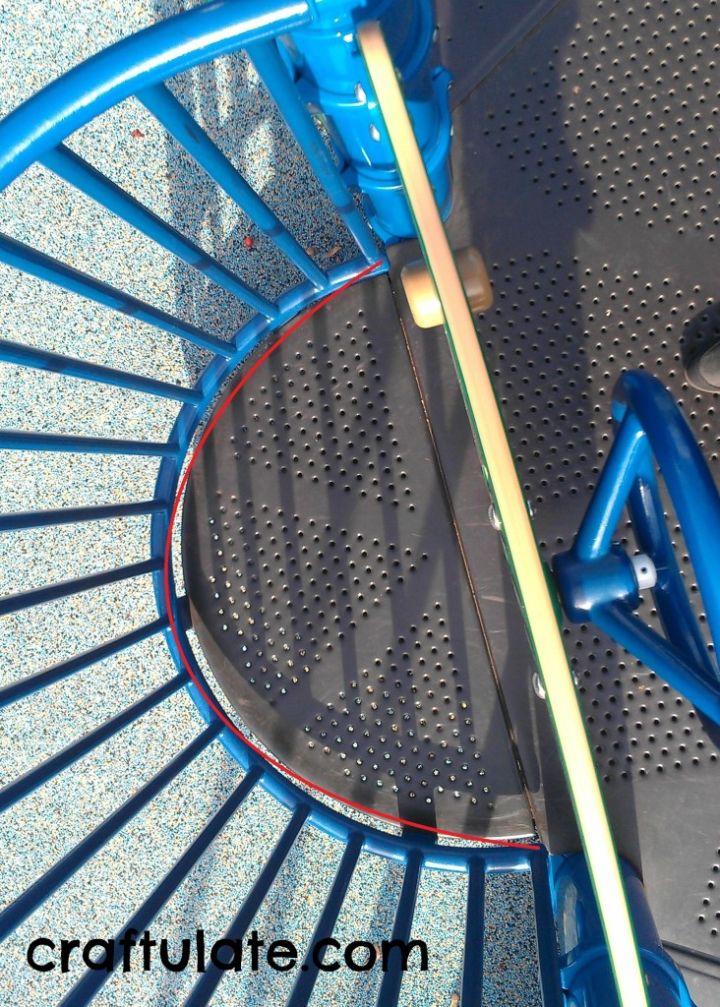 E
The “E” was part of a ladder frame.

F
This was part of a rotating marble run that was set into the play structure. 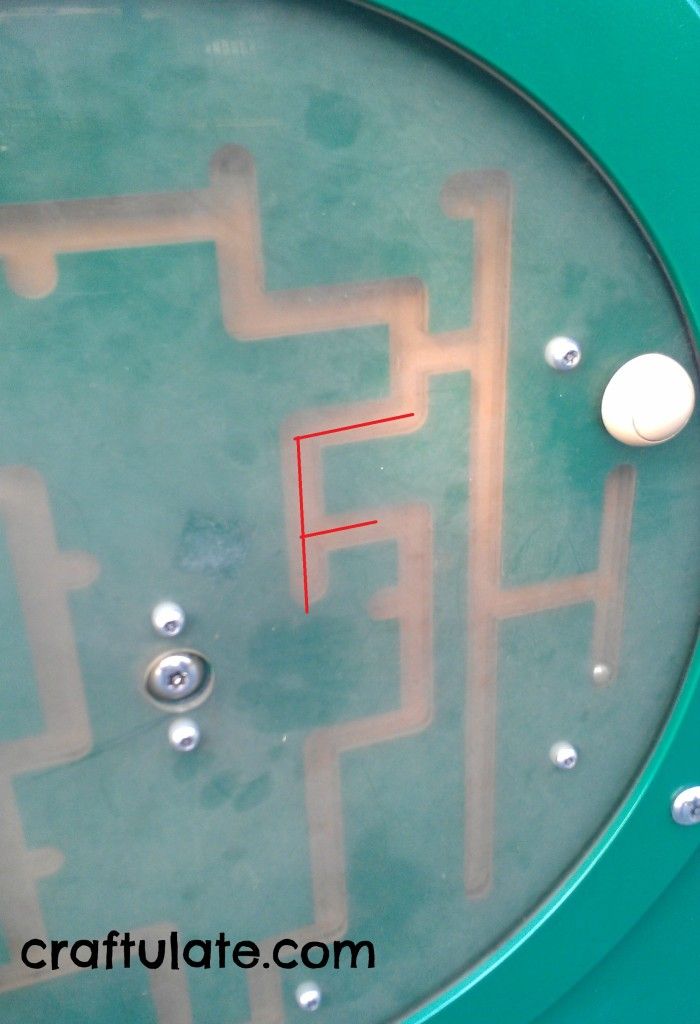 G
This was one of our hardest letters to find! We tried seeing if the curly slide would look like a “G” when seen from above. But we also had two slightly cheating options! 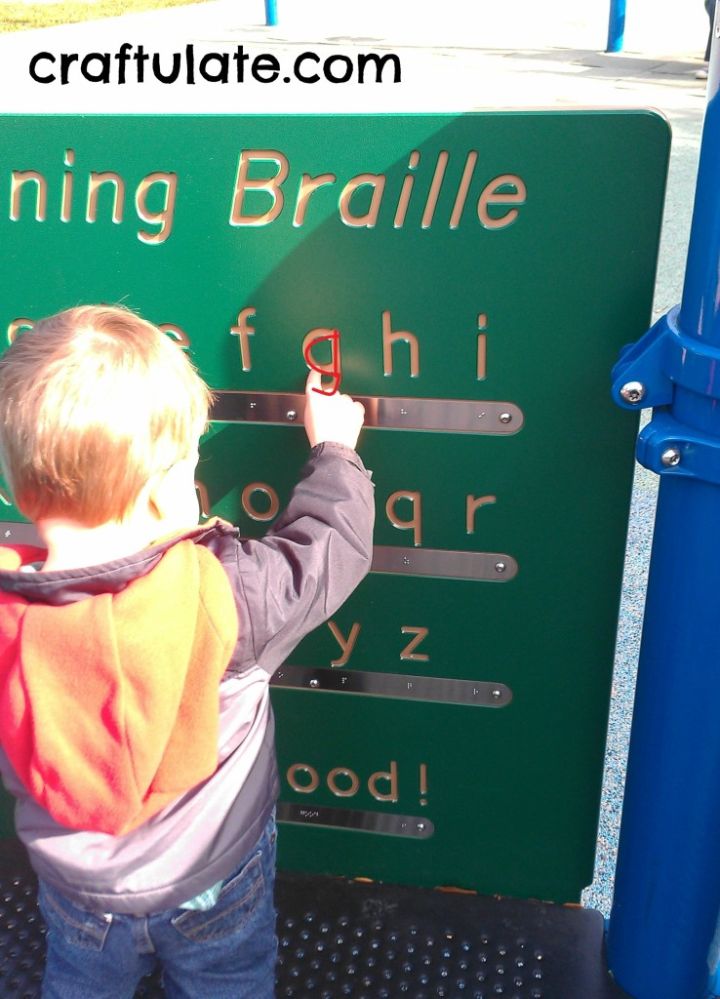 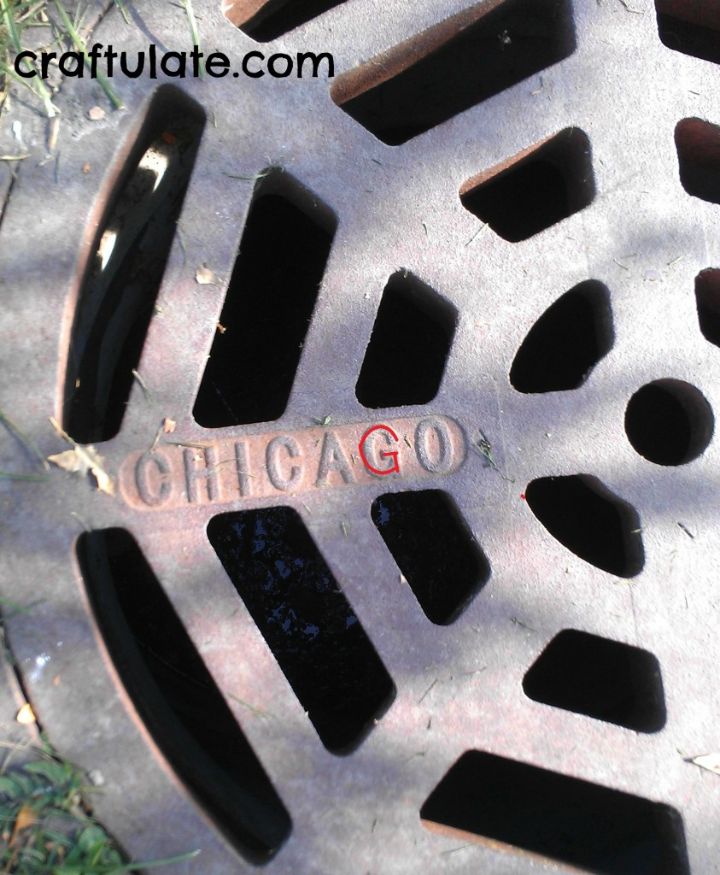 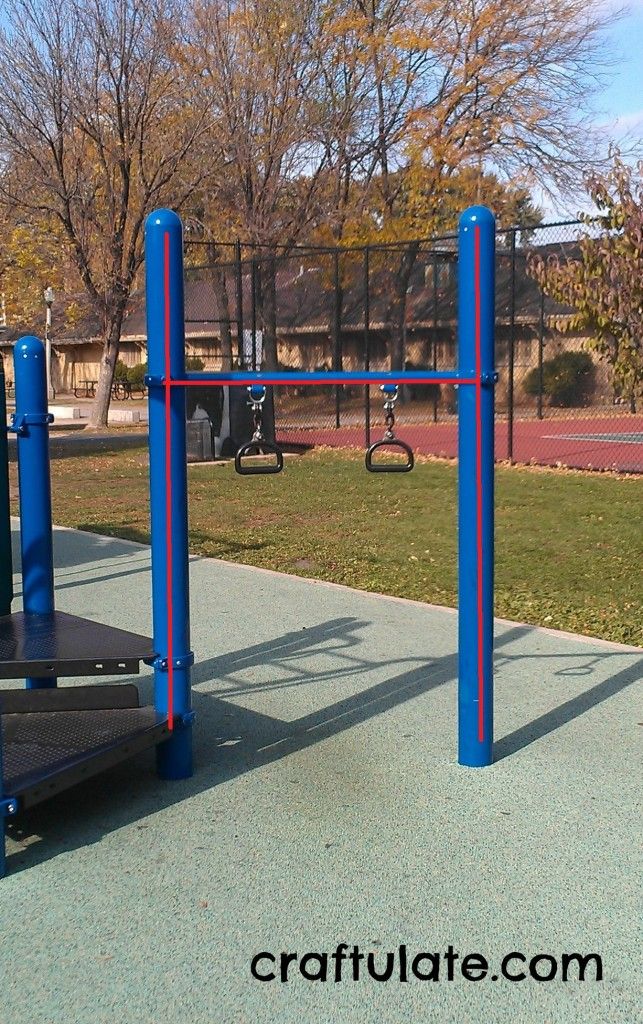 I was one of the climbing frame supports.

J
These little steps were great for our ABC hunt – they could also have been “U”, “H”, “Y” and many more! 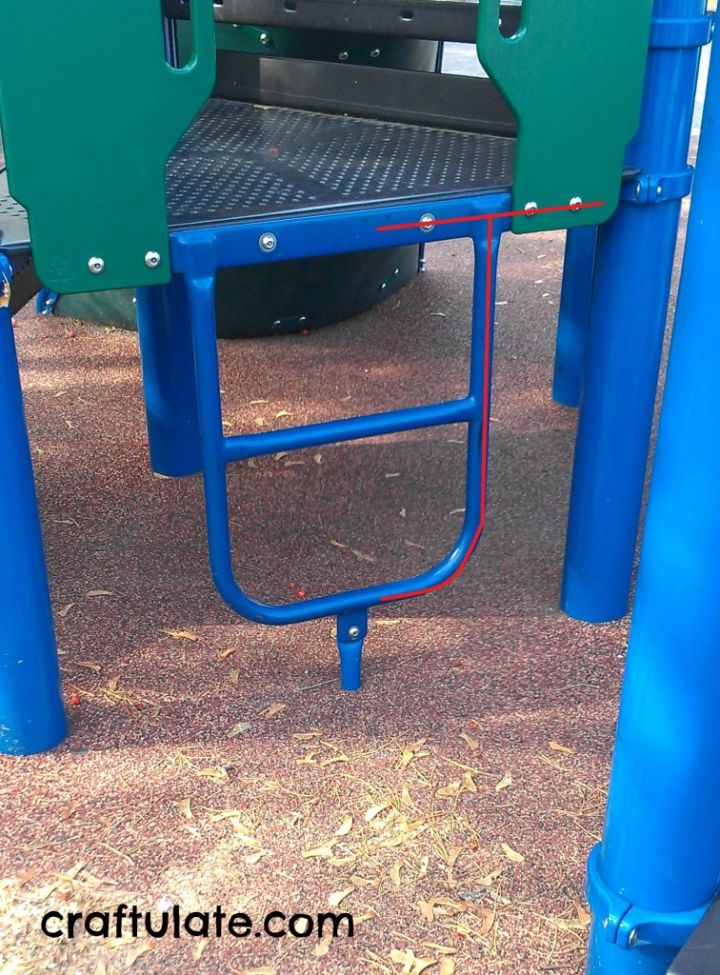 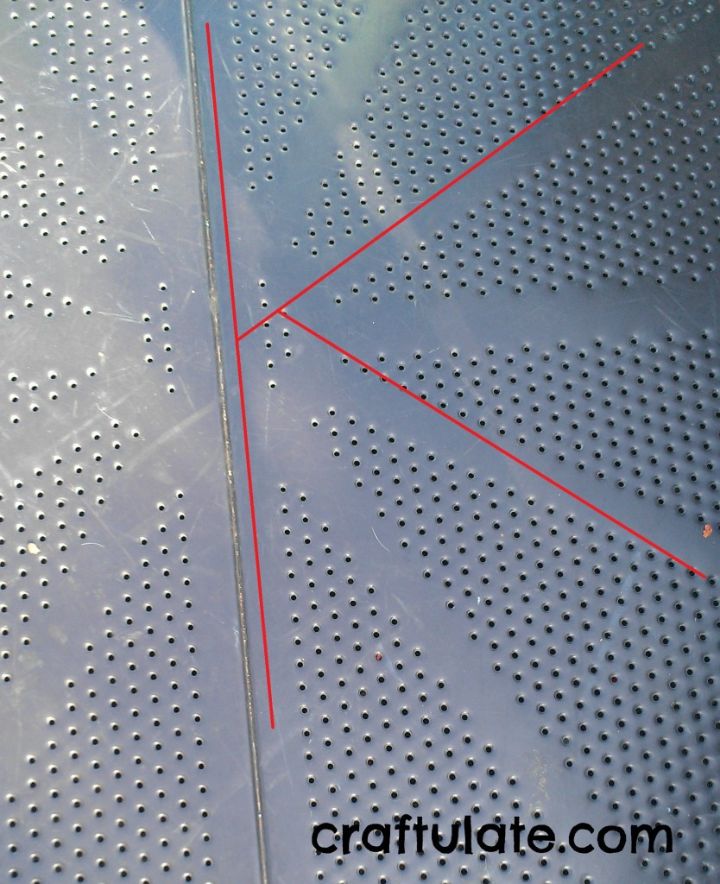 L was a step and support. 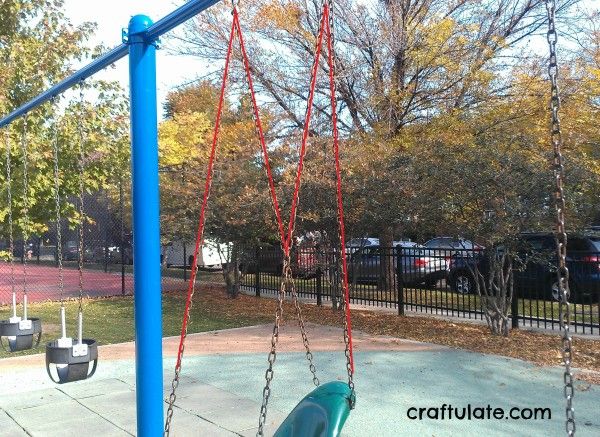 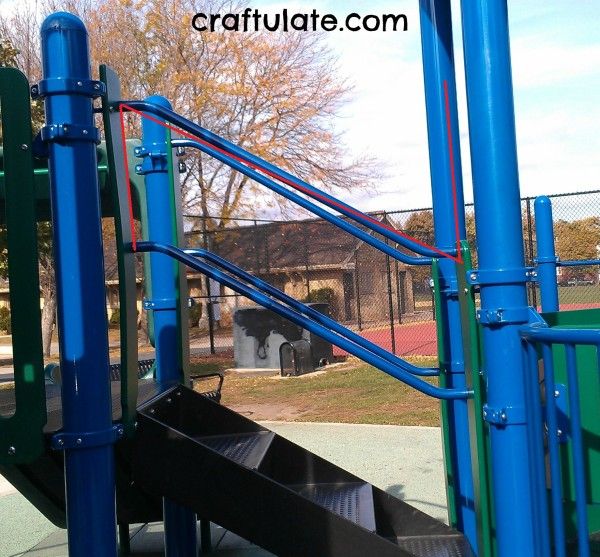 O
Many many options for “O” at the park – we settled for a steering wheel! 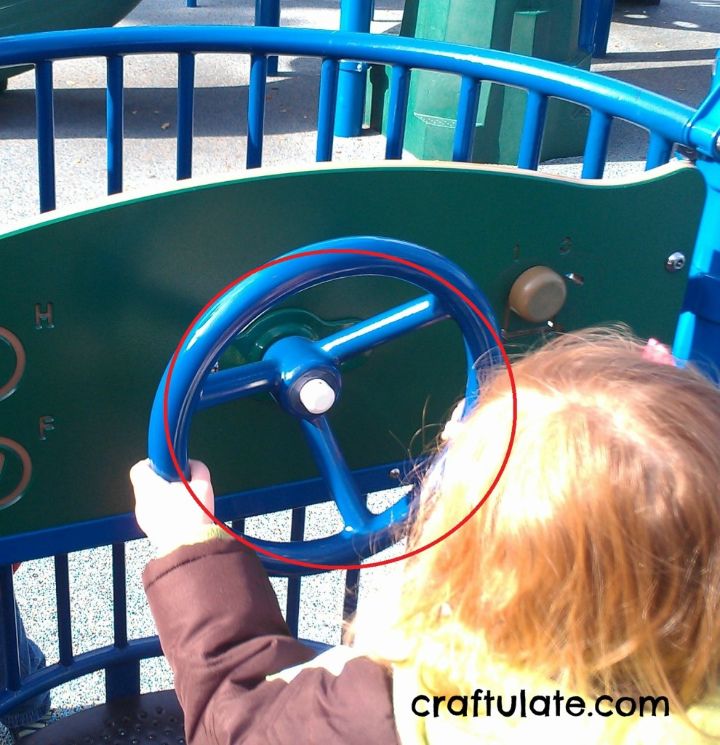 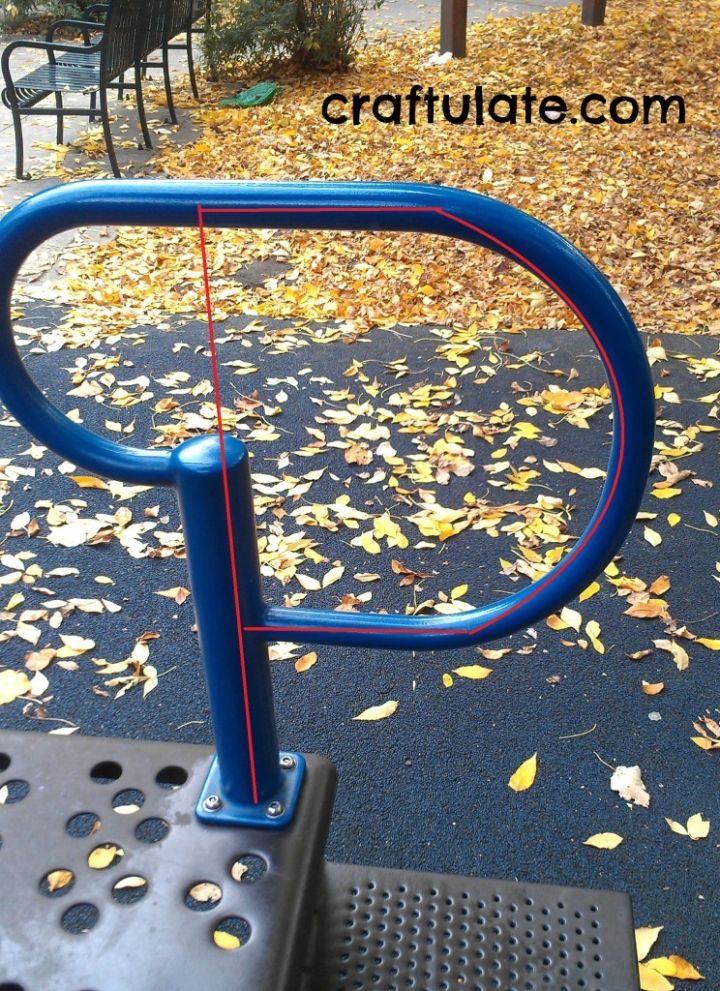 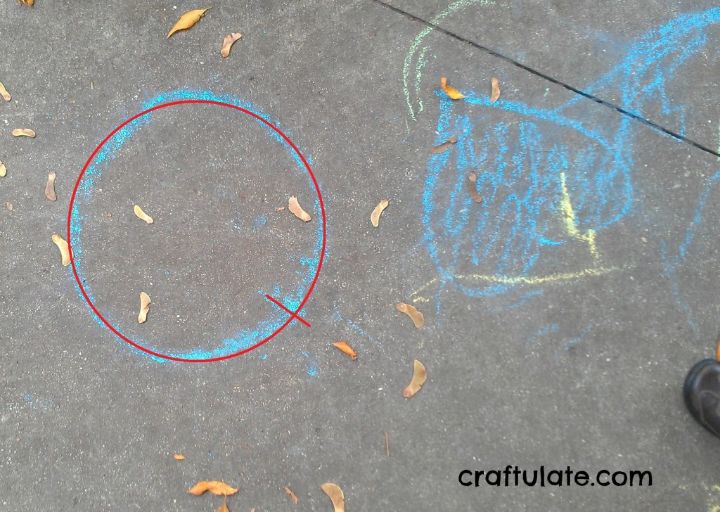 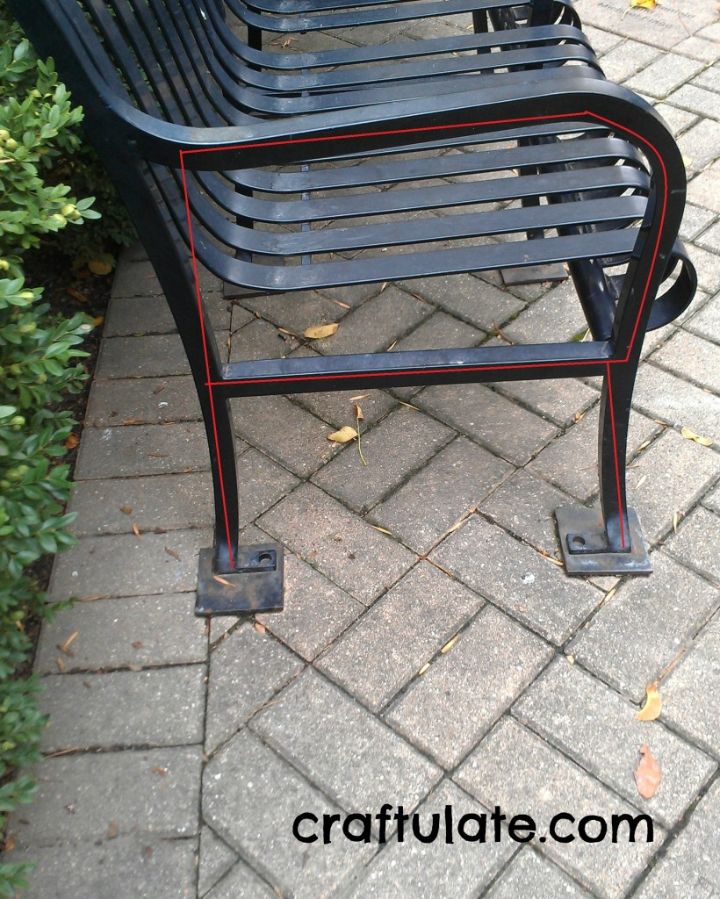 S
Perhaps surprisingly, the “S” was also rather hard to locate. 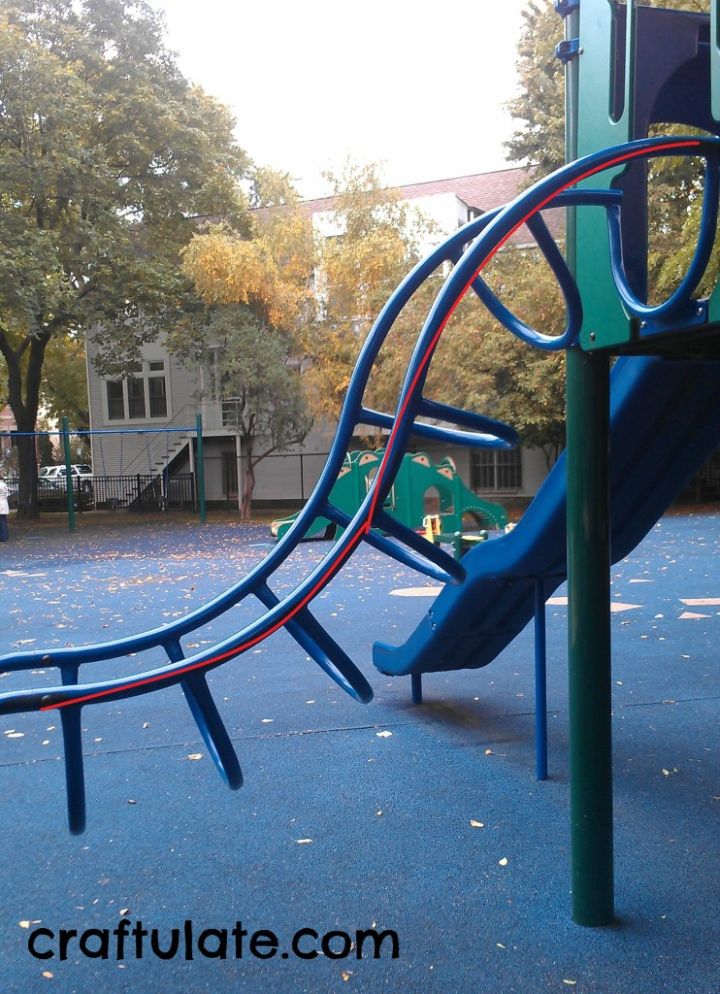 U
We found two options for “U”, so here are both of them! 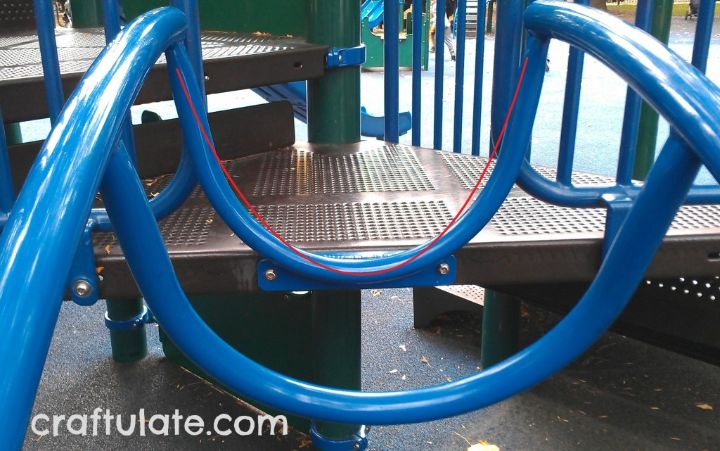 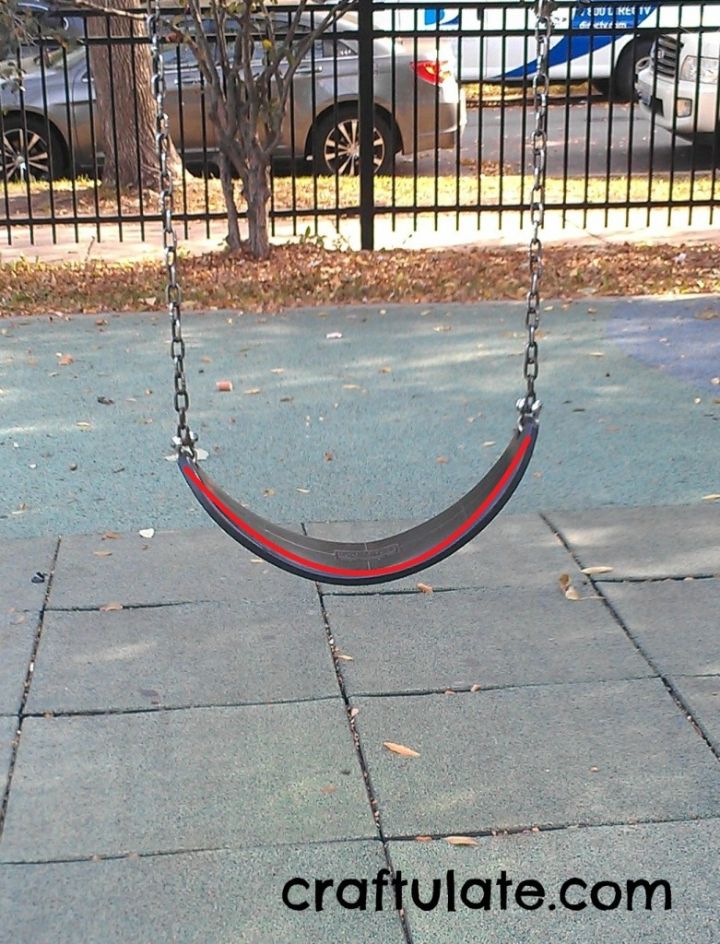 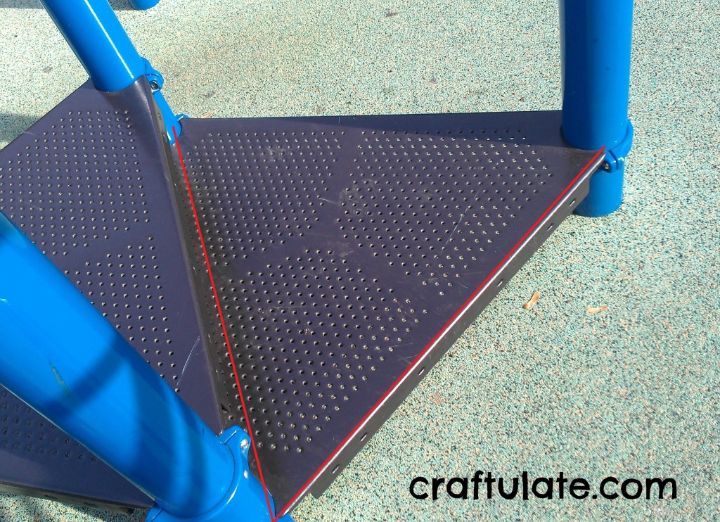 W
We also looked at the nature in the park for letters! 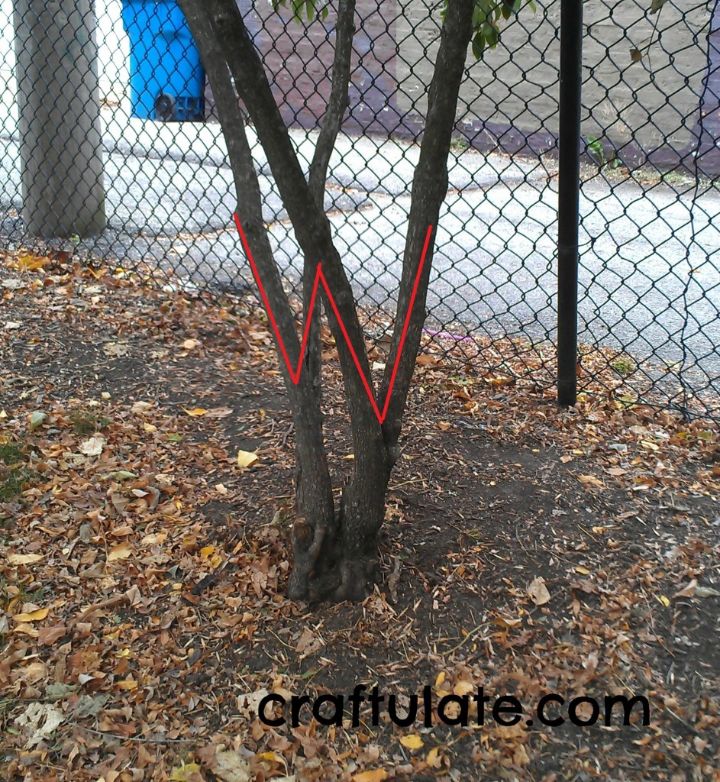 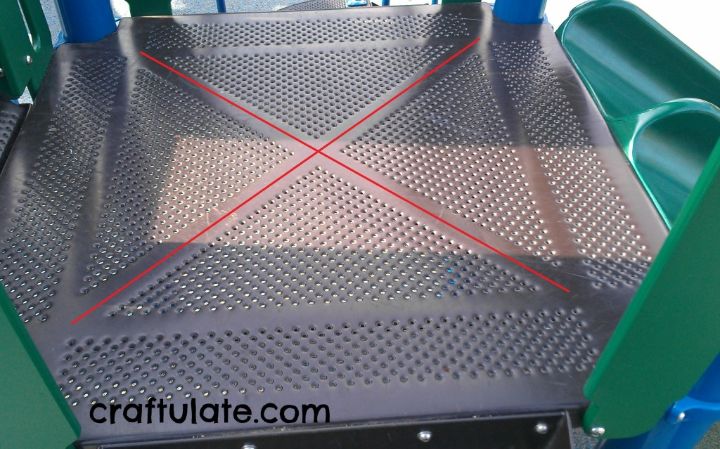 Y
F often presents me with “Y sticks” – sticks shaped like a “Y” – but he didn’t find any on this occasion! 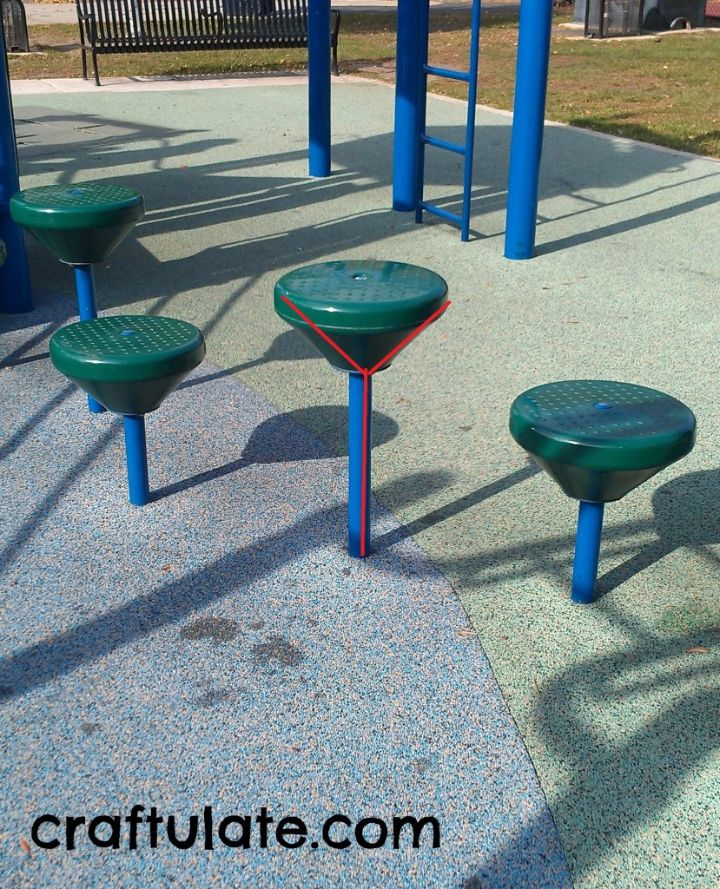 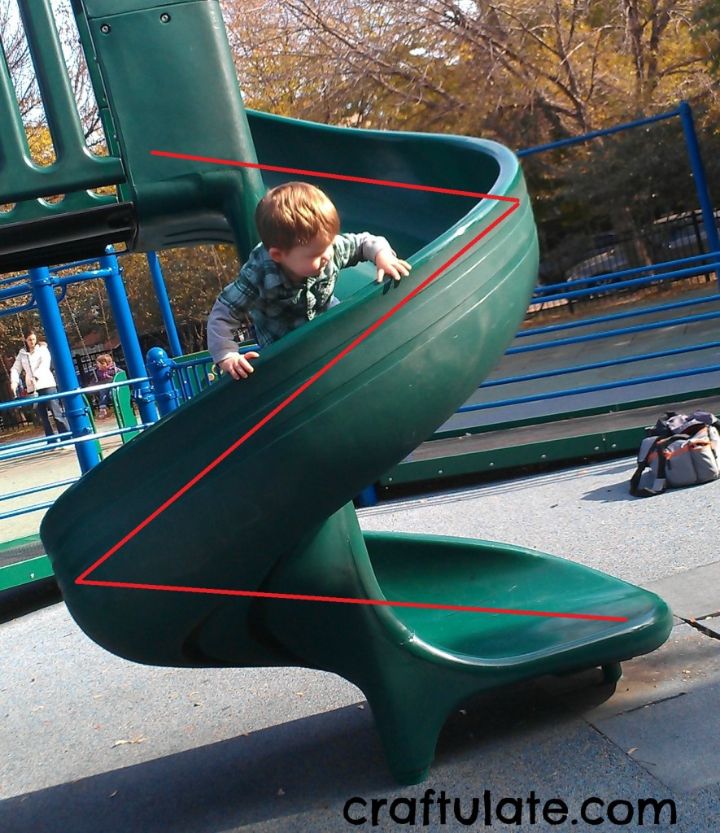 Note: The above photos were taken on two separate occasions in different parks.

So high-five to us – we found all the letters! What can you find at the park today?